Each Thursday in 2018 we will be interviewing one of the members of Christian Writers Downunder – to find out a little bit more about them and their writing/editing goals.
Today interview -Naomi Eccles-Smith


I’m Australian born and bred, originally from Orange, NSW, but have been a Queenslander now for 20 years (and counting).

I’m an unequivocal day-dreamer who has mastered the art of transfiguring my thoughts into picture and story-form (although by ‘mastered’ I really mean ‘managed to somehow hold onto the reins and not fall off’).

I’m an undisputed INFJ, cat-lover, and gamer-geek, with conflicting desires to experience new adventures and remain at home happily levelling up my hermit skills. 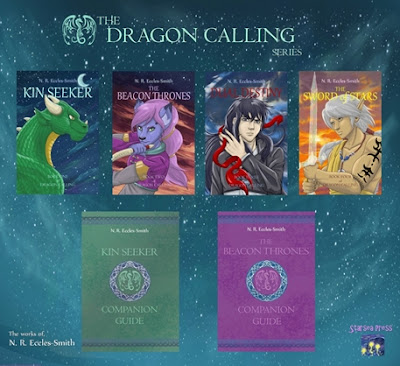 I’ve been drawing for as long as I can remember; throughout childhood my strengths were creatures (particularly dinosaurs) and definitely not people. But, as with any creative pursuit, the more you practice the better you get. It took me a long time to find my true style (around 20 years), but when I did, I was able to master the human form, as well as practically any and every creature my imagination could concoct. 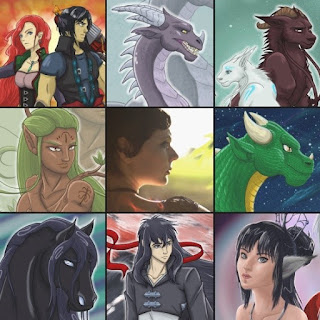 I didn’t get serious about creative writing until I was sixteen. But once I found my love of writing, the flood of ideas burst forth, and hasn’t stopped. I’ve been seriously pursing writing as a career for 15 years, working primarily on one series in particular (the Dragon Calling series).

I write because it is my calling. I draw because that is also my calling. Knowing my purpose and pursuing it is immensely satisfying, but also overwhelming at times. It’s a road less travelled, and many of the years behind me were long, miry, lonely ones. I’m just so thankful that my family understood my passion and my dreams, and never discouraged me from going after them.


Who has read it? Well, I guess everyone that has purchased or borrowed one of the books, lol.
As for who would I like to read my books … well, it would be really something special if some of the people who have strongly influenced me (as a person and as a writer) got the chance to read my books (Jennifer Rowe, Terry Savelle Foy, Joss Whedon, Hayao Miyazaki, J. K. Rowling, Lisa Bevere, just to name a few). Ah, it’s good to dream! ;)


With my writing process, I do a lot of pre-emptive planning in my head. Sometimes things get put down in note form before ending up in the story, but more often they stay as pieces of ‘scenes’ set on pause inside my head; scenes I go back to and play over-and-over and again, expanding, tweaking, piecing together with other scenes until they eventually get typed out.

I have a general idea of where I want to take the story (main plot points), but I don't hog the reins when it comes to the characters. Usually, when I'm in the zone, the characters take over and lead the story where they know it needs to go.

I almost always work on my stories chapter-by-chapter, and will go back over a chapter a couple of times before moving onto the next one. Occasionally, when I'm on a serious roll, the writing keeps coming until I realise the chapter is three times too big. I then get the itch to fix that issue, and go back through and find the right places to divide the scenes until that one huge chapter becomes a more sensible, three chapters.

I love thinking up chapter names, doing character profiles, and world-building. Those are probably my all-time favourite things to do when working on a story, and things I will work on when I feel a little stuck story-wise.

Things that help my creative process are playing immersive console games, reading and watching character-driven books and TV series, and listening to music (soundtracks, theme songs & fantasy/ Celtic instrumentals are my favourites). Also, I enjoy podcasts from Lisa Bevere and Terry Savelle Foy (they help to encourage and inspire me).

I think my biggest challenge is that I’m not very good at marketing strategies or the ‘business’ side of publishing. I do my best, but all those entrepreneur skills and traits don’t come naturally to me at all, and I’m not fond of self-promotion (I prefer levelling up my hermit skills! Lol). Thankfully, I’ve established a pretty solid author platform, and have continued to do monthly blogs (since 2011), and keep on top of my social media avenues (mostly).


I actually don’t read a lot of crafting books; instead I follow several informative author blogs. And one of my favourites is K. M. Weiland’s Helping Writers Become Authors. But she’s also written several writing craft books, including Structuring Your Novel, and Creating Character Arcs. A favourite of mine is the 5 Secrets of Story Structure; the reason being is because I have struggled with the same things as the author (the fear of story structure being too formulaic and thus predictable). But I am learning that that’s not the case, and am really enjoying flexing out of my comfort zone and working on the idea of making story structuring a better practise. 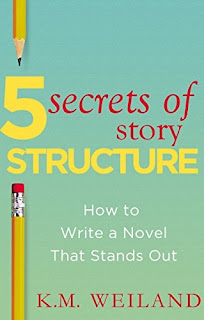 Could a give a shout-out to two? Lynne Stringer (who edited my latest novel), and Nikki Rogers (who has been my friend since high-school  J ).
Lynne’s website
Nikki’s website


Actually my two biggest 2018 writing goals have already been accomplished! Completing and launching The Sword of Stars (Book 4 of the Dragon Calling series), and competing my illustrated children’s book Lonely the Wolf (yet-to-be-published). 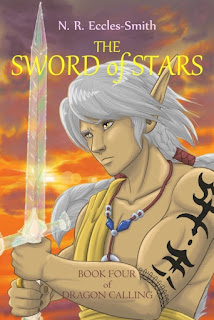 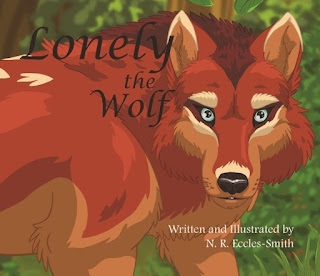 My goal for the rest of the year is to continue working on the Companion Guides for Books 3 & 4 of the Dragon Calling series. I do CGs for each of the novels; the Guides include extra world-building information like maps, creature profiles, summaries of landscapes, plus comics of characters you meet in the books.

Dragon Calling is actually currently being pitched to film studios and traditional publishers via my film and branding agent. If the series gets picked up, my writing goals will change; I will start writing Book 5 of the series and only work on the Companion Guides on the side.


I think as writers, and as people, we cannot help but insert a part of ourselves into every story we write; our passions, our curiosity, our fears, our faith.

My faith is an integral part of who I am, as is my ability to write and draw. That the one would influence the other is inevitable. By how much is the question.

When I’m writing a story, I want it to become its own creation (not a lazy imitation, or a preachy fable); and I want my personal beliefs and inclinations to blend organically.

My series is not what most could conclude as ‘Christian fiction’. I didn’t strive to create obvious Christian parallels within the main plot arcs of my story (say, like C. S. Lewis did with his Chronicles of Narnia), but my faith is an irrefutable facet of my muse, especially in regards to the world-building aspect of my books. My biggest inspiration (and example) would be J. R. R. Tolkien and his Lord of the Rings trilogy and The Hobbit novel. 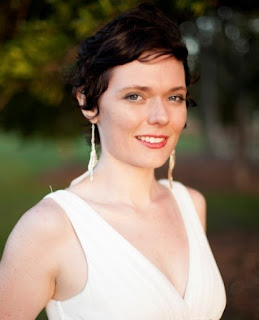 
Currently, she lives on the Gold Coast, Australia, with an assortment of cats and family members.