Rights and Responsibilities of a Christian Writer - by Melinda Jensen 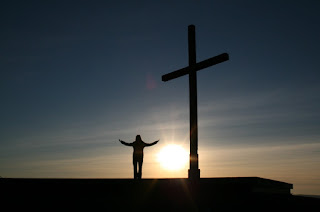 I have always been an avid asker of questions. Growing up, I spent inordinate amounts of time poring over Encyclopaedia and other reference books. If it wasn’t on the somewhat lean family bookshelves, I’d search the school library, snatching segments of time from my lunch break while others played sport or gossiped with their friends.

The information age is, to me, an absolute Godsend, one that is routinely hijacked by less than Godly forces. Such has always been the battle.

How do we sift through the wealth of information and make sense of what is true and what is false? Even more difficult, how do we determine what is conjecture? How educated or informed is our source? And far more importantly, what is the truth according to this world and yet not God’s truth?

Being a Christian writer is clearly not for the fainthearted. We have the right, of course, as human beings, to churn out whatever inspiration comes our way. That’s what so many writers are all about, after all, isn’t it? Freedom of speech? Freedom of the press? Creative license?

As Christians though, our rights are coupled with a weighty responsibility. We are to be ‘in’ this world but not ‘of’ it. Romans 12:2 makes this very clear.


‘Do not conform yourselves to the standards of this world, but let God transform you inwardly by a complete change of your mind. Then you will be able to know the will of God--what is good and is pleasing to him and is perfect.’


Immediately then, we find ourselves limited. That’s not easy for a creative soul and yet, it is a very clear requirement from our Father-Creator. 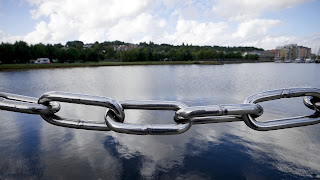 1 Peter 1:14
‘As obedient children, do not conform to the passions of your former ignorance.’


Despite our human right to self-expression, our responsibility as followers of Christ is to ensure our words do no harm, spiritually or emotionally, for words are, indeed capable of deep wounding. Words are also capable of persuading our readers’ thoughts, modifying their attitudes and inciting their passions, whether those passions are positive or negative. It can be extremely difficult to fashion our writing in a way that is real and engaging while maintaining our spiritual integrity. Steering away completely from difficult subjects (eg physical intimacy, domestic violence, and the brutality of war) tends to create a writing style that is flimsy, naïve and almost certain to languish in the slush piles of editors and publishers. Our books need to carry fire, whet the appetite for deeper thinking and sometimes, just plain entertain.

A month ago, I dusted off a book I’d found on my mother’s bookshelves and contemplated whether to read it or donate it to a second-hand book store. It was written by the acclaimed Morris West whom I’d studiously avoided in the past, assuming his writing would be a little too racy for me. In the end I decided it was arrogant for an aspiring Aussie writer like me to shun such a hugely successful Aussie author like Morris West. I should at least give it a try. I could always put it down if it took a distasteful turn.

And so I read it, right to the end as it happens. The subject matter was very much fast-paced political intrigue with a plot that followed the dubious activities of a fictional New South Wales politician and the hapless son-in-law who inherited his legacy. ‘Cassidy’ was neck-deep in corruption and swam in the muddy waters of drug trafficking and prostitution. There were murders and love affairs, infidelity and backstabbing on nearly every page. Yet, to my surprise, the author tackled these subjects with a great deal of aplomb and subtlety. At no point did he descend into lurid descriptions or tasteless dialogue. Instead, what emerged was an incredibly skilled expose of the potential corruption inherent in the human heart and the struggles that take place between the dual sides of our natures – the saint and the sinner.

As an example, the scene in which the hapless son-in-law succumbs to a night of adultery with a young temptress is 'suggested' rather than made explicit. There's no huffing and puffing, no unnecessary descriptions of anatomy or passion, yet we all know exactly what happened. Throughout the book the young woman is described rather fetchingly as 'Miss Owl Eyes' and no tacky objectification of her arises anywhere in the text. The scene in question simply fades after the young woman says that he and she should at least give each other one night before going back to their respective families. He agrees and the chapter ends. The next chapter begins with a hearty shared breakfast in the hotel dining room the next morning. Simple and effective.

That book taught me a lot. I’ve long held the belief that a rollicking good story, captured either on the page or on the screen, benefits nothing from the inclusion of lewdness and graphic description. We can, quite frankly, do without the nudity, the objectification, the horror, blood and gore, and most definitely without the (ever-increasing) presence of rape scenes. We don’t have to cater to the lowest common denominator. In fact, we can help raise the bar for the betterment of society.

In fact, as Christian writers it is our God-given responsibility to do so. I’ll leave you to contemplate Matthew 18:6:


‘If anyone causes one of these little ones--those who believe in me--to stumble, it would be better for them to have a large millstone hung around their neck and to be drowned in the depths of the sea.’

Melinda blogs extensively on emotional and psychological abuse at www.killingmesoftly.co. She has had a smattering of short stories, poems and articles published by both print and online publications over the last ten years. Her current efforts focus on scripting and illustrating a book aimed at helping the disadvantaged to make the most of their lives, discover their God-ordained purpose and break free from the chains of poverty. She has walked the walk for decades and, in fact, still does.