Question 1: Tells us three things about who you are and where you come from.
Question 2: Tell us about your writing (or editing/illustrating etc). What do you write and why?

I write contemporary fiction with a message. I enjoy writing stories that don’t just entertain or provide escapism, but also leave the reader sitting back and thinking deeper about their lives. So I talk about contemporary issues – TV and the media, relationships, transparency and honesty, the concept of friends in social media or balancing work with life. In them, I’m encouraging people to dive a little deeper into life by looking at what makes the world around them tick. In doing so, they might find a little of themselves as well.

My first manuscript (Pastor Swap) was an ACFW Genesis finalist and OCW Cascade finalist in the USA, and addressed the concept of churches and reality TV. My second manuscript (The Baggage Handler) also semi-finaled in the Genesis comp and explores the concept of dealing with emotional baggage.

I’ve been working with James L Rubart as my mentor, so it’s mind-blowing to have the guy whose books you are reading suddenly reading your work. I’ve now signed with the Steve Laube Agency, so it was a buzz to have Steve read – and love – The Baggage Handler. He made it to the end of the story, which I count as an achievement considering his reading workload.

And recently I've been blogging on NovelRocket.com, which meant I had the chance to have work in front of some really big names in Christian fiction. Did they like it? I don't know. But it was good to at least have the chance.

Who would I like to read my writing? People who would benefit from diving a little bit deeper into life. And, like any wannabe debut author, as many of those people as possible!

I’m a pantser trapped inside a plotter’s body. I remember meeting Robert Ludlum at a book signing in Adelaide when I was 17, and he told me that he plots his entire book, and knows the start and end point of each chapter. Then, putting that aside, he writes the story to get to that point. Considering he’s my literary hero, I’ve adopted that – and I've found it works really well for me.

I’ve also developed a two-speed process that works for my timing and the way I create. I’m a big dictator (not in the political sense), so I will often dictate entire chapters and then, in transcribing them, edit as I go. That allows me to be free (like a pantser) but also focussed (like a plotter). It also means my first draft is almost a second draft because I fix things along the way. It’s not conventional, but it works. And it means that in downtimes in my freelancing business when I’m able to focus on my writing, I can churn out up to 8,000 words a day when I’m flying.

Oh, and I often write in my hammock.


Question 5: What is your favourite Writing Craft Book and why?

I was given a copy of Strunk and White’s Elements of Style when I studied journalism (back when journalism was still journalism) and I still use it. I know that I’m getting things right. (Although now that I’m focussing on the USA, the Chicago Manual of Style means I don’t completely come across as a failed 4th grade English student from Boston).

I’ve also had some good use out of Shawn Coyne’s The Story Grid – just another way of looking at story and structuring it in a way that keeps the pace moving.

Wow. Way to get me in trouble with those I don’t mention … these are but a few of the people I’ve come to know on CWD. Here goes:
Question 7: What are your writing goals for 2018? How will you achieve them?

To have what I've written published and to add to the two manuscripts I've finished with one of the many stories I've already storyboarded.

How will I get there? By working hard on the story, the platform and the prayer, and now that I’m working with an agent, enjoying this part of the process.

It drives all of my writing. I believe that all creativity comes from the Creator, so it follows that my stories are from Him as well. My faith is also something I explore, with questions about everything. That comes through in my writing as my characters often have the same questioning approach. 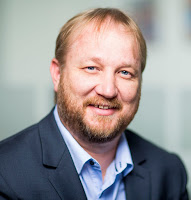