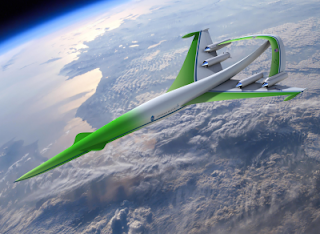 I’m a relatively late starter to fiction writing. My eyes were opened to the possible power and influence of fiction by seeing how hypothetical stories can help managers relate to possible future scenarios, which helps them to plan for such possibilities. Even though the stories’ details will almost certainly be wrong, presenting scenarios in story form lets people identify with them in a way that isn’t possible using only a formal descriptions of the scenarios.

This got me interested in the relationship between fact and fiction in ostensibly fictional stories. The key is the distinction between a story’s plot and its underlying theme.

Unfortunately, terminology can be a problem here. By ‘theme’, I mean the story’s deeper meaning, lesson, or moral, such as ‘don’t judge a book by its cover’. It’s usually related to the protagonist’s character development; eg, learning to give the benefit of the doubt. The theme is distinct from (although related to) the story’s genre, topic and plot.

For a reader to be able to relate to a story, the story has to be applicable to the reader. However, a fictional story’s plot is usually directly applicable to nobody! For example, very few readers are actually boy wizards. Even in non-fantasy genres, no reader is ever likely to find themselves in exactly the situation described in the plot of any work of fiction.

In contrast, a story’s theme can be directly applicable to all readers. Even though readers may never have to fight an evil wizard, they can nevertheless identify with the need for courage, tenacity, ingenuity, etc.

The fact that a theme is relevant to people’s reality reveals that it isn’t actually fiction. So, in a fictional story, the plot is fictional but the theme is not (or, at least, it is not intended to be: some readers may disagree with the theme and deem it false.)

The distinction between plot and theme is fundamental to many passages in the Bible. Probably none of us will ever experience the plot in any of the Bible’s parables, but we’re all called to apply the theme behind every one of them. So, regardless of whether we consider the plots to be fictional or not, we treat the themes as non-fiction.

Because readers can relate directly to a story’s theme, it plays a significant role in hooking readers. Our writing can benefit if we give serious thought to our stories’ themes, and not just their plots and characters.

I’ve found that selecting a theme for a sequel, or a follow-on book in a series, can be tricky. While it’s easy to devise a new plot, it’s not so easy to avoid repeating the previous story’s theme—or worse, not having a theme at all. Repeating the theme requires the protagonist to go through the same character development journey, which suggests that they never actually completed the journey in the first volume despite probable indications therein to the contrary. And if there’s no theme, then the character undergoes no development at all.

Do you put conscious thought into your themes, or do they just happen?

These thoughts were bought to you by Peter McLennan at 06:42