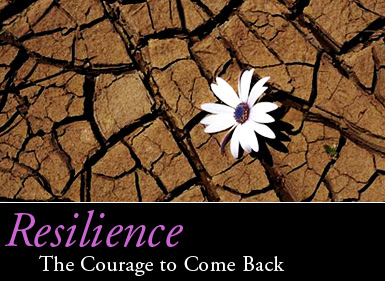 After a wonderful four days in Brisbane, I'm home again. Having taken in the CALEB Awards dinner, Writers Fair and presented a Masterclass on my first three days there, I had a bit of down time to spend on Monday and decided to visit the city. I caught the bus in to the CBD and covered so much of Brisbane on foot, my toes were blistered. I explored the Queen Street Mall and strolled along the river bank watching ferries, river cats and a couple of paddle steamers. I found a great mangrove boardwalk which brought me close to the Botanic Gardens.

As I did all this walking, I couldn't help thinking about the horrific floods that swept through last January, devastating the ground I was stepping on. The river-front Jelly Fish restaurant had a spiel on their window about how they needed to put on flippers and snorkels to get to work and had to battle with octopuses and squid in their kitchen. I found it awesome that they were able to recover from a catastrophe of such magnitude and resume business with their senses of humour intact.

I remembered how I'd watched the TV coverage with disbelief, and when Queensland Premier, Anna Bligh, had addressed the nation with tears in her eyes, assuring viewers that they would all recover and bravely build their lives back again 'because they were Queenslanders'. With all of this in mind, and coming from South Australia, I found my walk deeply moving. God has filled human nature with heroism and resilience.

It doesn't take a natural disaster of this scope to draw the quality out of people. As writers, drawing on reserves of grit and determination is a way of life. We sit at our computers, we devote hours to honing our craft, determined to use our written words as an art form to bless others with what we find in our hearts. Some authors paper their walls with rejection slips from publishers, but keep plugging on.

We take on board feedback from editors, often starting all over again. We slash out entire scenes, we shuffle events in our stories around hoping to increase the tension, we groan at the sight of red marks all over our work but get stuck in to making changes. We pore over Thesauruses in the attempt to find that elusive word which is even more perfect than the one we've originally chosen. We ruthlessly pluck out extraneous words and scan each line carefully for those subtle 'point of view' violations within scenes. We re-phrase huge sections because we realise we've been 'telling' rather than 'showing' in our stories. Then when it's all polished to our satisfaction, we venture out trying to promote our work, often cringing at public places while folk give our books cursory glances, shrug their shoulders, wish us luck and move on.

I was overwhelmed last Friday night to be presented with the CALEB Award for my novel, Best Forgotten. My knees were knocking together so hard, I could barely stand. I'd be surprised if I got a wink of sleep that night. For me, this honour was the culmination of years of hard work during which I often felt like a complete duffer. Writing was a sacrifice in both time and finances. Even earlier this year, I found myself wondering if I should stop, but decided to keep going because I have so much passion and emotion tied up in it. Like many others who read this blog, I'm prepared to accept the uphill climb because I'm a writer.

Thanks to everyone who has congratulated me, and I'm delighted to especially thank my publisher, Rochelle Manners, because Best Forgotten wouldn't even be available without her, of course. She has been too awesome for words, and we all know that coming from somebody who works with words every day, that is saying a lot.

To my fellow writers, keep being resilient. I appreciate you all.

Paula Vince is an award winning fiction novelist and homeschooling mum who lives in the Adelaide Hills with her husband and children. She believes that stories are a particularly powerful medium to touch hearts and help change lives.

These thoughts were bought to you by Paula Vince at 05:44