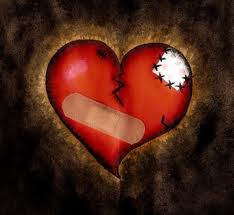 No one likes conflict, except, of course when it’s in a novel. Then those very things that make our stomach churn or head ache, can draw us in and take us to another world.
As we know each story should have Goal, Motivation and Conflict.
In its simplest forms, conflict is whatever stops our characters from achieving their goals. It doesn’t matter if it’s people, emotional issues, events or things, as long as it stops them from attaining that goal – then it’s a conflict.
In my story, I am Slayer, my heroine saves the lives of Christians. This is her goal. Her motivation? This is a calling, given to generations of her family, by God. The conflict comes from demons in the shape of vampires, and other evil creatures, which try and stop her.
Sounds easy doesn’t it? Well, to a certain extent it is. I’ve just outlined the book’s premise and shown you external, or physical, conflict.
Here’s the more difficult part. In order for Anastasia to become real to my readers, she needs to have internal, or emotional, conflict.
So what could internal, or emotional, conflict be?
It needs to be something which can be sustained throughout the book. It also has to be something that comes from within the character.
In my opening chapter, Anastasia searches for a group of Christians hiding in a bunker. She has to get there, and get them back to sanctuary before The Others find them. An external conflict arises, an argument, and they don’t escape in time. In the ensuing battle, she loses one of her charges, a little boy. He’s dragged off to parts unknown by The Others. Anastasia is devastated. Her confidence has taken a battering, and she is now scared to get close to anyone else. She doubts her ability to fulfil her calling. And this affects her decisions for the rest of the book.
Some may think that the internal conflict would be the argument Anastasia had, but it's not. Anything that could be solved with a few well-placed words, doesn't come under that category.
Internal conflicts come from our emotions; so feelings of abandonment, deep distrust of authority figures, a desperate need to fit in; these perceptions shape us and make us who we are. It’s the same with our characters.
Don’t be afraid to dig deep and find out what really makes your characters tick. What the driving force behind their behaviour is. That way you’ll not only make them more believable, you’ll add a depth to your characters that your readers will love.
Here’s an excerpt from I Am Slayer.
Donatella Sabatini was Lucien’s personal handmaid. She had delusional thoughts that Lucien loved her and would protect her from anything. Stupid girl. She irritated me on more than one level.
‘Still a servant, Donatella?’ I shook my head, knowing it would annoy her. ‘I have a pair of boots that need cleaning if you’re not busy.’
A low, ugly sound ripped from her throat. She advanced toward me but Lucien held up his hand for her to stop. Like him, she was dressed in ‘ye olde London style.’
On anyone else her dress might have been romantic, but the red and black bustier, full skirt and white puffy sleeves reminded me of a black widow spider.
How apropos.
‘Now, now, Anastasia,’ said Lucien. ‘Don’t be like that. You have something I want.’ He took two steps forward and plucked at the fingers of a white glove. ‘And I…’ He grinned and my blood chilled. ‘…have something you want. Perhaps we can trade?’
He snapped his fingers again, and the men behind him parted.
A guard came forward; his bulging arms gripped a struggling figure. My heart plummeted, bile burned my throat, and I swallowed hard. The scene began to fade, and I struggled to clear my head.
This couldn’t be happening. I kept my gaze neutral, uninterested, even as a silent scream echoed through my mind.
Billy. 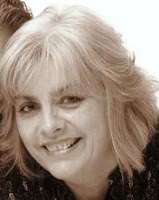 Lee Franklin lives on a small property in Western Australia, along with her husband, son, dogs and cows. She loves all things girly, suspense, pink (the colour not the singer), cold grey skies and the smell of rain.

These thoughts were bought to you by SRI at 00:00