God in my Years 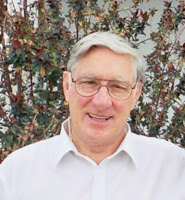 How did I get into the ministry and then end up writing a couple of Devotional Meditations? Let me give some brief highlights.

It was 1959. I was happy in my superficial Christian life. Apparently God wasn’t! He arranged a visit by Billy Graham to Australia, an interim minister, Denby Homes and wife Marie, to my home church and an interest in both from me.

Denby organised car loads from our congregation to attend the Sydney showground meetings. It was simply great. On the last day I was sitting on the grass under falling rain captivated by the choir and then Billy Graham. My favourite hymn came from that time,
“All that thrills my soul is Jesus.”

It was later in 1959. I was unsettled again. I began to consider becoming a minister in the Churches of Christ. That Denby must have been praying about me. I felt safe as it was past the time for applications for 1960 acceptances. Still, I was escorted to Woolwich Bible College and met a wonderful, gracious man, Principal Mr. A. W. Stephenson.

!959 was coming near to its end when I received my acceptance to start the next year. I had mixed emotions. Most of my family, friends inside and outside the Church nearly fainted when it became known. 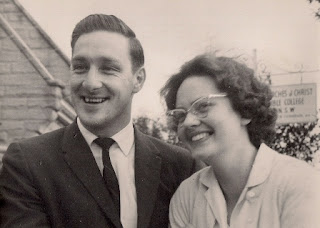 Early 1960 I entered the grounds of College. This was to be the beginning of a most remarkable experience of encountering God’s grace. This is something that hasn’t ceased over all these years. I must express my gratitude to my church and sporting mates who, out of their meagre incomes, helped me through those four years of College. To my long-suffering, mentoring pastors, Dr. J. McKenzie and Reg Sack I owe a great deal.


Soon it was 1963. Graduation year and the beginning of a new era. Again the Lord knew I was an ‘Adam without an Eve’ so He arranged for a girl from Toowoomba to enrol for the 2 year Missionary certificate. Mary Pedler was to be God’s gift to be my help-meet in ministry. I graduated. Mary stayed on.

1964 was a long year until December when she graduated and we married. Since then we have been a team expressing our gratitude to God for ministry through being Church planters at Orange and East Maitland, plus keeping a church alive in Gladstone, Qld. Now retired we have the privilege in our small town in Tassie to see another congregation being formed.

In many ways we have witnessed the Lord’s faithfulness through the tears and triumphs of life and service. We have three adult children Lance, Craig and Gaylene, and two daughters-in- law. We are proud grandparents of six (almost) grand-children.

In the 1970’s the way opened for Mary to begin to write and eventually become the multi-published author she is today. That wasn’t without its pain and strain. In later years Mary encouraged me to write some of my meditations and have them published. (Encourage is husband speech for prayed, nagged, threatened, cajoled and plead!) So being the obedient, though procrastinating husband I am, I did at last pen my thoughts about children and about marriage. Rochelle Manners from Even Before Publishing took the risk and in 2011 ‘Children –God’s Special Interest, a 31 Days Biblical meditation appeared. At the same time ‘From Eden with Love’ hit the shelves. This is about the biblical frame-work about Marriage.

It is now July 2011 and I’m doing this Blog. Imagine that!
I’ve tried to make words out of Blog. Do you do that sort of thing?

May what we write seek to do that.
Ray.

These thoughts were bought to you by Ray Hawkins at 07:39

Email ThisBlogThis!Share to TwitterShare to FacebookShare to Pinterest
Labels: God in my years, Ray Hawkin