Behind the Scenes: Kin Seeker by N R Eccles-Smith

Today we go "behind the scenes&"; as Jeanette (Jenny) O'Hagan interviews the fabulous Naomi Eccles-Smith. 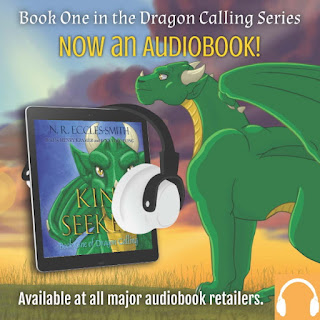 Jenny: Congratulations on the recent completion of your series and the audio version of your novel Kin Seeker. What inspired you to write the Dragon Calling series?

Naomi: Thanks, Jenny; it’s such a big personal accomplishment to have the Dragon Calling series completed. And the audiobook of Kin Seeker is a long-desired dream come true! As for inspiration, I was actually working on a completely different story at the time (it still had dragons in it though, ;) ). While world-building for that story (establishing creatures, traditions, lore and the like) a legend of a dragon began to unfurl; a dragon famous in history for … something. At the time I didn’t know why this dragon was famous, and what deeds he accomplished that made him a legend. But I was super curious, and soon my desire to find out more about this dragon outstripped all my ideas and aspirations for the original story. I wanted to follow this dragon, and write his story. And an entire five-part series grew from that.

Jenny: Wow, our stories can have minds of their own. Such fun to see where they take us :)  Tell us more about the series. Which book was the hardest to write and why?

Naomi: Dragon Calling is a five-part epic fantasy adventure, and follows the story of a young dragon named Laeka’Draeon as he embarks on an epic and perilous quest to find the others of his kind.


The series follows similar veins as Emily Rodda’s Deltora Quest, Peter Beagle’s The Last Unicorn, Tui T. Sutherland’s Wings of Fire series, and Tolkien’s works. Its intended audience is the Upper Middle Grade bracket (ages 10+). I wanted the story to be accessible to a younger audience, whilst offering a meatier literary experience than standard chapter books, but keeping the overall experience wholesome.

The hardest book to write … well Kin Seeker (Book One) certainly had its challenges as I was a fledgling writer, still flailing about trying to find my writer’s voice whilst also learning the art of writing itself—especially the technical and structural side. But The Last Calling (Book Five) was probably the hardest due to the enormity of pulling an entire series together, making sure all the plots and threads found their way to a satisfactory end, and just wrangling with the intensity of the story itself and all the characters involved in the dynamic and life-threatening events imposed upon them. Fortunately, by the time I had to write the final book I’d accumulated years of creative writing experience, so I was able to handle its daunting load.


Jenny: I remember similar challenges with my Book Five, Caverns of the Deep, pulling all the threads together to a satisfying series finale. What do you enjoy most about writing fantasy fiction?

Naomi: I love how I can write about any and all of the universal motives and themes found in other genres, but I can also have monsters, mythical beasts and magic, and such things be a perfectly reasonable addition. 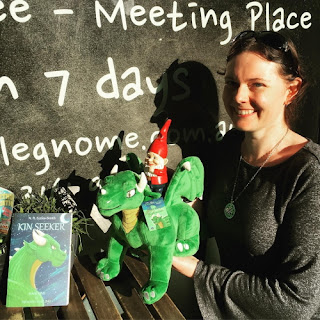 Jenny:  Yes! I'm with you with fantasy. How did you go about making Kin Seeker into an audiobook? What challenges did you face?

Naomi: First, I did a lot of research into the methods and avenues available for creating audiobooks. There’s a smorgasbord of instructive information found via blogs and websites, and all of it free! Research is vital for something like this. Also, knowing exactly what you want for your audiobook project; listening to audiobooks in genres similar to your own can help with inspiration and ideal narrator accents and styles etc.

For Kin Seeker, I wanted two narrators, male & female, and I wanted them to dual narrate the story (alternate between chapters) but be assigned specific characters. I also wanted thematic music added to the start of each chapter, for atmospheric effect.

If I was going to have an audiobook done, I wanted a dynamic, professional, cinematic feel. It was the main reason why it’s taken years to get it done—it was going to be an expensive project!
I was listening to one of Merphy Napier’s (a book/ reader influencer) vlogs and discovered her top five audiobook narrators. From there, I researched them myself, before getting in contact with Kate Reading & Michael Kramer (a juggernaut duo of fantasy audiobooks). And while Kate considered that she and Michael might have voices too mature for what I wanted, she proposed I contact their son, Henry Kramer and his girlfriend, Jenna. I began correspondence with them, received voice samples, and realised I’d found the perfect duo for my story!

While I didn’t do the hardest part of the project (the voice acting), there was still a lot to be involved with. I needed to provide breakdowns of character profiles and voice ideas, as well as samples and suggestions. I also needed to compile pronunciation guides for all the fantastical terms and names.

I think the trickiest part was working out the contracts and payments. Both narrators are American, so there were conversion rates to content with, as well as Henry being part of a union, while Jenna wasn’t. The payments being large also required going through a specific international money transfer company—which required additional rigmarole. We’d also agreed to a Shared Royalty between the three of us to help lessen the initial commission costs (on my end); this required an additional contract made and signed. 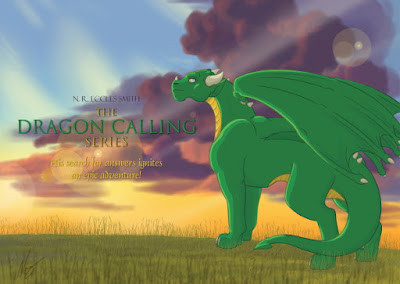 Then there was the music; I eventually went with the AudioHub to acquire extended licenses for exclusive music pieces. That required dozens upon dozens of hours searching and listening, compiling, and assigning to chapters.

Finally, I chose an Australian audiobook studio to do the full audio editing (to save on having to go through more conversion rate and bank fiascos). Luckily a found a company relatively quickly; Brisbane-based, that specialised in music editing too!

It was definitely a much larger and more involved project than I originally thought (and took around 11 months from start to finish). But the final project is absolutely fantastic and worth every hour and effort poured into its creation. Now … to find the time and funds to do the rest of the series!

Jenny:  I don't generally listen to audiobooks, but now I want to hear Kin Seeker. It sounds fantastic. All the best getting the rest of the series done. You are also an accomplished artist as well as a wonderful writer. How does your art intersect with your writing? Which is the hardest to do? Which is the most fun?

Naomi: Thank you for the compliments! My art and my writing are like two sides of the same coin; both are an integral part of my creative expression. I am able to bring my characters (and scenes) to life through illustrations—in addition to descriptions—which is quite advantageous, especially since my artistic style tailors toward the same audience as my series (people who love anime and animations as much as written fantastical stories).

As for which is the hardest? Well, I suppose more often than not writing is the harder of the two. Although I’ve done comics before, and they’re definitely the hardest since they’re essentially a combination of the two. And the most fun? Probably the art—since the projects take less time to do and so the ‘gratification buzz’ turn-over is more regular. But in saying that, writing probably gives me the most satisfaction, once completed. 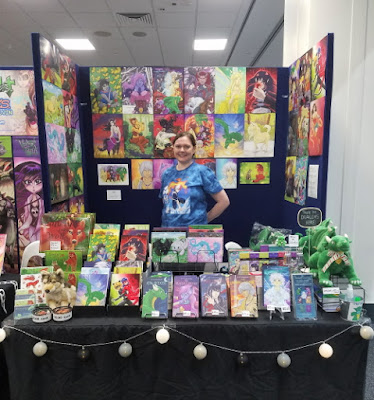 Jenny: I love how the two talents work together, complimenting each other. Now that you’ve finished your series, do you have any other books or projects in mind? Will they be related to the Dragon Calling world or a different fantasy world or maybe even in a different genre?

Naomi: The way Dragon Calling ended left the possibility of a sequel story taking place. And one of the underlying arcs within the story offers the opportunity to expound upon an important historical event (in the form of a prequel). But I don’t feel the need to touch the world of Valadae and its timeline at this stage. Leaving it as a possibility is enough for me.

As for other projects, I do have an extensive illustrated Companion Guide I want to finish for the series, but it’s a slow WIP (and a big one) so I’ll be working on other things in and around it.

I do have plans to start a new story next year! It will be completely separate from my Dragon Calling series. In fact, it will slot into a completely different genre; at this stage it’s shaping up to be a supernatural thriller/ mystery. I’m really excited to see how it unfolds and am especially enamoured with the characters, even though I’m still only at the concept and pondering stage of the writing process.

Jenny: Something to look forward too :) Thank you, Naomi, for taking the time to share about your books and experiences. 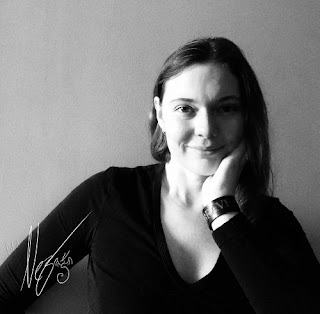 Currently, she lives on the Gold Coast, Australia, with an assortment of cats and family members.