When I was about fourteen, I discovered Star Trek. I loved it. We only had the original series back then—on rerun, by the way. I’m not that old. I remember going with friends to mini conventions which basically involved dressing up (you didn’t call it cosplay back then) and binge-watching series episodes on the big screen. I was in true geek heaven. When other kids had posters of KISS, ABBA, or The Bay City Rollers (yes, really) on their wall, I had pictures of Kirk, Spock and the starship Enterprise.
Yep. Geek. How amazing is it that William Shatner recently travelled to space at 90-years-old?
There have been several iterations of the Star Trek universe since then and while I’ll always love Shatner, Nimoy and DeForest Kelley, in the original series, my favourite Star Trek series is The Next Generation (TNG). Set a hundred years after the original series, Sir Patrick Stewart, as Jean-Luc Picard, gave a new dignity, and eloquence, to the role of Starfleet Captain.

The TNG crew also featured in my all-time favourite Trek movie, Star Trek: First Contact. This movie was a lot of fun and it showcased one of the most sinister villains of the Star Trek Universe, The Borg. The Borg are black-leather-clad cyborgs. Their starship is a huge cube with weaponry that can overpower almost all other ships. They operate as a hive mind—The Collective—and are controlled by the Borg Queen. Their goal is perfection, and they operate by assimilating other races into their own by injecting nano-bots into their victims.

They are a powerful enemy of all civilisations and their demoralising warning to all is: Resistance is futile. The Borg are too strong. Give up now.

I won’t spoil First Contact for you (but if you haven’t seen it, where have you been?) but those words, resistance is futile, are used to great effect in the climax of the film.

By now you’re probably wondering what this has to do with writing.

Well, this week I’ve had the Borg catch-cry in my head as I’ve pondered a different, but very futile kind of resistance: resistance to writing.

I suffer from this resistance a lot—even though I love writing. Do you? I know I’m not alone.

To create a world and immerse yourself in the lives of your characters is a thing of joy. You get to know these make-believe people, torture them in some diabolically cathartic way, then cheer them on as they overcome the obstacles you throw before them. What’s not to like? Writing can be so much fun, so why do we resist sitting down and filling empty pages with our words.

Resistance is weird. Why will we do almost anything other than write our first draft of a fiction novel? I’ll work on my website, write a blog post, take the dog for a walk. Anything. I have a friend who says her cupboards are never cleaner than when she’s drafting a novel.

I’m convinced resistance is different from writer’s block. While these two problems can be related, in my experience writer’s block is usually caused by a problem within our stories. If our plot isn’t working or if the goals, motivations and conflicts of our characters aren’t sound, we can easily stop writing and feel blocked. Resistance, on the other hand, is often experienced even before we sit down to type.

The resistance I’m talking about is also different from the inability to write that comes from serious life situations. I couldn’t write for six months after my brother died. That wasn’t resistance, it was grief.

Resistance to writing is the psychological force that pushes back against us when we try to create.

In the realm of physics, resistance reduces to the ability of a wire to conduct electricity. The larger the resistance, the less electricity passes. In the same way, resistance to writing holds back the creative flow.

Inertia is another physics term that says a mass will stay still or keep moving in a uniform way unless it’s acted upon by an opposing force. If you have a large SUV broken down in front of your driveway, it will stay there unless you are strong enough to push it out of the way. The good news is that once you get the SUV moving, inertia helps to keep it moving. The harder you push, the more the vehicle gathers momentum. But if you stop pushing, it will stop moving because of gravity and friction. Now if you are trying to push it uphill and you stop pushing...

Writing resistance is like that inertia. If we can overcome it, we gain momentum that keeps us moving forward, but if we don’t maintain our force and intention, our stories grind to a halt.

Resistance to writing can lead to futility. It can stop us in our tracks, take us captive and rob us of the satisfaction of creating a body of work we are proud of. It can cripple our self-esteem, assimilate us into the mundane and crucify our joy.

But fighting resistance is not futile. It can be beaten even if, like me, you have a bad case of this malady.

Here are some things that can help:

When we start, even with tiny goals, and give ourselves permission to write badly, a strange thing happens. The forces of inertia are overcome, and we begin to move forward. Our 300 words build momentum and become 500 words or 1000, until the story takes a life of its own.
I began this post by talking about Star Trek and the Borg. In this case the Borg were the opposing force speaking words designed to demoralise their victims. Resistance is futile. But resisting the Borg (sorry, spoiler after all 😆) wasn’t futile.

Nor is resisting resistance. With writing, the power of resistance is itself futile. It can be beaten.

And no alien cyborg is gonna stop us!

Have you wrestled with resistance? What tactics do you use to beat it? Let me know in the comments below. 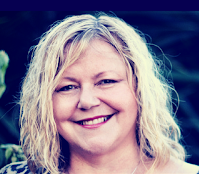 Susan J Bruce, aka Sue Jeffrey, spent her childhood reading, drawing, and collecting stray animals. Now she’s grown up, she does the same kinds of things. Susan worked for many years as a veterinarian, and now writes stories filled with mystery, suspense, heart and hope. Susan also loves to paint animals. Susan won the ‘Short’ section of the inaugural Stories of Life writing competition and won the 'Unpublished Manuscript' section of the 2018 Caleb prize. Susan is the editor of 'If They Could Talk: Bible Stories Told By the Animals' (Morning Star Publishing) and her stories and poems have appeared in multiple anthologies. Click here to check out Susan’s writing and artwork on her website.

These thoughts were bought to you by Susan J Bruce at 08:30