Apparently 2020 has become an adjective. I know it kinda already was. You know, perfect vision and all that, but now it has a whole new meaning. I’m not going to try and define it for you, I’ll let the lexicographers do that for me when they add it to next years updated edition of the dictionary. But I have to say it. The old meaning has now joined the archaic words of the old century and a new meaning for the word/phrase is emerging.

Have you ever read the dictionary from start to finish? I know two people who have accomplished this, though I’m starting to wonder which version they read. Have they kept up with the new additions?

Over 2000 words, senses and subentries were added to the Oxford English Dictionary in 2018 and over 650 in 2019. Some of these blow your mind - xoxo, Jedi mind trick? I mean, seriously? Come on. Jedi mind trick is now in the english dictionary? Just take a moment to think about how language is changing. People are always creating new ways of how to communicate to each other; they want to use new words and phrases to express themselves in a unique way.

I just read an article about two AI robots creating their own language to communicate to each other without any influence from its creators. That’s astounding and relatively frightening, but that’s also a very big hole I don’t want to fall into discussing right now, lol.

So, how has the evolution of language affected the way we write? If you’ve read the likes of Jane Austin, J. R. R. Tolkien or even C. S. Lewis, the language they used is distinct to their time period. They were true storytellers, rarely showing the story and each having a unique, but similar melody and tone to the structure of their sentences. They breathed intelligence and depth into each page.

As books have become more accessible, the need to cater to all ages has helped drive the use of language and how we apply it to our writing. The words we use in a children’s book are very different to that of adult fiction, which in kind is very different to young adult. Where third person, past tense was the norm, we are now seeing first person, past tense; first person, present tense and even third person, present tense.

If you’re like me, you’ve thought first person, present tense is just too awkward to read or even write, but you have that little niggle to want to experiment and challenge yourself; just to see if you can pull it off and create an incredible story.

With the changes in language, the dialogue of the characters in young adult books has also adjusted and become fluid in its variety. I’ve read of so many authors getting their teenage children to read their manuscripts so the dialogue is up to date with how they communicate to their friends, right down to each word or phrase. Cool or rad are probably so outdated to describe something you think is … well, cool, but without knowing what words kids are using these days, my own young adult stories may be seen as old fashion and not even worth reading.

I think it’s important for us as writers to be up to date with the new phrases of the 21st Century, especially if we’re writing contemporary fiction, but I think its also as important in young adult fiction as well as fantasy and science fiction so the characters relate to the current generation. But I also love the idea of using those old archaic words that no one uses anymore. You know, the ones that really roll off the tongue like discombobulate, flabbergast, fandangle, magnanimous or superfulous. We really need to bring some of these words back.

What other changes has language had on the way we write? What’s your favourite word in the english language? Let me know by posting a comment below. 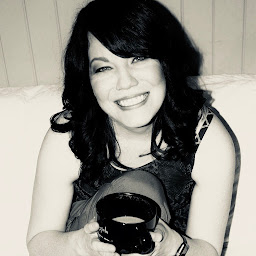 K.A. Hart is a born and bred Territorian who moved to Queensland and had no choice but to stay after her assimilation into Toowoomba's infamous, collective known as Quirky Quills.
Since then, K.A. Hart has had two short stories published. Stone Bearer, appears in Glimpses of Light and Tedious Tresses, in the As Time Goes By Mixed Blessings anthology. She is currently working on a fantasy novel.