The Characters We Become

We’ve all done those quizzes. The “Which Character are You?” ones. We answer the questions in hope of getting our favourite character. Or if we’re good, and know the story really well (and if the quiz is halfway accurate) we can “cheat” and answer in order to get the result we want. (And yes, I know there are some of you who have even created such quizzes for your own characters!)

What is it that makes us want to be these characters? Traits of loyalty, bravery and honour make us desire to be someone else, in a story where amazing things happen outside of the ordinary and mundane.

If you could be any character from any story, who would you be? Well, if you have a full bookshelf and more books piled on the floor then no doubt you don’t have to think twice about the answer. But if you, like me, have read that character’s story one hundred times over (probably not an exaggeration…much) have you ever stopped to wonder…

How much of who I am is because of the character I want to be?

I am very good at picking up accents, mannerisms and speech patterns. To the point that when I hang around someone with a different accent I have to be careful how I speak, or they might think I am mocking them. If I have been watching a TV show or reading a book that has a strong voice, I will find my own thought and speech patterns mimicking them. (It’s quite fun when I want to make use of it! Benedict Cumberbatch as Sherlock is a great example.)

I do these things without really thinking about it. However acting like a character because you want to be them is something a little different. 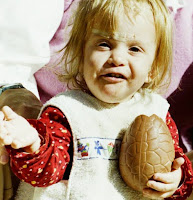 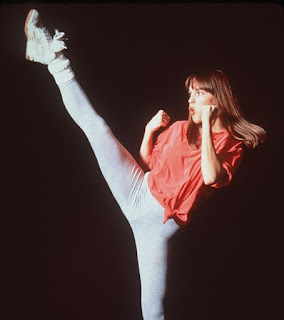 When I was little, I wanted to be Michelle from Full House. (Encouraged by the fact a really looked like her as a baby…We were triplets, not twins!) I wanted to be The Next Karate Kid, because she was a girl karate kid! (I also wonder how much this influenced my decision in adult life to join a karate club.) Yet the character I have always wanted to be (and still do) is Lucy Pevensie from The Chronicles of Narnia. (Yeah…Those who know me all saw that coming, right?!)

Lucy, the child, full of faith and wonder.

Lucy, the Queen, valiant and brave.

I’m sure you have all heard the saying, “What would Jesus Do?” These days the saying is often accompanied with a wry smile and a roll of the eyes. We all know that we should follow Jesus example, but sometimes I find the phrase, well, a little unhelpful. (Don’t get me wrong, this 90s kid wore the bracelet and quoted it with the best of them.)  I mean, haven’t you ever thought, ‘yes, I know what Jesus would do, but right now, I don’t want to do it!’

So I came up with my own: WWLD?

What would Lucy Do?

Back in my youth group days, I was hanging out with my friends and we got into an argument. I lost my temper and stormed off. Immediately after I slammed my door, the guilt hit. I knew I had to apologise. I also knew I really didn’t want to. But you’re a leader, Jo, you have to set a good example. I paced the floor trying to work up the courage to do the right thing. What clinched it was what would Lucy do? I thought back to the time in Prince Caspian where Lucy got angry with her siblings for not believing her. She complained to Aslan who scolded her, and she apologised, then she gathered her courage to go on the mission he had sent her. If Lucy could do that, I could swallow my pride and apologise to my friends.

I also think to my favourite scene from the same movie: where Lucy is standing on the bridge before the entire enemy army. Alone. But she isn’t alone. 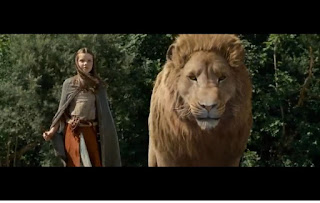 Even today, when I need to find courage, this scene comes to mind.

What is the point I am trying to make? I’m not too sure. Perhaps it’s just rambling born from late night musings. Perhaps it is a wish that, one day, some young soul will long to be like a character I created. (And with that is a gentle warning about the type of characters I create.) Whatever it may be, I am still fascinated by how a few etchings on a page can create a world of characters and adventure that can have such an impact for years and years to come. 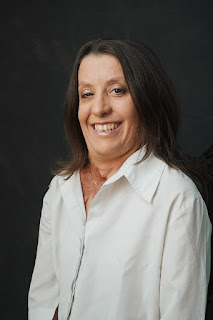 Jo Sarah Stanford is a freelance writer with her own business Write it Up! She has recently spent a year as a journalist in Jerusalem, Israel and is the editor of Bridge Builders the national bi-monthly magazine for Bridges for Peace. She has works published in various anthologies including If They Could Talk; Something in the Blood; and Tales from the Upper Room. She is also a karate instructor and lives in the Adelaide Hills with her chickens.