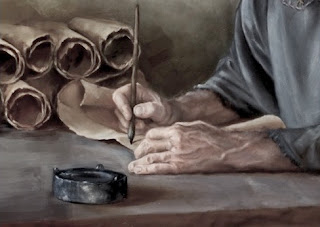 And what creative, diverse communication it is!

As Psalm nineteen says, ‘The heavens declare the glory of God

…The statutes of the Lord are trustworthy…

God speaks audibly from a burning bush, from a mountain blazing with fire, and out of the mouth of a donkey.

God sends angels to speak to men and women.

He speaks in dreams to Joseph the son of Jacob, and Joseph the husband of Mary.

He gives visions to Daniel, Ezekiel, Amos and John the Apostle.

‘Son of’, and sometimes ‘in the reign of’ particular kings. The prophets were real men, with real parents, at a definite place and time. A word for that place and time and for all who have lived since. God’s word, revealing his character, his concern for our right worship and right living. 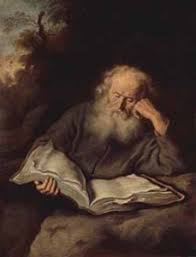 How did the word of the Lord come to them? It doesn’t say! I can’t help wishing it did. But God was certainly determined to get his message across, over and over.

He told Ezekiel to make a little model of the city of Jerusalem, and set up a toy besieging army around it!

Hebrews opens by telling us that in the past God spoke to his people through the prophets, ‘but in these last days he has spoken to us by his Son.’

Jesus spoke in a human voice, and family men with a living to make, dropped everything to follow him and depend on the kindness of strangers.

Jesus spoke, and the blind saw, lepers were healed, the storm subsided, demons fled, the dead were raised, sinners knelt at his feet, and the nation was divided into those who believed in him, even worshipped him, and those who planned his murder.

Jesus spoke and a kingdom was launched. From his lips we have the good Samaritan, the father who welcomed the prodigal son, and the shepherd who rescued the lost sheep.

From his lips we know the meaning of his death, and the promise of his return.

And to each generation since, the Father has sent the Spirit to communicate God’s love for the world, and communicate the meaning of scripture. 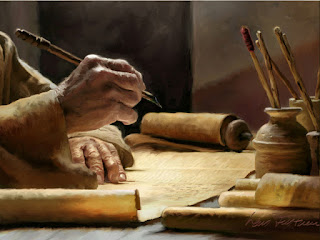 As Christian writers, we are communicators. As God’s communication with us takes many forms, so does our writing.

When we are discouraged – and we all are sometimes – we can turn to God and ask for help in what we are trying to say. We can ask, ‘Is this what I actually should be writing?’ Is this is how I should say it? Is this how I should try to get it to the right audience?

Life stories, dramas, prayers, liturgy, sermons, fiction (think the parables!), poetry, proverbs, family sagas, courtroom drama, mystery, romance, travel and adventure (Luke’s account of Paul’s journeys), it is hard to think of any area of writing suitable for a Christian author that does not appear in Scripture.                  There’s humour, too. Imagine, seriously, the man with a great piece of timber in his eye trying to pick a bit of sawdust from his friend’s eye. 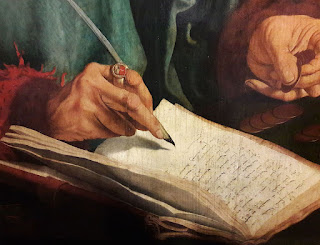 That God places such value on communicating should inspire us not just to continue writing, but to persistently seek to live closer to him, so that we first hear from him, before we try to write.

He has plenty to say!

I must leave to Jesus the last word on our listening to God’s communication. 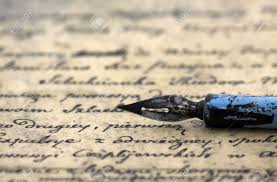