Write What You Know

Write what you know. Adrian Plass puts this so eloquently. Well, maybe it's more on the comical side, but still ...

First you need to understand what's happening. Adrian is on a fast-flowing river boat ride at a theme park in Denmark with his two boys and four year old daughter. The ominously unstable, little round boat overturns and they are all thrown into the water.

Adrian isn't a swimmer, so you can imagine the panic and fear when he finds himself trapped under the water between the rim of the overturned boat and the bank of the river.

It's dark and disorienting under the water. The rising fear of drowning induces panic and confusion, but what of his kids? The two boys are strong swimmers. Hopefully they've been able to swim to safety. Kate, his four year old daughter might not have been so lucky and a deep sadness pulls him down further.

As fear and panic, confusion and sadness press all around him, a small corner of his mind is sitting back and watching the drama unfold. It ponders at the potential of using this situation in some sort of literary context. A magazine article or maybe it could be adapted into a fictional story later in the future.

The little man with a notebook who lives at the back of my head scribbled busily away, noting with interest the various nuances of panic and fear, the exact sensations that accompany drowning, and the emotions evoked by the imminent loss of those whom you love. He was just on the point of starting a new piece under the heading 'First Encounters with God' ...

Everyone I talk to says the same thing. No one ever expected or thought we'd be in a global pandemic. It was one of those ideas in the far-fetched, dystopian/fantasy, world-building category that was way too complicated to even pick up off the floor from where you threw it, scrunched up in a ball.

But now ... isn't that what people say? Write what you know? All you have to do is read the titles of the news articles flooding the stratosphere and the possibilities are endless. New world currency - toilet paper. Gas masks and blind dates. Street-community living and the black-haired, introvert inside number 16.

The light bulb has flared twice for me in the last month with two new stories I'm dying (not literally. I am 100% healthy. No virus for me) to write. Okay, maybe three times with my black-hair introvert who lives in number 16.

Now, I know everyone has experienced something different during this situation. Some good, some not so good. But every experience can be drawn upon and expressed in our writing whether it's a fictional romance, suspenseful thriller or an inspirational, self-help, non-fiction book.

So, tell me, what ideas are brewing in that head of yours? How did you come up with it? Let me know in the comments below. I'm super excited to find out what ideas you've all come up with. 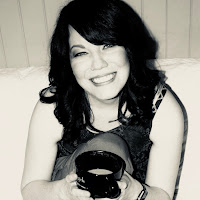 K.A. Hart is a born and bred Territorian who moved to Queensland and had no choice but to stay after her assimilation into Toowoomba’s infamous, collective known as Quirky Quills.
Since then, K.A. Hart has had two short stories published. Stone Bearer, appears in Glimpses of Light and Tedious Tresses, in the As Time Goes By Mixed Blessings anthology. She is currently working on a fantasy novel.