The Lamb that was Slain

This Easter will be like none we've experienced in many decades, but one thing is certain: The DIVINE MESSAGE of love and hope it commemorates IS eternal, from yesterday, for today, tomorrow, and forevermore.

As per the admin team's consensus, it was my intention to search for an appropriate 'Blast from the Past" and post that link in the Facebook Group. However, as I found and read the following words and poem - written by our current CWD group co-ordinator, Jeanette O'Hagan, and first posted on Thursday, 10th April, 2014,  as a blog titled, "The Bunny and the Lamb" - I felt it more appropriate to post a portion of it here, scheduled for today, so that all our blog subscribers could receive it afresh. 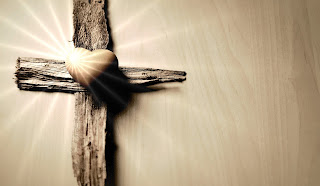 Image by congerdesign from Pixabay

"I wonder what Easter means for you?"

She went on to say:

"For me it is a time of reflection and wonderment - that the incarnated divine Son would die for me. It tells me how much God loves and values me. It reminds me that I have new life through Jesus, that He can and will mend the brokenness inside of me and that He is a present and powerful.

Easter is an intensely personal. It is both sobering as I think of Jesus on the cross on Good Friday - and exhilarating as I remember that He is Alive - that He has conquered sin (human brokenness) and death itself.

Easter has cosmic as well as personal implications.  It is the turning point of the Story of God and therefore the story of our world. Through the eyes of faith, we can see that Easter is the very crux of history. The Bible tells us that story. Yes, it tells many other things about history, morality, worship, spirituality and reality but running through its pages is a love story - God's love for his broken creation - for his broken people.

It is a simple story - the eternal triune God created the cosmos. He created humans to care for his creation and to be his friends. But the very first humans rebelled against God, deciding to go their own way so that now they and their world became broken. Instead of destroying us and starting again, God decided to rescue us - through calling a people to show who He was and what he wanted. And then He came, the incarnated Son who died in our place. On the cross, the Son won a decisive victory against death and all evil. He has entrusted his people who believe and follow Him with a mission - of not just living lives worthy of Him in faith and love but of taking His message of freedom and love to the furthest corners of the earth - and to the person next door. One day He will make new the whole cosmos and make a home for His people.

Easter is not just for me or you - it's for everyone.


The Lamb That Was Slain

A flower nodding in the crevice of a rock
New growth after rain.
The sun’s blushed fire climbing above the horizon
A Lamb that was slain.

Praise God who brings beauty, life and hope
In the midst of the world’s cloying darkness.
A world reclaimed at Golgotha, Skull Rock
By the Lamb that was slain.

A new perspective, a life regained
Admitting failure, weakness and pain.
We take on His life, walking in faith
Receiving the Spirit’s renewing fire
Sent out by the Lamb that was slain.

The Lamb’s restored people join hands
In prayer and praise.
An emaciated child is given bread and hope
Broken lives are knitted together again
And a message of love and new life spreads like soft rain
Hands, Feet and Heart of the Lamb that was slain.

Praise God who brings beauty, life and hope
In the midst of the world’s cloying darkness.
A world reclaimed at Golgotha, Skull Rock
By the Lamb that was slain." 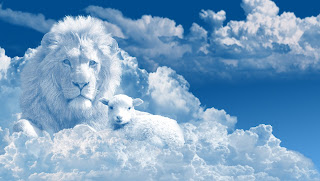 Image by Jeff Jacobs from Pixabay

It is my earnest prayer that Jenny's words will bring comfort and encouragement to you anew as we spend this Easter in the quietness, solitude, and safety of our homes. Let us all lift our eyes and our hearts toward the Lamb of God who was slain from before the foundation of the world; he who poured himself out for our salvation; the risen Lord who daily rises as the Sun of Righteousness with healing in his wings.
Mazzy.

These thoughts were bought to you by Mazzy Adams at 02:00

Email ThisBlogThis!Share to TwitterShare to FacebookShare to Pinterest
Labels: Blast from the Past, cosmic implications, divine message, easter, healing, hope, Jeanette O'Hagan, Jesus Christ, Mazzy Adams, The Bunny and the Lamb, The Lamb that was Slain