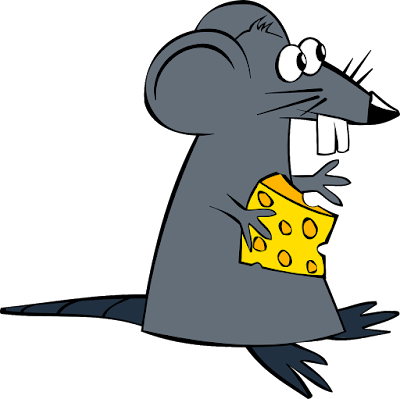 I recently read one of those Facebook memory posts. You know the type. Here's something you posted two years ago; why don’t you repost it?
I chose not to repost. Not because it wasn’t relevant. It was very relevant. In fact I could have written it this week. I didn’t post it because a) no one would want to hear it again and b) I found it confronting.
Ever feel like the cliché ‘going around the mountain one more time’ applies to you? Well this was that kind of moment.
In the post I asked for prayer because of health and work frustrations – frustrations almost identical to those that pushed me to tears this week. Now prayer is good. It is one of the most powerful forces on earth and essential to our relationship with our loving God. It is also a way we can help one another. Writing, while lots of fun, can be a lonely business and online communities like CWD can be a place of invaluable support. Life throws a plethora of plot twists at us and many in this group have asked others to stand in the gap while they negotiated a difficult chapter in their life. Asking for prayer is good. What isn’t good is that my situation hadn’t changed at all.
Who wants to read a story where the protagonist makes no progress and continues in the same story loop chapter after chapter?
Now there are some things that we can’t change. Health issues are often beyond our control. I believe our God longs to heal us but I also know that healing is a mystery. I’m still believing and still trying things. Like many others in this community, I’ve known God’s strength and sustaining power – but I haven’t seen the breakthrough. Yet.
But what of career? The day job issue is a biggie for us creative types. We often need it to make ends meet and it can give us a sense of satisfaction and social connection – yet it can work against us too. I still work part time in a physical profession and have experienced niggling injuries and other issues that make it hard to be creative in my downtime. Much of my mountain circling has involved this cycle of frustration.
Now this frustration is understandable but to still be in the same position two years down the track and not having made changes? That’s not as understandable. If you never make changes how do you expect things to change?
There is a popular motivational book called ‘Who Moved My Cheese’. The story features two little human characters, ‘Hem’ and ‘Haw’ and two mice, ‘Sniff’ and ‘Scurry’. The mice and humans pair up and eventually find lots of cheese (a symbol of happiness and success) at Cheese Station C. When the cheese runs out Sniff and Scurry head off to look for other cheese but the two humans stay behind getting grumpy with each other. Haw wants to look for more cheese but Hem finds his old routine comforting and he’s afraid to try anything different. All he wants is for the cheese to come back. Of course it doesn’t. Eventually Haw sees his own fear and writes on the wall, ‘what would you do if you weren’t afraid?’ Haw heads off and finds crumbs of cheese. He takes them back to Hem who (spoiler) refuses them. Eventually Haw finds a new supply of cheese. Then he hears a sound. Could it be Hem looking for cheese?
So… the call to action? Well I’m not brave, but this post is about me joining Haw in writing on the wall, ‘What would I do if I wasn’t afraid?’ I’ve got some thoughts and I’ll keep you posted as to what happens but I’m determined not to be in the same position by the three year anniversary of that original post. If I am then please feel free to hit me over the head with a very large round of Camembert.
But if I’m in this situation now then there must be others who are stuck too. Are you scared because someone has moved your cheese? Or do you see the signs that your cheese is running out and you don’t know what to do? Let me know in the comments below.
Maybe we can go cheese hunting together ☺?


Reference:
Johnson, spencer, Who Moved My Cheese?: An Amazing Way to Deal With Change In Your Work and In Your Life. New York : Putman, 1998. Print.

Check out the YouTube video 'Who Moved My Cheese?' https://youtu.be/16hxCB1Dvd4

Sue Jeffrey was born in Scotland but moved to Brisbane, Australia with her family when she was just a wee lass. After a childhood spent reading, drawing and accumulating stray animals, Sue studied veterinary science and later moved to Adelaide where she worked as both a vet and a pastor. After a sojourn of several years in the Australian Capital Territory, Sue returned to Adelaide with two dogs, a very nice husband, and a deep desire to write. Sue has a MA in creative writing and her short stories and poems have appeared in several anthologies including Tales of the Upper Room, Something in the Blood: Vampire Stories With a Christian Bite, Glimpses of Light and A Chicken Can Make a Difference. Sue won the 'Short' category in the inaugural Tabor Adelaide/ Life FM 'Stories of Life' award and her e-book, 'Ruthless The Killer: A Short Story,' is available from Amazon.com. Sue also paints animal portraits
.