In my writing workshops, I often discuss character weaknesses and how we writers can use these vulnerabilities to engage our readers. By ‘reader connection’ I don’t mean a collective whole, rather a ‘this could be me or my best friend’ type of significance. But how?

In creating Blaine, I was inspired by a real life mito hero. But this week I learned a friend had died from one of the types of mito I’d referenced to construct for Blaine a uniquely complex version of the disease. I’d known this friend for years, but our lives had taken different paths. Despite remaining in contact via social media, I’d never realised they had mito. When I heard of their death, I felt … numb. It couldn’t be true! Someone was playing a cruel joke and any moment, as I scoured my friend’s Facebook wall, I’d find it was a mistake and somehow, silly me, I’d misinterpreted the message. Instead, I found words of grief and sympathy. Suddenly Blaine was in my world, only it wasn’t Blaine. It was my friend. And they were dead.

This moment confronted me, forced me to revisit the power of writing authentic characters. It was like my advice was working in reverse, where suddenly I was being drawn into my character’s world through reality.

Mid last year I was privileged enough to be one of 180 poets included in the Veils, Halos & Shackles international poetry anthology, a collection of poems depicting the wounds and struggles of women worldwide, presented as raw, personally impacting experiences. The influence of works such as this makes me increasingly convinced a significant key to connecting deeply with our readers involves a willingness to give voice to our own vulnerabilities. Yet, our modern society doesn’t like the impracticalities of a candid response. ‘How are you?’ is often a rhetorical question, asked while keeping up a brave front.
Was this how I’d missed my friend’s illness?

By writing out of the honest, messy reality of our brokenness, we may not necessarily create characters that are all peaches and sparkles. But maybe, like Blaine turning up in my real world, we can allow readers a place to cry in the ashes with characters that will turn up in their world.

I know other authors have created such a place for me over the years. Perhaps our willingness to become vulnerable as writers will give our readers permission to agonise with our characters, experiencing their challenges, and give room to identify mutual pain. And knowing the hope we’ve found in even the darkest moments, maybe we can also use our vulnerabilities to share comfort and invite them to journey with us along the path to healing. 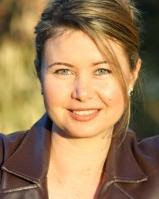 Queensland author Adele Jones writes young adult and historical novels, poetry and short inspirational, fiction and non-fiction works. Her first YA novel Integrate was awarded the 2013 CALEB Prize for unpublished manuscript. Her writing explores issues of social justice, humanity, faith, natural beauty and meaning in life’s journey, and as a speaker she seeks to present a practical and encouraging message by drawing on these themes. For more visit www.adelejonesauthor.com or contact@adelejonesauthor.com

These thoughts were bought to you by Adele Jones at 04:30