In July 2009, after much help from our daughter in setting things up for me, I began my own personal blog. Since then, I have written a new blog each week—227 all up! On top of that, I write occasional blogs for this site and for two others. Yet why would I choose to spend time writing so many, when I could be focussing on my next novel or non-fiction book?


As far as my own personal blog (joanneberthelsen.wordpress.com) is concerned, I think it’s good to discipline myself to write something new each week, where I often reflect on lessons God is teaching me from Scripture or from my writing or from life in general. It helps fine hone my writing skills and also reinforces those lessons from God for me as I put them into words for others to read. And others do read them, judging by the various comments I receive via my blog or via Facebook, where I post my blog each week. As for contributing to writers’ blogs such as this one, I like the idea of encouraging other authors in some way and also sharing what I have learnt from my own writing journey.
But around three years ago, my blogging paid off in a different way. One day, a gentleman from Strand Publishing contacted me, asking if he could include two of my blogs in his volume 40 Aussie Stories he planned to publish in 2011. I was delighted and of course said yes. Apart from anything else, I discovered the book would include my author bio at the end, which would help promote the five novels I had written at that stage. Yet there was even more good news. Via a link on the sidebar of my blog site, this publisher had also discovered my friend Kerry Osborne’s blog (mrsozzie.wordpress.com), thereby finding several more short stories he wished to include in his upcoming collection!


The following year (2012), both Kerry and I found our blogs included in a new volume from Strand Publishing, Inspirational Stories for Aussie Women, and again we were delighted. Then earlier this year, we were asked if we would like some of our blogs included in yet another short story collection, Aussie Reflections. Because this year has been so busy for me, I had almost forgotten about the whole project until around two weeks ago, when my sparkling new copies arrived on my doorstep. This time around, my friend Kerry’s five stories and my own three that have been included make up almost a third of the book!
I love how God orchestrates things in ways we could never imagine, don’t you? I didn’t even know such books of Aussie stories existed initially, yet somehow my blogs have found their way into them. Not only that, but in these past three years, I have sold many copies of these volumes of short stories on my book table, alongside my own novels—particularly at secular venues. Who knows who will get to read these books? Who knows who will read our blogs when we put them out there in cyberspace? I know God does. So let’s keep listening to him and writing the things he puts on our hearts to share with others! 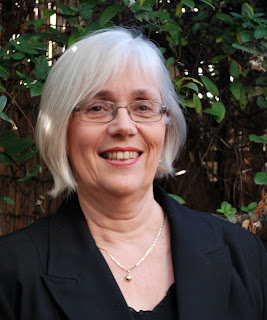 Jo-Anne Berthelsen lives in Sydney but grew up in Brisbane. She holds degrees in Arts and Theology and has worked as a high school teacher, editor and secretary, as well as in local church ministry. Jo-Anne is passionate about touching hearts and lives through both the written and spoken word. She is the author of six published novels and one non-fiction work, Soul Friend: the story of a shared spiritual journey. Jo-Anne is married to a retired minister and has three grown-up children and three grandchildren. For more information or to purchase her books, please visit www.jo-anneberthelsen.com or www.soulfriend.com.au.