When I first began to write fiction in the 1990’s I experimented with contemporary fiction for a while, but soon abandoned it as I was forever hitting moral dilemmas that I felt ill-equipped to handle. I was new to the writing game and really those early manuscripts that sit at the bottom of one of my filing cabinet drawers are slightly embarrassing. It wasn’t long before I decided to write period-drama-romance. I had become a fan of Jannette Oke who ironically wrote about pioneering women, and she herself was pioneering the genre of Christian Romance. I decided to follow her lead and write in that easy-read style.

One of the reasons I felt safe writing ‘old-fashioned’ stories was that the period context allowed me to embrace my faith, the Christian values and ideals that were comfortable for me to work with. The ideals of the late 19th and early 20th century were such that my characters didn’t feel a need to swear and were somewhat bound by the Victorian moral codes that I myself still believed in. If they were tempted by sexual sin, it was a problem for them and had to be resolved as a problem. If they wanted to use coarse language, it was frowned upon and seen as unacceptable. The society of that time kept the rules for me and that made it easier for me to write. 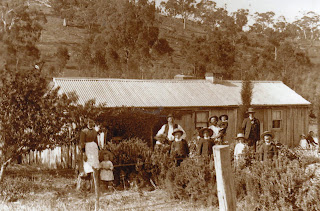 Since those early days I have written two contemporary dramas. The first one I felt I was always bumping into these moral dilemmas and was tiptoeing around situations, trying to sound realistic without compromising what I myself believed. A couple of times my characters swore. They had to swear. ‘Golly Gosh’ simply wasn’t going to cut it to express the depth of anger and despair.
This past year I have been sitting in university lectures doing Arts subjects and my hair has practically curled with some of the language that is used. What was somewhat disturbing for me is that no one else batted an eyelid while I was in knots. You might laugh, but in one class we were required to read each other’s screenplays out loud. I was chosen a number of times to read certain parts, and on more than one occasion I was given lines that had some very uncomfortable language in it. I quickly calculated how useful it would be to storm out of the room in a self-righteous display of disapproval and decided it wouldn’t be useful at all. The feel of these words in my mouth was rather horrendous. It didn’t feel right and I’m sure it didn’t sound right, but nobody seemed to notice.

The truth is I have lived in a lovely Christian bubble for most of my life. Christian family, friends, church, Christian Schools and work associates. It has all been very nice and comfortable and not confronting. I have been aware of the four letter words, and have heard them a time or two. I’ve always wondered what the fascination is when deciding what words would be the best to use as expletives. Bodily fluids and excretements, sexual organs and sexual acts seem to be the criteria for choosing a new swear word. None of these words really have anything to do with the emotions or the sentences being spoken, but as far as popularity goes, the F word is now firmly fixed in our western vernacular, followed closely by the S word and a vast array of other four letter words from these categories.
Writing for the Christian market has meant that I have avoided coarse language as much as possible, and really I’m not a fan of coarse language anyway. I can’t see the relevance. But I would be a hypocrite if I didn’t admit that on occasion, when after a stressful day and the soup burns to the bottom of the pan, I didn’t make use of an expletive or two. I would also not be being honest if I didn’t confess that of recent times, having sat in a soup of four letter words, that some of them might have popped into my head first as the word of choice for the disaster at hand. This is usually followed up by a quick apology to the Lord.

I recall a little poem penned by Grace Livingston-Hill, a Christian novelist from the early 20th Century:

I was actually quite astounded when I read this. I loved reading her Christian novels, truly authentic period romances; however, to her they were contemporary. But the Christian attitude of the time was that there is no place for expletives of any sort for any reason, and the consequences could be quite eternally devastating. Wow. Poor old Winnie the Pooh! I had rather taken to the use of the word ‘bother’ as a way of expressing my pent up feelings.
Here I sit today contemplating the chasm that has gradually formed between my nice little Christian place and the language of everyone else in the world. In my discussion with other authors we have found a mounting frustration with some of the niceties of the Christian Bubble. Not that it isn’t nice, safe, comfortable and decent; it most certainly is, and a nice little escape from the realities of life. But that’s the point: it is an escape from the realities of life. This is a question that I am asking myself as a Christian writer. Do I just want to write nice, warm fuzzy stories that reinforce my Christian convictions and ideals? If I do, then I have a nice market of nice people who will feel warm and fuzzy when they finish. But what are the chances of other folks in the world reading these stories? Not great really. The folks I’ve met this year in the different writing and literature classes would dismiss my nice stories very quickly.
What am I saying? It’s not about the introduction of swearing, though that discussion comes up frequently. It’s not about the absence of sermonising and moralising. That is also another point of contention. I think it is about listening to the heart of the world outside the Christian Bubble and trying to understand where it’s at. I haven’t quite got a hold of what is going on to the point I can clearly articulate it, but I feel as if we – Christian writers – are on a journey of some kind, and it is a journey with a purpose. I think it is time to listen and observe carefully, and keep our hearts open to God and what it might be that He has in mind. 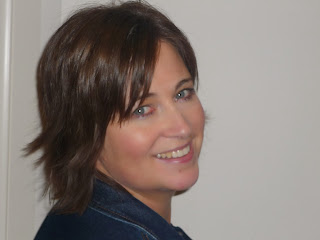 Meredith has been published in the Christian Market since 1997. Her ‘Heart of Green Valley’ series has been widely received. Recent publications include ‘The Greenfield Legacy’; ‘Mellington Hall’ and ‘For All Time’. These are available as downloads from Amazon.com and in hard copy from lightthedark.com.au

These thoughts were bought to you by Meredith Resce at 05:30