What is Christian Fiction? 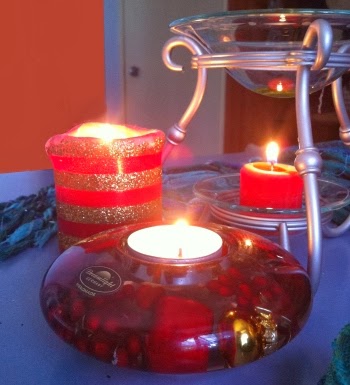 Over the last few months CWD contributors have reminded us 1) of the call not water down our faith just “to fit in” to society and 2) thechallenge to write fiction that connects with non-Christians. And for others, the aim is just to write good fiction. This forms part of a wider debate among faith inspired writers about whether or not to write “cross-over fiction” – fiction that breaks through the Christian “bubble.” The debate can become very passionate as different writers take a strong stand on what they believe to be paramount.

So, what is “Christian fiction”? Do we need “cross-over” fiction?  Where do you stand on the spectrum between a strong, pure message and culturally relevant fiction?

It seems that in the U.S., “Christian fiction” is strictly defined – no sex scenes, no swearing, avoidance of controversial or unsavoury subjects (such as drug use, unwed mothers, avoidance of (extreme) violence). It often includes saintly characters, conversion scenes, long prayers and scripture verses. These strict criteria don’t necessarily reflect the Australian Christian fiction scene and there is a move to write edgier fiction even in the U.S. Nevertheless, the criticism of such highly sanitised fiction is that it is unreal and a total put off to most non-Christian readers. Such fiction is written by Christians, published by Christians, sold almost exclusively in Christian bookshops (or shelved in the Christian section of secular bookshops) and read by Christians.

In reaction to this ghettoisation of Christian literature, a number of vocal Christians seek to write fiction for the general market, for example Mike Duran, PortYonder Press (PYP). Chila Woychik of PYP wants fiction “devoid of preaching, Bible verses, conversion scenes” and prefers fiction that deals with “universal themes.”

Other less narrow definitions of Christian fiction include fiction that is prepared to deal with the nitty gritty of real life in the context of (redemptive) Christian themes; fiction that portrays a Christian world view without necessarily having conversion scenes or overtly Christian content; or even fiction that is written by a Christian. After all, Christians are engaged in most occupations. Do Christian builders only build churches and other religious buildings?

As I think about all this, I wrestle with a number of questions:


While the Christian fiction scene in Australia doesn't seem to display such passionate polarisation, these questions are still relevant. In many ways, it reflects the difference stances on how Christians should engage with the wider society. Should we be part of a holy enclave (a beacon of light against the darkness of night that draws people to them), should we be ambassadors of hope (who learn the language and rub shoulders with people Jesus died to save) or is it our job to change society (moral crusaders against decay)? Jesus uses the analogy of both salt and light - a light on a hill that attracts but also salt which needs to mix with the world to do any good (Matt 5:13-16). We are to be in the world but not of it (John 17:15-16). This is as much about who we are as what we say. Jesus embodied this – as both the light of the world and the incarnational saviour who eschewed religious jargon and rubbed shoulders with the wrongdoers.

Western society is changing and at a rapid pace. It is becoming increasingly secular, postmodern and even (in some quarters) virulently anti-Christian. We need to be its salt and light.  So let’s avoid being hermetically sealed off from society – so foreign that we might as well be speaking an unintelligible language. On the other hand, let’s beware becoming so like everyone else that we have lost our life giving “savour”.

Our God loves variety. We can see this in the created world, in the nature of the Bible, in the body life of His people (one body, many parts and giftings). In fact, the health of the body depends on the functioning of its different parts. Love builds the body up, disunity destroys it (1 Cor13).

So let me encourage you to be true to the calling God has given you. Hold on to the truth of the gospel, the need to incarnate it to a dying world and to do everything in love. Let’s acknowledge that what it means to be a Christian writer is different for different people. Let’s continue to encourage each other and to explore what means to write as Christians – whether this is overtly Christian, cross-over or just good fiction that subtly radiates the grace of God.

Some other posts by Jeanette: