The Gift and the Blessing

Reading a good Christian book is a blessing.

Writing a good Christian book is a gift from God—a ‘pay-it-forward’ blessing for readers. How long might it take for the writer’s gift to merge into the reader’s blessing?

I was shocked. Stunned. The last time I had written anything like a book was as a 7-year-old, when I asked Mum for some sheets of paper. These I folded in half, then I wrote and illustrated my short story about a mischievous kitten called Paffy. I bound the pages into a book with dress-making pins. With great excitement I showed Paffy, the Naughty Kitten to my schoolteacher. He returned it edited with his red pen. My spelling and punctuation transgressions were red-marked severely—and so was my soul. I was so proud of my first book—but it wasn’t good enough.

He didn’t say any more but He had clearly spoken and I knew I had to get started. I turned on the computer, opened a new blank document … and waited for inspiration to come. The words poured out, like liquid through my fingers. I was astonished to read my own writing as it emerged on the screen, about the conflicts of faith our eldest son, Joshua, 17, was struggling with—the ways of the world were drawing him away from the Way, the Truth, and the Life.

Writing the book through those difficult years was a gift from God. As my fingers raced across the keyboard, He would charge words with His grace for my time of need. Anything—from inspirational Christian literature, scripture, to prayer partners’ encouragements—all nourishing my soul and adding chapters to the book.

In 1995, we were called 500km to an Intensive Care Unit. Joshua was in a coma on oxygen, having had an accidental drug overdose. He had shared heroin with his girlfriend but his half-share, combined with headache medication, rendered him unconscious, near death, asphyxiating from his own vomit. Paramedics saved his life.

He awoke from his coma the next day with no recollection of drug use but, during his coma, he heard everything I spoke while he was unresponsive. Since he couldn’t speak or move, he thought that he must have been totally paralysed in an accident. While still intubated, he scribbled on a notepad, “what did I break?” I had to tell him, “You had a drug overdose and you nearly died.” Then he tearfully apologised for who he had become. He sought rehab, trying so hard to recover his Christian integrity and be the son we would be proud of. It broke my heart that he felt so unworthy and I poured my distress, and my hope in God, into the book.

Early in 1999, Joshua attempted suicide. We rushed 500km again. He was on life support. Remembering that he heard and recalled every word I spoke during his coma in 1995, I sat beside him day after day, talking about God’s forgiveness and lovingkindness, urging Joshua to repent and re-commit his life to Christ. He was unresponsive but I knew his soul and spirit were still alive. I wrote it all in the book. Every painful, heart-wrenching, medically hopeless diagnosis through those final seven days … yet God came through restoring MY soul with His songs in the midnight hours. When life-support was turned off, Joshua entered into the Lord’s salvation at 22 years of age.

I continued writing the book throughout our crippling grief for the next few years but paused when I joined Christian Writers Downunder and attended a Christian writers’ retreat. I didn’t feel much like a true ‘writer’ and my book had stalled. I was such a broken person but my writing recovery has begun through the CWD friendship—and reading their books!

In 2015, our friend, a fine Christian man, was struggling with overwhelming challenges in his life. During visits, while listening and sharing, we encouraged him to keep his focus faithful.

One day I felt impressed to lend the manuscript of my book to him.

He returned it a few days later with tears in his eyes. “I was planning,” he said in a faltering voice, “to suicide on Sunday, but I knew I had to read your book first. Thank you.”

The gift of words in my incomplete book was the pay-it-forward blessing of life for this man, twenty-two years after the book began. For that, I am so humbled at God’s gifting to write it. 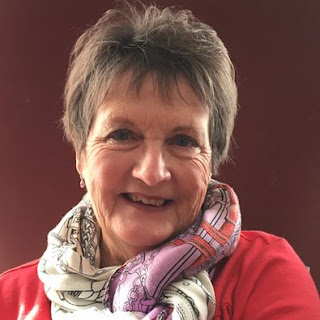 Rosie New has held the gift of writing all her life, with many short stories accumulating in a private stash! But in 2015, “Simply Simon”, an entry she submitted to the Birdcatcher Books Short Fiction Award, was published in the anthology. Rosie says, “That blew me away with excitement, because I loved writing but was still afraid of getting the red pen … LOL!”

Rosie’s hobby is Miyuki glass bead-weaving tiny miniatures. She is writing her first novel and is greatly encouraged by the CWD friends who have recently published their firsts!

These thoughts were bought to you by Mazzy Adams at 05:00