(That’s more than 3 things, isn’t it? We writers are sneaky blighters!)

When I was a teacher at Amata Anangu School in the early 2000s, we ran an English literacy program called Accelerated Literacy. It involved a close reading approach to some classic children’s literature, culminating in a scaffolded approach to story writing. I loved it as an approach to teaching, but it also helped me realise that great writers are ordinary human beings just like me, only who’ve taken time to study how language can be used to communicate images and emotion and to craft a compelling narrative. I remember thinking, ‘I’d love to do that!’

When I became a father, I discovered the joy of bedtime reading from the other side of the parent-child equation. I realised then how much my own imagination and sensibilities had been formed by that special time with my own parents and I started to play around with some picture book ideas. 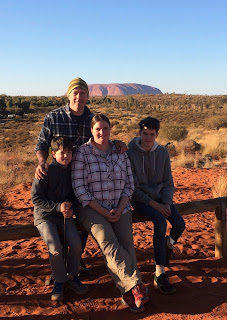 But it was dabbling in poetry that got me seriously into writing, after reading a review of Stephen Fry’s The Ode Less Travelled in a dentist’s waiting room. I ordered a copy and devoured it. I did all the exercises and learned more about poetry from that one book than I’d ever learned at school. I also started penning children’s stories – anything to keep me from the academic journal articles I was supposed to be writing! (I was an Educational researcher then, living in Dawrin).

But I prefer to read literary fiction, and that’s what I’m drawn to writing most of all. I’ve only ever finished one novel, which was shortlisted for the Text Prize some years ago but still hasn’t found a loving home – several publishers have told me they think it’s really well written, before cordially declining to publish it. So I’m no stranger to rejection, which I hope makes me a better teacher!

I started off as a schoolteacher, working in the UK and then on the APY Lands in the far north-west of SA. I made the transition to tertiary education by studying Creative Writing at Tabor College in Adelaide, where I now serve as Program Coordinator – I sort of dug in and refused to leave! But I love teaching almost as much as writing, so even though it takes up most of my time I’m not bothered.

I’ve also been involved with Stories of Life since it began a few years ago now, co-editing all but one anthology and contributing a few stories along the way. I’ve had a few short stories published too along the way. All the while I find myself returning to poetry again and again – I must be a perennial poet!

I’ve no idea really. Some journal editors, I guess. Students, friends, fellow-writers. It’d be great to have a wider, less familiar audience – I don’t care who just so long as they find what I’ve written worth their time (and that’s my main concern).

Piecemeal – that’s the word. I tell myself that’s because I’ve got so many other commitments, but I suspect if I won the lottery and devoted myself to writing full time I’d still proceed in fits and starts. I hate to begin something and not finish, so I’m reluctant to get started, knowing the effort it’ll take (I’m such a lazy sod). But once I’m in I’m away.

I like to have a clear opening scene before starting a story, and need to be two or three steps ahead in my own imagination before I can happily sit down to write. That means lots of time spent sitting staring into space (just ask my wife), or taking long walks and generally being alone. It may look like I’m doing nothing, but beneath the surface I’m eves-dropping, talking with characters or walking a mile in their shoes.

Apart from time and commitment, I can get hamstrung by my own perfectionism. I’m getting better with this, learning to play around a little more on the page to see what surfaces of its own accord. Reading helps fuel my imagination and inspire me to keep moving. When I get stuck with a story, I find switching from keyboard to notebook and pen really helps – I’ll take a walk and sit under a tree, open the notebook and simply start writing: not in an attempt to pick up where I left off, but rather I write about the characters and their situation as it stands, in a more abstract, analytical manner… then before I know it, I’ll usually find a crack of light telling of a passage through to the next phase of the story. I usually find I’ve got a few useful lines out of the process as well.

I’ve mentioned Fry’s The Ode Less Travelled – for poetry that’s a winner. I love and highly recommend Mark Treddinick’s Little Red Writing Book. Even though it’s not chiefly about fiction, I find his passion for language infectious and his advice for avoiding clutter absolutely spot on. I learned a lot about writing from my former teacher and colleague Mark Worthing, whose original lecture notes are now a textbook: The Sacred Life of Words. This semester I’m using Janet Burroway’s Writing Fiction for the prose class I’m teaching and it’s really insightful too.

That’s really hard; I know some of them as former students at Tabor, others as members of my writing group and others having simply met at conferences and elsewhere. I never cease to be amazed by Nola Passmore’s industrious approach and creative output – I have fond memories of working with her in my Poetry class and could tell then just how creative and insightful she was. So, yeah, a big shout out to Nola from ‘The Write Flourish’ (and be sure to check out her many short stories)!

To start another novel. I’ll probably procrastinate effectively by writing a short story instead. But I’d be happy with that ☺

I’m such a judgmental person, so I’m thankful for the way in which writing (and reading) brings that to my attention and makes me examine my conscience and curtail the tendency to categorise, shun or disregard others. In that sense, writing probably does more to shape my faith than the other way around. But I suppose it must have some bearing…

Writing teaches me to pause. To pay attention and to reflect, because nothing is insignificant. That’s all of a piece with my Christian belief that God is at work in and through creation, from the depths of the ocean to the highest heavens. One of my favourite writers, Flannery O’Connor, says that without belief in the eternal soul there is very little drama. In other words, a Christian account of the origin and worth of every human life makes for the highest possible drama – because ultimately everything is at stake and almost anything can make a difference to the outcome.

That the way out of our fallen condition must come (and has come) from without, yet through the very conditions of our earthly and creaturely status, is also important here. Emmanuel – God with us, in Christ and through the Church most importantly, but also through my neighbor, my enemy, every stroke of good or ill fortune and every signpost in nature. God’s grace abounds in all things – nothing is insignificant.

Not only is that compelling theology, it’s the best advice for writers: every paragraph, every line, every word should be there for a reason. O’Connor (again) says, “A short story is a way of saying something that can’t be said in any other way. And it takes every word in the story to say what the meaning is.” I think it’s the same in life: I can’t adequately summarise God’s purpose in creation, but I know there is purpose in it, top to bottom, and that every thing and every event forms part of the explanation. I’d like my writing to reflect that idea somehow. 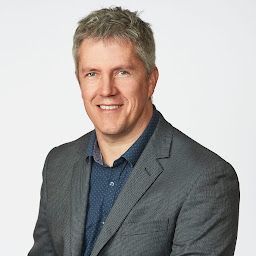 James Cooper is Head of Creative Writing & Communication at Tabor College. He has written and published numerous poems and short stories in journals and anthologies, locally and overseas. He is a founding member of Stories of Life as well as inScribe Journal. When he isn’t teaching, editing, or working on his next poem or short story, he continues the search for a home for his first novel, The Thing About Alaska. James lives in the Adelaide Hills with his wife of 20 years, Claire, and their two sons, Jacob and Hamish.