My mother is a published author and a librarian and my father was a prominent scientist in defence and a sci-fi book nerd, so writing was something that was always going to happen – it was just a matter of when.
I have had a number of careers, through ocean science and IT and I worked in the Australian Patents, Trade Marks and Designs Offices (now known as IP Australia)… So I was pretty exposed to crazy ideas. I am sure some of these have fed into my creative works

I write what I am interested in, usually in fictional form. I probably only started thinking about writing seriously when I heard about NanoWrimo in about 2001 and thought I’d take it on and write something of length. However, it was 2003 before I first actually took up the challenge. Before that, it had mainly been abandoned attempts plus short stories articles and articles for a staff magazine that I was editing – and usually ended up writing most of, as I got so few contributors.
Oh yeah. I edit too. Probably do way more of that. My skill is shooting down a wandering apostrophe at a hundred paces. My wife tells me I am a good copy-editor, too.

a) My wife, Susan J Bruce (aka Sue Jeffrey), who is an admin of CWD. Members of my writing group, Literati. Probably my day job bosses, though if they have remote access to my personal computers, I am officially worried. Anyway, in that case I hope I’ve entertained them thoroughly and taken their minds well away from digging for dirt.
b) Editors from major publishers, major movie companies. More realistically, the person who needs to dream more, to believe more and to act on their beliefs more. Other than me, that is…

What helps me most? Getting reminded mainly by my wife that I won’t remember much of my current office job when I retire; (I already know that).
Challenges. Finishing. Yep, probably finishing and knowing when to stop finishing and do something about publishing… But seriously, it’s not the sum total (think word count) of what I produce that matters most – (I say as I while away too many hours on silly word games) – but who I influence and what I do on the way.
I prefer the writing process to be organic, but to be organic I need to be diligent in collecting and mulling over facts, thoughts and observations. I think faith works in a similar way.
Published books would be great but the process, not the product, is the thing of substance.

Stephen King’s ‘On writing’. One of the first books I ever read ‘on writing’ and it has stayed with me. It is short – good advice and to the point.

(Am I allowed to pick someone other than my wife?) Claire Bell. Author. She has a keen sense of how things are, not just how they appear to be, and is able to bring that out in prose.

A year. Well, it was a full year in January. I thought of it as a long time then. I told myself I would write something fresh – but I really want to knock into shape a trilogy that I started way back in 2007 (no, really) and has been waylaid too many times. Nearly half the year has gone without really starting, but who knew about COVID in January? We knew too much about bushfires back then. But the wet, cold weather has arrived – so no more excuses.

As I write mainstream, I will borrow an analogy used by website developers when determining how to make the site easy to use; be able to access information and submit forms without problem. The analogy used is ‘baking in’ those features that make the site easy to use in the initial style templates, long before the developers get to play and ‘pretty it up’.
Similarly, I don’t intentionally go about inserting faith blueberries into my story right before it is sent off to beta readers. That would be gauche. The flavour will be there in the mix to start with and be ‘baked’ into the finished product. The story will be faith-flavoured regardless of who is going to read or assess it. 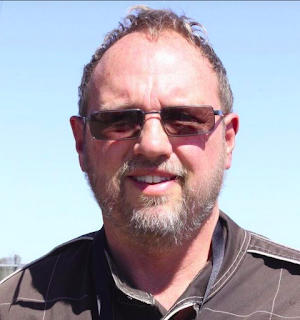 Website: www.alignedcreative.com.au
This is my editing website, launching soon. Special introductory rates will apply for members of Christian Writers Downunder
Work in Progress: Watch this space.