Working in a collaborative writing project: is it for you? 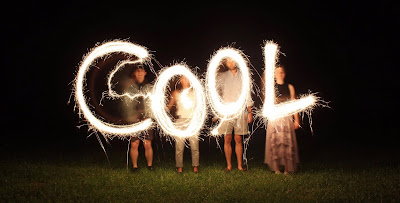 While I love being a writer, there are a few things about it that I sometimes find hard.

Going solo on a project from start to finish is one. I was never much of a ‘group assignment’ person even in high school, and always thought I preferred to work on my own, but it turns out I like having a team to help share the highs and the lows.

Another thing I find hard is coming up with plot ideas. That might sound surprising for someone who is working on her eighth novel. I’m good at character development, and for that reason I tend to write stories that are strongly character-driven. But the truth is, I find it hard to nut out a plot.

Working in a collaborative novel project has been a great solution to these two problems. Early in the year I was approached by a person with an idea for a novel. The plot was all there; the characters were created; it was even part of a trilogy of trilogies. This person had all the ability to make it happen, except for one thing—the ability to get the words down on paper. The question was: would I write it?

I considered it for a while. The genre was not something I had any interest in. I’d never read a book like it, and to be honest, I’d probably leave the movie version of it as well. But it was an interesting idea, the main character sounded like she had some depth to her, and as every freelancer can appreciate, it was a job. I’d take it, I said. How hard could it be?

As it turns out, not terribly hard.


Before I started writing anything, I asked for information.

I needed to have the broad outline of the plot and the general direction of the trilogy in my head, so I could see if it stood up in terms of story structure. I suggested moving a few things, increasing a few sections and decreasing others so that it fell into the usual Blake Snyder ‘Beat Sheet’ that I use.

I also asked for character outlines as well as photos for a visual guide to the people I was writing about. I needed to know who these people were: what motivated them, what they feared, what they longed for. My collaborator also sent me music tracks to listen to, rather like a theme in a movie.

I also needed to work through how I would approach Point of View. My collaborator had outlined the story using multiple points of view, rather like movies are made. I’m not a confident user of omniscient point of view, and I far prefer to write in a deep third person. The problem with that, however, is how to reveal different pieces of information and bring in the variety of characters who populate this trilogy. In the end we decided to use deep third person, to bring the story more depth and colour, but with multiple points of view, focusing mainly on the key character. It’s ended up being approximately three chapters in her POV, one chapter in another.


Once we began the process of writing, my collaborator would send me a chapter outline. Some of these were more detailed than others. With the less detailed ones, I’d send back questions to be answered: what’s the setting? Why is that thing there? What’s the mood of the setting? Why did he say that—I feel like I’m missing something? We quickly worked out that the more detail that got put into the chapter outline at the beginning, the more speedy the writing could be.

And it has been speedy. Because the thinking has all been done for me, all I do is write to the plan. I can get 2000 words of a tidy first draft done per hour. Occasionally the characters decide to do slightly different things to the plan, but mostly their actions or words enhance the overall story rather than change or redirect it.

Usually my collaborator is very happy with what turns up on the page. Very occasionally we’ve had a misunderstanding with what the story or a character is doing, but after a second go-through things are fine. (Once I lost a whole chapter outline… oops… and it had to be redone. I apologised big time for that…) I feel like I’m bringing a story to life, and my collaborator is enjoying seeing the fruits of many years of planning and mental labour.

At this point we’re about three quarters of the way through the project. (No names, no details yet... it's a secret!) It’s one of the most enjoyable freelance projects I’ve ever done, and I like having a little ‘team’ to bounce things off about the story. It’s even inspired me to think about another collaborative project.


If you’re interested in being part of a collaborative writing project, the benefits can be immense. You’re not on your own. You can focus on the thing you’re good at and excel at it. You can celebrate when it does well, and commiserate when it doesn’t.

Don’t go in starry-eyed, though. You’ll need a contract between the two (or more) parties. (Even if you’re best buddies now, we all know what can happen to even the greatest artistic partnerships.) You’ll need to nut out how the process of writing will work, and how you’ll overcome any differences of opinion. You’ll need to allocate responsibilities, set your limits and boundaries and respect them. You’ll need to decide on who you’re writing for, what your tone and mood will be, what the story will do. There’s a lot to figure out. Plus you need an escape clause in case it all goes terribly wrong.

I’ll definitely pursue collaborative partnerships as part of my writing toolbox in the future. What about you? 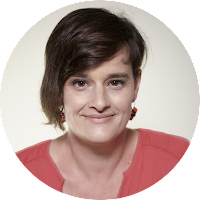 Cecily Anne Paterson writes brave-hearted novels for girls aged 10-14 as well as being a freelance writer and editor. Find her at www.cecilypaterson.com and her Write Your Memoir course at www.redloungeforwriters.com

These thoughts were bought to you by Cecily Anne at 08:15