God As My Muse

God as My Muse
by Melinda Jensen 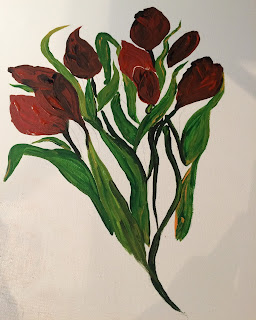 Few Christians would dispute that we are made in the image of God. It is one of the basic tenets of our faith but also one to which many of us give little thought.

What does it mean to be made in the image of God? Certainly, it means we are wonderfully and powerfully made and that we have twin natures, both human and divine, that often war against one another. It means we have access to the throne of God and are able to throw ourselves on His mercy when we are overwhelmed by adversity. It means He sees us as beautiful and good, even when we don’t see ourselves that way, and it means we have the power and the right to stand against the forces of darkness (as frightening as that can be).

But there is an aspect of God I once took for granted. Selfishly, I attributed it to my fleshly self, instead of appreciating the divine and benevolent gift it truly is. I’m talking about ‘creativity’ – that spark that ignites within us as we writers write.

Like many writers, I’ve always felt I was born to write. I still have an old recipe book of my mother’s in which I wrote ‘Fluff is a cat’ long before I went to school; and there was no kindergarten back then. I tripped along through my school and college English classes, able to produce prose and poetry pretty much on demand. And as the years went by, I discovered I also had a knack for arts and crafts, and my hands have been almost perpetually busy since. Until that one time …

That one time I walked away from God. My grief was immense. My sense of injustice at what had happened, not just to me but to so many others in this world, led me to become a renegade daughter. I raged at God; told Him he was an inadequate God for not protecting his people from such incredible pain; and that I believed He was simply the demi-god of Gnostic tradition – a flawed being who created a flawed world He had no real control over. And then I turned my back, telling Him I could get along very well without Him, thank you very much.

Of course, I see the incredible arrogance in my words now, but in my anguish I lashed out at the one who loves me most, as we humans so often do. I was done and dusted; ready to look out for number one for a change.

But what ensued came as rather a shock. I sat with pen and paper … but no words came to mind. I opted for the keyboard and typed what can only be called gibberish. Frustrated, I told myself I just needed a break; some time to regenerate and give my creative flair some time to swing back to equilibrium again. At least I could still paint and draw; crochet and knit; make beaded sculptures and jewellery. You name it – I’ve probably given it a shot over the years.

So out came the equipment. My tiny duplex was littered with the makings of all sorts of beautiful creations. My cat was quite delirious mucking about amongst the beads, the pencils, the brushes, the mosaic pieces, and most of all the knitting yarn! In fact, as the weeks went by and I tossed project after project in the rubbish bin, it could be said that kitty produced far better work than I did. My frustration levels threatened to erupt into a frenzy that would rival the destruction of Pompeii if I hadn’t been able to somehow keep a lid on it.

It was hindsight though, that revealed the Truth. I didn’t turn back to God because I thought, ‘Well, heck! I want my creativity back and He must have taken it away on purpose!’ I simply missed God so very much. I missed having the friend who’d been my ‘bestie’ since I was 5 years old – Jesus – to talk to and hang with. My heart felt empty … numb. It wasn’t like the pain of my circumstances had gone away. It was that I couldn’t ‘feel’ anything much at all.
And so I got down on my knees, for the hundredth time in my life, and begged forgiveness, and asked Him to please, please let me back into His fold again.

And so it was done.

I found that my heart could both cry and sing again. I felt pain and joy and everything in between.

Over the coming days, I noticed an interesting side effect. My words once more flew across the page. The pencils and paints managed to produce some pleasing pieces (though many still end up in the bin!); and my kitty is now happily chasing shiny baubles and bits of wool around the room again. My creativity returned in full measure, if not more.

Without my creative God at my centre, I simply cannot create. We are a partnership, He and I; one I can’t possibly live without, through thick and thin, sickness and health, adversity and good times. Neither my dabblings, nor yours, will ever come close to the intense beauty He has created for us … but we do have that divine, creative spark somewhere inside us, whether we write, or paint, or build marvellous things, or tinker with electronics. It doesn’t matter … it all comes from Him.

NOTE to readers: I will be away from home for a week as of today and may not have reliable internet access. I apologize in advance for any comments I'm unable to respond to in a timely manner.

Melinda Jensen
www.killingmesoftly.co (A blog, at times disturbing, about the effects of emotional, psychological and verbal abuse, it aims to educate, support and empower victims of abuse.)

Writer concerned with social justice, equality, the environment, and mostly the abiding spirit of our glorious God. Currently working on a number of projects, most notably a couple of fantasy novels with environmental themes for middle school readers.