Not long ago, I shared my thoughts about these Tom Swifties on my own blog. As they are addictive and very enjoyable, I thought I'd introduce them to the wider readers of this blog too. I hope you're game to have a try of making up some of your own.

Tom Swift was the hero of a series of dime novels published early in the twentieth century. He was a young scientist who had adventures with the technology he created. Ostensibly written by an author named Victor Appleton, they came from the E.L. Stratemeyer writing syndicate. Different authors, including Edward Stratemeyer himself, sat at their desks creating Tom Swift stories. Down the track, a variety of authors were employed to keep churning them out. They were better businessmen than authors, because the books were poked fun at by readers for the variety of speech tags they put in their hero's mouth. Tom Swift rarely just 'said' anything. He declared, stammered, barked, exclaimed, sobbed, ejaculated, grinned, mumbled and sang, just for a start.

No doubt the authors thought all these words gave their stories more colour and variety. Even I can remember my Primary School class being told by teachers to think of something more descriptive than 'said'. Nobody back then seemed to realise what a neat little word 'said' is. It's not a sign of laziness and lack of creativity. It's a gem, which enables readers' attention to flow and not be jarred from the story with every line of dialogue. Nowadays, every decent editor recommends that writers simply use 'said.' The fact that Tom Swift authors were teased about not doing so proves the point.

'There are one hundred lollies in the jar,' Tom recounted.
'I've decided to come back to the group,' Tom rejoined.
'We've struck oil,' Tom gushed.

The art of the Tom Swifty came to include adverbs, which were also way over-used in the stories. Many editors now advise us to use them sparingly. They slow down a story as our eyes skim over the page, and may even be an insult to readers' intelligence. We don't need to be spoon fed the way in which a character delivers dialogue. The mood should be evident from what was said, without having to tell us that it was spoken snidely, sincerely, tearfully, mournfully or any other way.

Tom Swifties are a great fun way of sharpening our wit, and perhaps if we come up with enough of them, it might help us to weed out our own speech tags and adverbs, seeing how silly they are when taken to the extreme. Some examples I've come across from others include the following.


'Who turned out the lights?' Tom asked darkly.

I came up with some of my own.

And one for Harry Potter fans.

Now it's your turn, assuming I've convinced you that this is not a pointless activity ('I've lost the tip of my pen,' Tom said pointlessly). This gets easier. Are you game to see how many you can come up with? 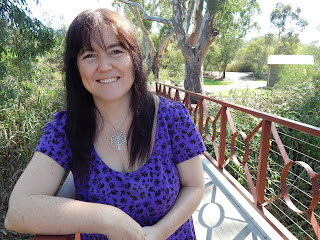 Paula Vince is a South Australian author of contemporary, inspirational fiction. She lives in the beautiful Adelaide Hills, with its four distinct seasons, and loves to use her environment as settings for her stories. Her novel, 'Picking up the Pieces' won the religious fiction section of the International Book Awards in 2011, and 'Best Forgotten' was winner of the CALEB prize the same year. She is also one of the four authors of 'The Greenfield Legacy', Australia's first and only collaborated Christian novel. Her most recent novel, 'Imogen's Chance' was published April 2014. For more of Paula's reflections, please visit her blog, It Just Occurred to Me. You may also like to visit her book review blog, The Vince Review where she also interviews other authors.

These thoughts were bought to you by Paula Vince at 00:30