The Original Author by Jo Wanmer

"The tablets were the work of God;
the writing was the writing of God, engraved on the tablets."
Ex 32:16

According to the Bible, God's first published words were written by the His own hand and self published. This isn't surprising as He is very familiar with Words. He is the WORD. "In the beginning was the WORD and the WORD was GOD..." (John 1:1) Those first words penned by God approximately four thousand years ago are well known to all of us. (Ex 20)

However those first published words were lost in a crash, not a computer crash but a crash of  frustration, of rejection. God's intended readers refused His first publication. They turned their attention to another source with disastrous consequences. (Exodus 32) 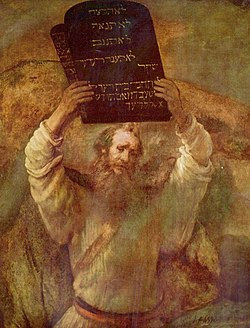 Graciously, God republished his work and presented Moses with a second set of tablets, this time in a hard cover to protect them. (Deut 10:2)  Then he instructed Moses to write down the rest of the revelation. (Ex 43:27)
Image from Wikipedia

God is very insistent about writing. In the Bible, He tells the Israelites to write on door-frames, stones, tablets, scrolls and hearts. It is because of this instruction we have the Bible. Many stories are passed from generation to generation verbally, but are eventually forgotten. Written words remain.

The Lord likes everyone to know about what he has done. This is demonstrated after Moses won a serious battle against the Amelakites. . As long as Moses held his hands in the air, his soldiers were victorious. The priests propped up his tired arms to ensure the battle was won. God told Moses to record the details and make sure Joshua, the leader of the army, read it. (Ex 17)

God is still saying 'Write, write, write.' A newer prophetic voice in Australia, Lana Vawser, has been encouraging authors to keep writing. (I posted her latest blog on Christian Writers Downunder on Facebook yesterday.) She says God is releasing new revelations, understandings of the Bible, stories, parables. He is looking for those who will record them for others to know. God is promising revelations for those who will position themselves to write.

Encouraged, I determined to write this week. But it's been a battle to even sit at the keyboard. I could list what has happened in the last few days, but if I'm honest there has still been enough time to sit and wait on Him and His revelation. It just seems hard to get there. The opposition is subtle, but strong. I need help to win this battle, Divine help, your help. We need to help each other.

Just as the priests held up Moses arms, I believe we need to pray for each other. In that way we can support each others efforts and win the battle to release His words to our nation and across the world. Will you join me as I pray?

'Lord, I pray for every one of us who write for you, from the accomplished author to those who scribble jottings in their journals. Burn in us with your passion and love. Stir up our giftings. Open glimpses of revelations and doors of opportunity in front if us. Release stories of passion and power through us. Use us to produce books that bring hope, healing and understanding. You, Lord, are the Author of all authors. You have known us from the moment you spoke us into being. Your creativity is deeply rooted in us all. Take us, Lord. Use us, lead us. May everything we pen glorify your mighty name. Amen.' 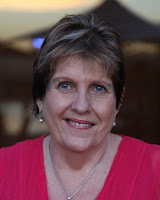 Jo Wanmer is the author of Though the Bud be Bruised, published by Even Before Publishing in 2012. She loves to write stories about real people, bringing the God of love and wholeness into real-life messes. Meanwhile she is a pastor, bookkeeper, grandmother and a few other assorted things as the Spirit requests.

These thoughts were bought to you by Jo Wanmer at 06:00