When we wish we'd written differently 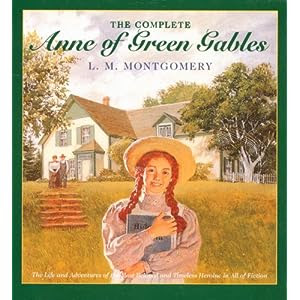 Recently, members of CWD have been discussing all things Lucy Maud Montgomery related on our Face Book page. Some have been able to visit Prince Edward Island, in Canada's far east, and shared photographs. I mentioned that I paid a virtual visit or two via Google Earth. We talked about what we enjoyed most about her wonderful books. Photos and quotes from the Anne of Green Gables movies were being commented on and shared.

It all reminded me of something sad I'd read once. L.M. Montgomery once told an interviewer that her biggest regret was 'killing off' a favourite character, Matthew Cuthbert, way too early. At the time of writing, she'd thought it would make a dramatic impact and stick in the minds of readers to have the shy old man die when he did. Anne fans would, of course, remember that it happened at the very end of the first book. He'd been alarmed by an article he read in the newspaper about the closure of his bank and suffered a fatal heart-attack (or was it a stroke?) Down the track, LMM thought of other ways she could have dramatised the end of the novel and wished she had, as she could have used Matthew at other points in her series. However, it was too late. She found out firsthand that writers aren't as powerful as we like to think we are. We can't resurrect characters back from the dead. Well, not in a series like Anne anyway.

I was wondering whether any of us have experienced similar regrets about which we could do nothing. I have. In an early novel, Picking up the Pieces, I had a main character, Claire Parker, go through an abortion. I was in my twenties when I wrote the first draft of that book. Swept along with the plot, it didn't occur to me that I could write it any other way. Her overbearing father's attitude was strong in my mind and I just wrote what happened. Later, when I was working on Along for the Ride, its sequel, I wished I'd let Claire keep that baby. I could've figured out some way to do it, and had an interesting extra character, the child who resulted from a date rape. Too late now though.

I like to think that fiction authors really do get to share and partner in God's creative process. Just as we create plots for our characters, He is busy making plots of our own lives. I have treasured memories of words of knowledge I received from people about the birth of my daughter, Emma, before she was even conceived. God knows what's going to happen in our personal stories but unlike LMM, me and several other authors, He doesn't make mistakes. He doesn't slap His forehead with the back of His hand and say, "I didn't think it through enough! It would've been better if the opposite thing had happened after all!" And as Romans 28:8 tells us clearly, He's powerful enough to make allowances for our free choices and personal mistakes and still weave them in to the story so it ends perfectly, where He intended. I'm so thankful for that.

When you think about it, maybe He's done that in the lives and plots of authors anyway, in spite of story regrets. Even though LMM's Matthew was beloved by many, his death opened up many other story possibilites from Anne of Avonlea onward, such as his sister, Marilla's, adoption of twins. I'm not sure she would have considered taking on a loud and active boy like Davy Keith if her quiet, reserved brother was still alive. And in Picking up the Pieces, I like to think of feedback I've received from young women who have experienced abortions, and written to tell me that Claire's experience impacted them powerfully and helped them process and forgive themselves for their own actions. If my book can be a tool that helps that to happen, maybe it is good for me to have written it just as I did.

Paula Vince is an award-winning author of Christian contemporary fiction, mostly set in the lovely Adelaide Hills where she lives. She is also a homeschooling mother of three children. She likes to fill her plots with romance, drama and some suspense and mystery. Her most recent book, The Greenfield Legacy, is a collaboration with 3 other Australian fiction authors.

These thoughts were bought to you by Paula Vince at 08:21