What I see here is a false dichotomy that western believers can be all-too-ready to accept, and in so doing, divide our writers into those who write Christian books (explicitly about Christian faith or having overt Christian-faith-associated themes), and those who are Christians who write secular books who have apparently crossed over into the secular world and are doing something somehow less worthy. That is, unless they try to covertly sneak their faith as an undercurrent of the work as a kind of guerilla evangelistic mission - to steal past those watchful dragons, as CS Lewis put it. This approach has the potential to be a little (or perhaps extremely) disingenuous. 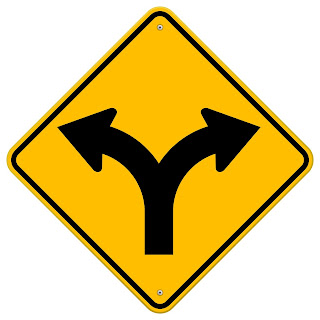 Now I’m not here to say we ought not to write overtly Christian books, I absolutely am in favour of writing books that deal explicitly with Christian themes and faith issues. I am also not going to say that we can’t write for the general market and include undercurrents of faith-related themes. I’ve done (or perhaps attempted) precisely that myself. And I also am perfectly happy to advocate for Christian writers who want to write a book that doesn’t have any apparent Christian-faith themes (though I’d be surprised to see an instance of a person’s established Christian faith and worldview not having at least a subtle influence on their writing).

The problem I want to address is that the dichotomy is false. 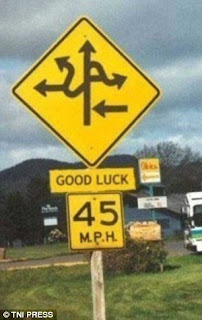 As a writer for Relevant Magazine’s Website reminds us, ‘the word secular means "without God," and there is no place on this planet that God cannot operate.’

Plato taught that the spiritual was higher and purer and the physical was a lower or lesser copy of the spiritual reality. This found its way into the teachings of the Gnostics. Paul wrote his letter, 1 Timothy, partly to address gnostic heresies that were showing up in the church. They held that the physical and the spiritual were two separate realms that did not belong together, and that worldly things were evil, and spiritual things were good. They could not allow that the divine Son of God could inhabit a worldly (and therefore evil) body.

The early Church Fathers, particularly Clement of Alexandria and Irenaeus, argued strongly against Gnosticism’s dualism and false dichotomies. Though the ideas have been soundly refuted, their shadow remains in the minds of believers.

German Enlightenment philosopher Immanuel Kant is one who is noted for dividing reality into, the phenomenal (empirical) and the noumenal (spiritual or moral), but there have been many others who have suggested a dichotomy like this as a model of reality. This idea is particularly persistent.

The more modern version typically holds that spiritual things (and endeavours) are good, and non-spiritual (or secular) ones are less-good; that being a preacher is a holy calling and being a plumber is not; that writing explicitly Christian books is a good and noble thing for a writer to do, and writing a book for a secular audience with subtle and/or potentially negligible spiritual themes is more like a guilty pleasure that might need to be excused for some reason.

If you look at what the bible actually teaches about what is spiritual, you find a very different picture. From the beginning, in Genesis 1, God creates the world and declares every part of it good. And God tells Paul in the New Testament not to call unclean what Gad called clean (Acts 10:15). And most believers have heard that all things are permissible, but not all are beneficial (1 Cor 10:23). What is important is the heart attitude. The biblical position is that everything is (or is potentially) sacred if done with a heart that wants to honour God by doing what he designed us to do. The bible teaches us that the important thing to remember is whatever you do, make it an example of the best of your ability and dedicate it to God as an offering (Col 3:17, 1 Cor 10:31).

1 Corinthians teaches us that the meat sacrificed to idols is not anything special. Meat is just meat, an idol is just a sculpture, and eating is just eating - except when it concerns shipwrecking the conscience of another believer. You can eat whatever you like and honour God by doing it - right up until you encounter someone who is unnecessarily concerned that idol-befouled-food might harm your spirit, and then you need to choose to use your freedom in Christ to stop eating it to care for your less-mature spiritual sibling. That being the case, can I suggest that maybe you can write whatever you like and honour God in doing it - so long as your heart is turned toward God and you are loving toward your fellow-believers in doing it?

For my part, God created me to be creative like him. And like him, I create all manner of things I think ought to exist, and not all of them need to have a cross carved into them in order to be a worthy offering.

Some stuff I read while thinking about this subject...

The Institute for Faith Work and Economics - H Whelchel 3.10.16

How can the Church be salt and light today - early church’s attitude to non-sacred work.

The Institute for Faith Work and Economics - H Whelchel 17.10.16

Seeing God in All Things: Why the Sacred-Secular Dichotomy is Heresy

Breaking Down the Sacred-Secular Divide

When Christ is Lord, Nothing is Secular

Is Anything Really Secular or Christian?

Is there such a thing as secular? 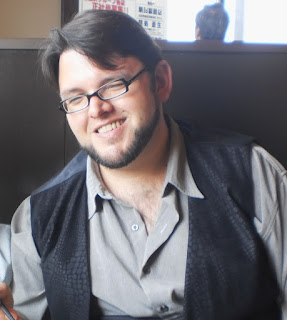 Ben Morton AKA Morton Benning is an author, illustrator, editor, publisher and occasional lecturer in speculative fiction, as well as a fiction-writing coach who runs his own assisted publication business called Immortalise [helping writers become authors]. He is the author of Playing God, and The Tale of Alathimble Spaide and Other Such Nonsense (Stone Table Books) and creator of Morton’s Anglish Fictionary (Immortalise) and largely responsible for encouraging a lot of creative people to attempt things they weren’t sure they could (or maybe should) do. He and his lovely wife are members of Christies Beach Baptist Church and have three adorable girls.

These thoughts were bought to you by Mazzy Adams at 05:00

Email ThisBlogThis!Share to TwitterShare to FacebookShare to Pinterest
Labels: God honouring creativity, holy or mundane, the spiritual in the secular