EAT MY WORDS by Ruth Bonetti

'A verbose writer in need of a good edit.'

So I have described myself. I'm grateful that editors and beta readers amongst this group have rescued me from indulgent door-stopper tomes.

But.
What if, even after thorough editing, we discover that concepts and attributions of an earlier book were misguided? False, even? Pulp the print run?

Confession:
My concepts of my grandfather were filtered by my father’s life experience as an overlooked middle son. Even written into book two of my Midnight Sun to Southern Cross trilogy.
Older cousins revered Grandad as a shining light, who could do no wrong in their sight. Innovative, an indefatigable worker, a sharp eye for opportunity.
Yet, I viewed a hard-nosed business man who wrote cutting letters to Dad that I quoted–in my innocence–and indeed adopted as an inner vow. I allowed words directed to my father–rather than to myself–to reinforce insecurities about my own God-given talents.
Grandad’s missives to Dad chastised him for an idealism similar to that of his black sheep uncle Karl Johan 'KJ.' In these, Grandad expressed his forcible view that only a realist could succeed and be happy. Witness the damage wreaked by idealists like Hitler, Mussolini and Peter.
A week before my birth, one such epistle arrived that stated that ‘the idealist pictures things as he would like them to be, but he can never achieve it, or come any way near his desire.’
In print, I wondered if Grandad ('WA') would dismiss my careers of musician and author as fanciful, too. 'Don’t I have a duty to use my gifts, Granddad?'
I imagined he said:
–You have been blessed with nice talents, yes, but God has given you children to raise, to feed and educate.
Yet Grandad had expressed pride in my achievements as a musician. I discovered recently, while researching Book 3 The Art Deco Mansion in St Lucia; What drove the man who built it?
I wish he had told me! I so needed affirmation. 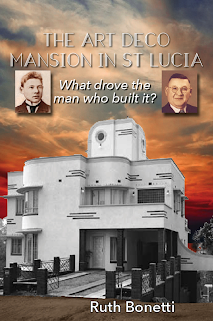 After publishing that second book, I shut the door on Finland heritage. When a cousin offered yet more letters, I surprised him with 'No thanks, I’m over family history.'
Gulp. I ate those words.
A new book could focus on Grandad’s part in developing St Lucia Coronation Park Estate and the Art Deco mansion he built.
I couldn’t just regurgitate the same words from the last book, this needed new material. That wish was granted by Kay Maxwell, who first met Grandad as a week-old baby in hospital. 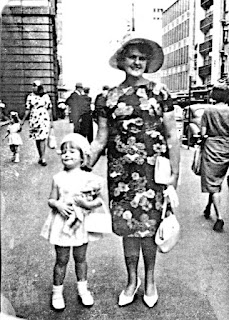 Kay's memories enlarged and revised my own.  Grandad was a well-rounded, cultured man, a patron of the arts. He sponsored his violinist niece to study in Holland, corresponded with luminaries like Doris Lessing. WA was forward thinking to embrace women in the workforce. In the 60s, married women had to resign. Rather than lose his esteemed PA, Kay's mother, Grandad set up an office in their home so she could continue working for him. He worked hard to provide for the family he loved. 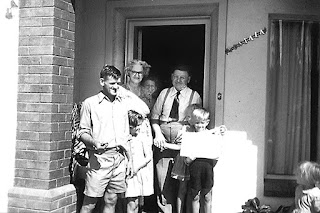 Child Ruth at far right observes family dynamics. This next book has added fresh insights to my family saga. I am grateful that I was prompted to explore these.
Judge not. Forgive them for we know not...what they really think or believe.
May the words of my mouth and through my fingers pecking at the keyboard, the meditation and inner convictions of my spirit be acceptable to you, Lord.

Life is a journey. Writing propels us forward on that path.

What words have you revised to edited along your way forward?

Methinks this is why we write?
What words have held you back in your life / writing journey?
The best of us must sometimes eat our words.
JK Rowling

What's in a number?

Closer research reveals errors of dates. Whose voice is valid? Grandad's niece wrote in her memoir that WA arrived in Australia in January 1902. WA compounded this by giving that date on his naturalisation certificate. How could one mistake such an important date? In an interview for a Finnish magazine he gave his wedding date as 1907, not 1908.

My fortes are Words and Music, not numbers.

WA, and even more so his brother KJ, covered tracks in case pursued to the other side of the world by Russian spies. Sounds paranoid? Not surprising if you’ve lived under a Russian regime around 1900. If you were pursued to Suez Canal by Russian military police, as was his brother KJ.

My great grandfather was known as 'Kyrk Back', which translates as Church Hill. Because he lived on the hill near the church, and he was a church warden. As was his son after him but in Australia, in Mullumbimby and in St. Lucia.
WA ate his words in some of his many letters.
I relate to letters from KJ, self-published author, dreamer, philosopher and creative. Grandad wrote about wool clips, droughts and blow flies. Closer inspection shows much wider scope.
We must keep open minds rather that miss essential truths. 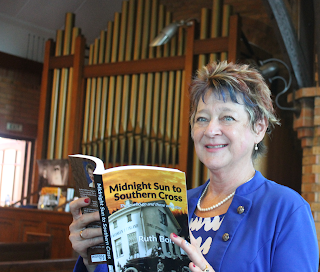 ABOUT Ruth Bonetti
Child Ruth wrote florid essays, a play about Midas called Too Much Gold! and edited a newsletter. After releasing The Art Deco Mansion in St Lucia (late April/May) she looks forward to the freedom of writing fiction after a decade of family heritage/ biography/memoir.
Order your early bird pre-pub special until April 2, the anniversary of Grandad's death in 1974.
Website
Facebook

These thoughts were bought to you by Ruth Bonetti at 23:06