When You Are Disappointed 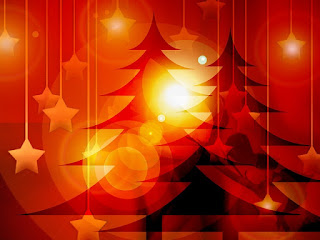 It may not seem appropriate to think about disappointment as we approach this Christmas season, but disappointments abound. Perhaps it was the year you hoped to be published, republished, published again, or some other writing goal wasn’t achieved. Perhaps other career or personal goals didn’t eventuate either.

I’m finding people in our churches are struggling with issues they haven’t had to face before. Christmas can bring a clash of values, culture and traditions that make it a stressful time. We have Christian friends who struggle ethically with the requests their children make of them. Perhaps their children want to bring their unmarried partner with them at Christmas and stay at the family home in the same bed. Or bring alcohol into a home where there has never been alcohol, or act in other ways that disagree with the values they were taught as a child.

This Christmas season, I’ve been thinking about Elizabeth who lived with a great deal of disappointment: “Zechariah and Elizabeth were righteous in God’s eyes, careful to obey all of the Lord’s commandments and regulations. They had no children because Elizabeth was unable to conceive, and they were both very old” (Luke 1:6-7).

In Jewish culture not having children wasn’t just unfortunate, it was seen as a disgrace. We see this later when Elizabeth discovers she is pregnant: “‘How kind the Lord is!’ she exclaimed. ‘He has taken away my disgrace of having no children’” (Luke 1:25).

Jewish wives were expected to produce children and if none were forthcoming, it was a valid reason for husbands to get a divorce. Children were important to look after aging parents, to pass on property and continue the family line. If a wife didn’t have children, the family name didn’t continue in the genealogy records. It was like being obliterated. Children were a blessing from God, and childlessness was seen as a curse or punishment, and a sign of God’s disfavour.

Luke states that both Zechariah and Elizabeth were from priestly lines (Luke 1:5), but also tells us that they didn’t live in Jerusalem (Luke 1:39). This godly, priestly couple chose to live away from the centre of religious worship. Why would they do that?

It may have been because of shame. Many would have felt that Elizabeth was guilty of some secret sin, and since Zechariah stuck by her, he must be guilty too. To complicate matters, we know from archaeological discoveries that the priests in Jerusalem were wealthy and corrupt, but wealth was seen as a sign of God’s favour. Meanwhile Zechariah and Elizabeth, “were righteous in God’s eyes,” but lacked the obvious sign of God’s favour.


It made no sense. Life hadn’t worked out the way Zechariah and Elizabeth anticipated.

Then, Elizabeth gave birth to John and there was much rejoicing. However, it seems Zechariah and Elizabeth died before John reached adulthood and John himself died young and childless. He wasn’t able to do any of the things that parents hope for: look after his parents, pass on his inheritance or continue the family line.

A Hope Greater Than Disappointment

The writer to the Hebrews talks about people like Elizabeth, “All these people died still believing what God had promised them. They did not receive what was promised, but they saw it all from a distance and welcomed it” (Hebrews 11:13).

Elizabeth didn’t live long enough to see all that God fulfilled through the ministry of her son John the Baptist, and later Jesus. Nevertheless, she saw it from a distance and welcomed it. She rejoiced in the prophesies that she saw fulfilled and the answers to prayer that she did see. While she didn’t see all that God promised, what she did see, gave her hope for what she could not see. 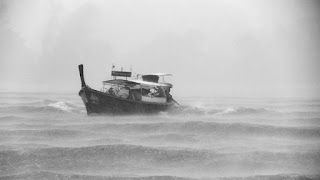 Likewise, our hope in God overcomes our disappointments. We may not see or understand all that God is doing in our lives and in the lives of those we love, but we know God keeps his promises. Our hope rests on the character of God. We know he is a faithful God who loves us and acts in our best interests. Our hope in God is a “strong and trustworthy anchor for our souls” (Hebrews 6:19).

Anchors are needed in rough weather to keep us from being swept away in a storm, but they are also needed in calmer times to stop us from drifting. Our hope in God keeps us connected to his promises in the crises of life and in the times of relative calm. He promises to be with us, to care for us, to strengthen us and to never forsake us. 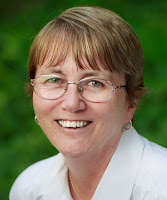 Susan Barnes is a writer and pastor. She loves to challenge people's thinking and regularly blogs at www.susanbarneswriter.com. Visit her website if you are looking for free devotional articles for your church newsletter, ideas for Bible Studies or sermons, book reviews and more. Receive her free ebook, 10 Things My Children Taught Me About God, by signing up for her monthly newsletter via her website.

These thoughts were bought to you by Susan Barnes at 04:00