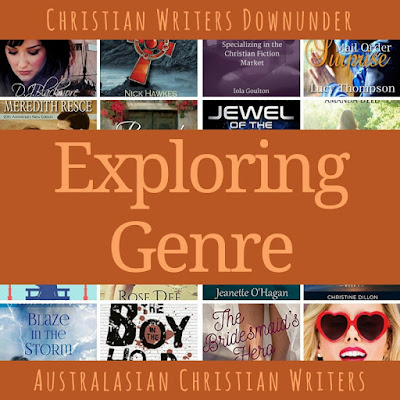 
About 55 years ago I picked up a ‘Cleveland Western’ for 2 shillings in my local newsagent. I thought I could write one so I had a go. At that time I couldn’t even type so I wrote 40,000 words in longhand in an exercise book. My dear wife Elaine typed it on a portable typewriter and I posted it off to the publisher.

The editor at Cleveland Westerns accepted it for publication.

Since then I have written 140 westerns for the company under the pen names Cole Shelton, Ben Taggart and Sundown McCabe and two under my own name, ‘Last Stage to Sundown’ and ‘A Stranger comes to Town.’

These last two titles are available direct from me for $10 each if you message me on Facebook. 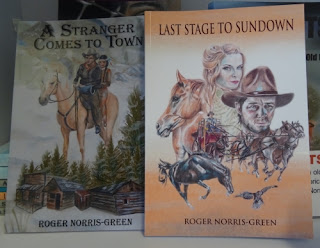 Westersn are mostly set in the later half 19th century (1860-1900) in the American Old West. They usually focus a nomadic cowboy or gunfighter sporting revolvers, rifles and horses, in quest of justice in an unfair world. There may be a empahsis on arid desert setting of the 'wild west' and common themes or plots can revolve around building the railway, conflict with cattlemen or Native Americans, outlaws and lawmen, protecting family and/or revenge stories.

Westerns include such classics as Zane Grey's Riders of the Purple Sage or TV series such as The Lone Ranter, Bonaza or the John Wayne movies.

Settler romances, set in the American Old West may pick up some of these themes, but have less focus on gunfights and a greater focus on woman's lives and romance. Settler romances are popular in Christian Fiction.


I write traditional westerns with ‘old time values’. The hero is a good man or at least one who was formerly living a troublesome life but who is coming good. He treats women in a civil manner, respectful and of course, ‘always gets the girl’.

He might be tempted by the ‘baddies’ but he never gives in.

The hero isn’t perfect but the reader can always identify with him because he is a decent human being.

I have just had two westerns accepted for publication by Black Horse Westerns. One has just been released. It’s titled LAST CHANCE SALOON. 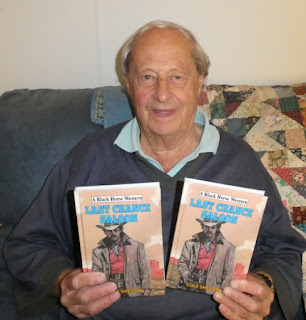 The story concerns a gunfighter who hangs up his guns for the peaceful life but then receives a letter from a beautiful young widow pleading for his help. The exciting finale takes place in the Last Chance Saloon where the hero stands alone against the forces of evil—and wins, of course. I don't have copies for sale but some libraries may have copies. Or you can buy online.

Simply google bhwesterns.com. Last Chance Saloon is on the right hand side of the front page. Also available in e-book.

Oh, although my wife typed my first few stories, I since learned to type and have a computer! 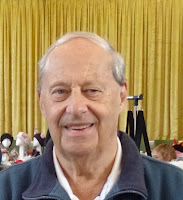 Roger Norris-Green is the author of Outcast, Seagulls, Secrets, Tipping Point, A Stranger Comes to Town, Sunday At Ten Ten, Redemption, Last Stage To Sundown, Pathways and The Lonely Shore .

You can follow him on his facebook profile here or learn more about him from his CWD Meet or Members interview here.