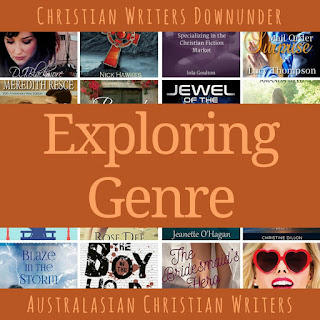 In this month's cross-post with Christian Writers Downunder, David Rawlings discusses slipstream, an ellusive mix of fantasy and literary fiction.

As an author, I’ve always had issues trying to throw a genre rope around what it is I’m writing. As an author yourself, you know why it’s important—it’s nice to have an answer for the inevitable question you’ll get after you announce you’re a writer: “So what type of stories do you write?” We all need a literary hook on which to hang our hat.


My answer has never fully satisfied me.

“A bit of contemporary. A bit of speculative.” It’s actually both but fully neither, and you want to have a descriptor that fully sells how you write. My stories take place in the real world but have speculative elements. I know that speculative fiction is often used as an umbrella term to cover anything “weird” but I’ve never thought my writing embraces science fiction, fantasy, horror or even dystopian fantasy. No aliens. No wizards. No clowns lurking in the gutters.

My debut novel, The Baggage Handler, is a story told in an airport and at 2019 locations of work, University and home – making it contemporary – but sets challenges for characters that are more fantastical. With my next novel – The Camera Never Lies – I’ve set it in the present telling the story of the marriage of a marriage counselor, but the story contains a mysterious camera that drives the story forward.


So I'm writing about a world we all know, but introducing elements that we don't.

How could I better define what I was writing? The best definition I could find is from the TV show Black Mirror, which focuses a lot on the technology we use in our society. Creator Charlie Brooker refers to stories that take place in society “in 10 minutes’ time”. It places stories in a world we can relate to, but adds an another element that throws off your equilibrium. That wasn’t bad as a description.


Then someone mentioned Slipstream.

Slipstream was first coined back in the 1980s and has remained an elusive mix of fantasy and literary fiction ever since. The best definition seems to be that it “falls between speculative fiction and mainstream fiction.”

Slipstream, like many other genres, appears to be a broad church; some argue slipstream throws you off your axis into cognitive dissonance territory. Others talk about slipstream being science fiction with less robots or aliens. Other describe slipstream as nonrealistic fiction; stories that take the best of both and apply it to a modern society. I found some attempted definitions that outlined the experience of reading a slipstream novel as “fantastical, illogical, surreal and jarring.”

This genre plays with the edges of reality, and can even be found in Christian fiction. My favourite story by Ted Dekker – Skin – fits this description. This is the blurb:

“A freak storm has spawned three tornadoes that are bearing down on the town of Summerville.

Yet under the cover of the storm looms a much more ominous threat: A vindictive killer known as Red who's left a string of victims in his wake and is now bent on exacting his final revenge on the unsuspecting town.

But there is an enigma surrounding Red that the FBI is unwilling to admit-closely guarded secrets of something gone terribly wrong beneath the skin of Summerville. Secrets that will destroy far more than one small town.

Wendy Davidson is caught in the middle. She's a recovering cult survivor who takes refuge in Summerville on her way to visit her estranged mother. And with her, four strangers, any of whom could be the next victim . . . or the killer.”


The longer you go into Skin, the more it feels like it’s playing with the edges of reality.

I won’t spoil it for you, but it’s set in a contemporary environment but stretches the bounds of what reality could be. And the final third of the book is mind-bending.

I’ve just finished reading The Pages of Her Life from James L Rubart (an advance copy, lucky me!) It’s the same deal with this book – it’s a story about contemporary issues surrounding a young woman surviving the games of the corporate world, but the story is driven by a fantastical element.

One book belonging to Frank Peretti crops up – with Prophet telling the story of a newsroom, but brought into the mix supernatural voices.

I think it’s important to reflect both the contemporary and speculative elements of these stories, and mine. To say it’s contemporary says it’s accessible. To say it’s speculative says it will appeal to your imagination. Maybe the label of Slipstream brings both of those elements, and better encapsulates what you'll get when you read books like these.


Slipstream is one of those genres that appears elusive to find, but that’s what I’ve found as I’ve looked into it.

So which stories have you read that could possibly fit into this genre? 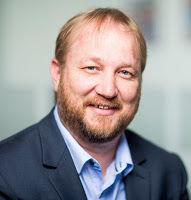 David Rawlings is a based in South Australia, a sports-mad father-of-three who loves humour and a clever turn-of-phrase. Over a 25-year career he has put words on the page to put food on the table, developing from sports journalism and copywriting to corporate communication. Now in fiction, he entices readers to look deeper into life with stories that combine the everyday with a sense of the speculative, addressing the fundamental questions we all face.

These thoughts were bought to you by Iola at 04:00