Do you ever find that the difficult patches in the writing life come at unexpected times?
The last part of October and the first part of November was an encouraging time for me. I won the unpublished manuscript section of the Caleb Prize and I flew to the Gold Coast on the following Monday to do a Margie Lawson writing Immersion. For those who don’t know, Margie is an international writing coach, and I was delighted when a place became available in one of her teaching weeks. And yes – it was AWESOME.
Life was busy when I returned and I lost some of the rhythm that I had built up prior to doing the Immersion. Then I received some negative feedback, had a flare of some health issues and then for some reason I stopped writing. Discouragement struck – and I became stuck. The launch of If They Could Talk: Bible stories told by the animals, an anthology for which I was editor, helped lift my spirits. But even this milestone couldn't fix my writing doldrums.
Maybe I’m the only one who goes through periods like this. Maybe the rest of you intrepid writers have it together and never feel like a four-wheel-drive bogged to the windows in Gobi desert sand.
No?
I also have to admit to a tincture of perfectionism somewhere in the mix. Perfectionism would be okay if we were perfect, wouldn’t it? Imagine a first draft that you never needed to revise. Ah, bliss! Cue serene music…
But back to reality.
Discouragement, seeded with grains of perfectionism, can lead to procrastination which leads to more discouragement and more procrastination, etc., etc., etc., which leads to hopelessness and before you know it, the black dog is something other than my cheeky Chihuahua/ Shihtzu cross pictured above.
I wrote nothing, playing a LOT of Sudoku instead. The only good thing that came from it was that I finally beat my husband’s best time on the online version of the game. We’re not at all competitive in our house by the way (cough). Other than that one moment of domestic triumph, I was sad to the core and didn’t know how to break myself out of the funk.
Then I remembered a section of a book I’d recently read. A friend had mentioned Stephen Furtick’s book, Greater, a while ago and I was intrigued enough to buy a copy. In Greater, Furtick uses examples from the life of the prophet Elisha to encourage Christians to live out God’s vision for their life.
In chapter five, the author refers to the Bible passage, 2 Kings 3. King Joram of Israel enlists the help of King Jehoshaphat of Judah to fight the Moabite army. The problem is that after seven days of marching in the desert of Edom, they don’t have any water left for their animals or their troops.
Jehoshaphat, being a godly king, asks Elisha to talk to God about their problem. Elisha agrees and God says something strange. He tells them that they won’t see wind or rain but He will make water flow from the hills in Edom. It is easy for God to do this. In several translations (e.g., the NASV) God tells them to make the valley full of trenches – i.e., dig a vast amount of ditches (2 Kings 3:16).
Imagine being those people. There were no clouds in the sky, just heat and dust and a sense of hopelessness. Two vast armies on the verge of dying of thirst, and God tells them to start digging. It would seem counterintuitive in the extreme. Sweat and toil all night when there’s no visible way of having your need for water met. Yet they did it, and in the morning the valley was filled with water.
Furtick uses this as a prime example of how faith works. He writes:

It’s as if God says, “If you really believe I’m going to do what I told you I would do, get busy. Show me your faith, and then I’ll show you My faithfulness. Do your part. If you do what I asked you to do, I will be faithful to My word.
(Greater, p. 66)

I agree with Furtick, but I also think it's one of the best metaphors I’ve ever read on the nature of the writer’s life.
We need to believe in what we are doing and act on that belief. Most of us reading this have felt the call to write. We know God wants us to do this. So we need to do it, even if the ideas have dried up and the words we thirst for elude us. When discouragement invades and we feel like giving up, we need to seek God. And when we do, we need to act. Even if it's writing just a few words at a time.
In this instance of depression God told me to ‘remember’. Remember that I have called you. Remember what I’ve promised you. Remember that I love you. Now go and do your thing. Write in faith: one word after another and I will fill your words with my life. Dig the ditches and I will send my rain.
And so I write – and the black dog morphs back into a naughty puppy again – and I have hope.
How about you. Do you have times in your life where writing is hard? What helps? Does 'digging ditches' work for you? Let's encourage each other in the comments below. 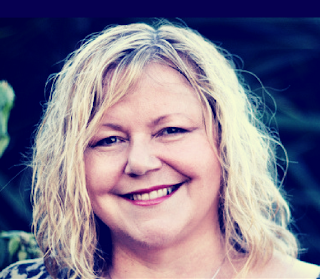 Susan J. Bruce, aka Sue Jeffrey, spent her childhood reading, drawing, and collecting stray animals. Now she’s grown up she does the same kinds of things. Sue works part time as a veterinarian, writes stories filled with themes of overcoming, adventure and belonging, and loves to paint animals. Sue won the Short section of the inaugural Stories of Life writing competition and recently won the 'Unpublished Manuscript' section of the 2018 Caleb prize. Sue is the editor of 'If They Could Talk: Bible Stories Told By the Animals' (Morning Star Publishing) and her stories and poems have appeared in multiple anthologies. Her e-book 'Ruthless The Killer: A Short Story' is available on Amazon.com. You can check out Sue’s animal art on Facebook.