Question 2: Tell us about your writing (or editing/illustrating etc).  What do you write and why?

My writing has predominantly been non-fiction. The two books I’ve had published were biographical in nature in the true crime genre. I was asked by a cousin by marriage to help him write the story of his journey through the justice system after the murder of his daughter.

I had been helping him prior to this request by writing letters to judges, politicians, lawyers, all sorts of people about his disappointment with a not guilty verdict at the end of the criminal proceedings. I had never done anything like this before. My administration background enabled me to write letters but growing up I was never encouraged to write by teachers or anyone else. After praying about the matter God nudged me into saying yes and then the fun began. 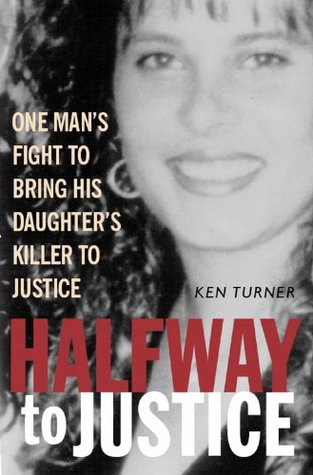 I had no idea where to start, no computer, no writing skills to my knowledge, no idea how to research something as large and complex as this. I told God that since He had got me into this, He had to help me. He did in magnificent and miraculous ways so long story short, 6 years later ‘Halfway to Justice’ (released in 2005) was birthed.

We had written this for the trade market but a Christian bookstore, that wanted to stock the book, couldn’t because of some of the content. The story had an element of forgiveness which we didn’t focus on but didn’t shy away from either. An idea came to us that if we could tone down some of the content in the original manuscript and focus more on forgiveness and what that meant to Ken, it might just work. Nothing ventured, nothing gained as it is said. ‘The Power of Forgiveness’ (released 2009) was born as a result. Both books are out of print but available as E-books on Amazon and can be borrowed from some libraries. 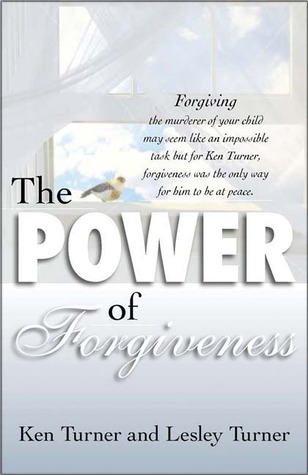 As far as editing is concerned I fell into that as well. Writing and being edited for the two books taught me so much. I couldn’t believe I’d actually completed them and been published twice. Many people that I knew came out the woodwork so to speak and confessed that they had written bits and pieces but hadn’t gone further with their writing. Projects sat at the bottom of drawers or filing cabinets because they couldn’t afford to get their work edited. So I began to offer to help after praying and telling God that I wished I could help. His answer was – ‘Well, you can!’

So I call myself an editor with ‘L’ plates and I’m learning all the time, hopefully getting better at it.  If nothing else I can encourage, mentor and try to help new writers to a point where they are confident enough to get some professional help or take the next steps to getting published. So the answer to the question ‘why do I do what I do’ is of course – I do it for God! He has given me gifts and I so enjoy seeing others blossom and come to a place of enjoyment of their own gifts.

The first book was popular because it was an emotive true story. A professor from one of the universities in Adelaide wrote an acknowledgement and we asked him to officially launch the book. He told us that he was recommending that his legal studies students read it because it would give them another perspective – that of a victim of crime. We had lots of feedback from both people we know and many others. Writers and editors contacted us to ask if they could quote from the book, which was also encouraging. One of the witnesses from the criminal trial contacted us after reading it. We had coffee with her and she told us about things that couldn’t be used in the trial which we were able to include in the second book. These bits of information answered a lot of questions that arose for which we had no answers initially.

The first book didn’t have that ‘fairy-tale’ ending but with extra information and a final twist at the end, we were able to close the story leaving the reader with some sense of justice having been served. We stated that basically, justice on this earth might not be as we would like it, but God will bring perfect justice when He asks Jesus to return and wrap things up. I have had feedback from a variety of people who have read either or both books which encouraged me to pursue my passion in every aspect of the writing craft so I leave it to the Giver of all good gifts to choose who He wants to read these books.

Lesley has two children, is a grandmother of six and great grand-mother of one. God called her to write for Him at the age of 51 after she retired from the workforce. Since retiring she has volunteered many hours weekly in the church serving in a number of areas. She is currently working with the lead pastor, compiling and editing a series of resources and teaching materials designed for new pastors and leaders, particularly those on mission fields worldwide who struggle financially to get good quality educational material. Lesley has also made herself available to speak with and mentor new writers, encouraging them to use their gifts with complete dependence on God’s leading. Her testimony has been a source of inspiration to many who struggle with difficulties in this area.