Total Wipeout or Totally Write It Out?

About a decade ago, the first Wipeout game show aired in the USA. Contestants threw and bounced themselves into, around, across, over and through an absurd array of obstacles, mud, more obstacles, mud, creative obstacles, water, (washing off the mud), challenging obstacles, watery downpours … anyway, you get the picture. Total Wipeout, the British (BBC) version, followed hot on its heels, eventually airing in Australia (and currently repeating on ABC ME).  If you’ve no idea what I’m referring to, you can watch Total Wipeout’s first Episode here (after you’ve read this blog, of course). 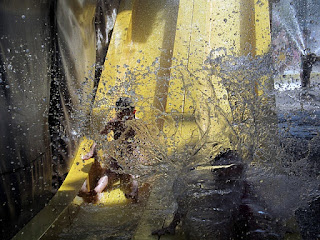 The ‘killer surf’ giant water slide introduces the show’s final challenge (See it here at about the 48:20 minute mark). By this stage, the field of twenty-four starters has narrowed to three finalists who compete for the cash prize. It’s not hard to draw an analogy between those Total Wipeout contestants and writers, (aspiring and successful). With varying degrees of enthusiasm and expertise, we might 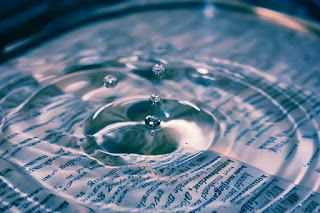 It’s easy to extend the analogy. Both contestants and writers might


May I also draw your attention to the response of the game show’s audience because, frankly, they are amazing in their efforts to cheer on the players. They laugh with good humour at competitors’ pedantic pre-action antics, commiserate when they slip and fall, and cheer wildly when they pick themselves up and try again. Sure, every episode has one overall winner who receives a prize, but the audience applauds the efforts of all the players who try, whether they win or lose. In the presence of that faithful, enthusiastic cheer squad, naysayers face, um, total wipeout.

Over the last twelve months, I’ve been whacked and dumped and drowned by a plethora of challenges and disappointments that have seriously undermined my writing progress. I’m sure I’m not the only one. But a couple of weeks ago, the Holy Spirit challenged me with this thought:

The only power/authority/naysayer who
wants you to fail as a Christian writer
is the devil.
In stark contrast, a huge cheer squad,
led by Almighty God,
wants you to succeed.

My first thought was, ‘Wow!’

My second thought was, ‘I have a choice to make.’ 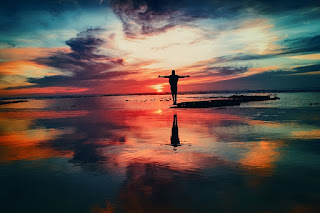 Having meditated on this for a couple of weeks, I’ve concluded the Bible provides ample evidence that God is cheering us on as Christian writers, e.g. Isaiah 52:7, 50:4, Psalm 68:11 and more than 64 other verses that mention the word ‘write’.

It’s also supported by visible actions and evidence, vis-à-vis the encouragement readily given by family, friends, fellow Christians, writers, readers and editors. Honestly, although there are many articles across the web that reflect the struggles and challenges faced by writers, the overwhelming sense from both Christian and secular sources is one of encouragement to all authors, (aspiring and published) to go for it, keep writing, get better, never, ever, give up. In this industry, the players are generally much more inclined to critique with a view to improvement than be critical. Even the dreaded rejection letter is seen as a step or side-step in the journey, not a prescription for failure.

So, next time the devil starts throwing the mud of failure in my face, or yours, let's remember that, unless we choose to agree with him, he’s a minority of one, even if he appropriates a few human mouthpieces from time to time. Meanwhile, the great majority, in heaven and on earth, is cheering us on, big time. 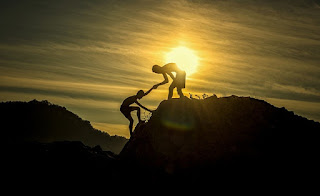 Have you got a favourite line you’ve heard from that cheer squad? I'd love you to share it with the rest of us. Spur us all on to greater effort and action.

(Note: Images used above are Creative Commons sourced from Pixabay)

Mazzy Adams is a published author of poetry, fiction and creative non-fiction. She has a passion for words, pictures and the positive potential in people.
Website: www.mazzyadams.com
Email: maz@mazzyadams.com