Writing is such a personal thing. We’re told to ‘bleed’ on to the page, in a popular writing meme. We’re told to write what we know, and put our hearts into it. We inhabit our words and search our souls for meaning.

And then we ask for feedback.

And we’re supposed to just sit there and take it.

I’ve been on both sides of this experience. I’ve left my writers’ critique group in tears more than once. “They don’t understand what I’m trying to do,” I’ve raged. “It is good. The character is loveable. Sure, she’s mean, and says stupid things, but that’s just her age.”

It can really hurt when not everybody loves and adores and raves about that piece you’ve poured your whole self into. It feels like you’re getting kicked to the ground, shamed, beaten and humiliated.

As an editor, and the one giving the feedback to lots of different writers, I have an entirely different perspective. I don’t see the writer. I only see the story, the phrasing and the words, the characters. I rarely, if ever, think about the person behind it who has lived and breathed their manuscript for months on end, unless I hear their voice instead of the character’s voice, or see their hand in an awkward plot twist, rather than following the natural course of events.

For me as the editor, the writing I’m working on is completely separate from the person who wrote it. And my aim is not to help the writer feel better about the piece of work they’ve sweated over and loved. I’m aiming to challenge them to improve even more. My task is to help them get that writing and that story as good and as perfect and as rounded and whole as it can possibly be. The best writers I’ve worked with are the ones who have listened, heard and come back with work that’s ten times better than what they started with.

(As an aside: I don’t think I’m a mean editor, but I’ve been told I should probably be a little kinder, or at least, perhaps drop in a compliment or two where something is really good. I’ve started writing ‘great’ or ‘awesome’ where something is really stand-out, but I don’t do it a lot. My time costs that writer money, and, frankly, compliments take time. I’d rather give full value to the writer and use their money to help them polish as much of their piece as they can.)

Over the last three years I’ve been learning the cello, as an adult beginner. I imagine it’s been for me much like writing is for many people. I love it. It feels personal to me, and I work hard at it. I want to eventually play in a community orchestra, and not embarrass myself. So I spend my week of practice trying to get a piece sounding just right, and then Tuesday morning comes around, and my teacher turns up.

He’s given me just two compliments in three years. Two! But in that time he’s gotten me through to working on fifth and sixth grade pieces, reading tenor clef, and working on my vibrato, all the while challenging everything I knew about music. He just laughs at me when I whinge at him (which is a little too frequent, I admit) and try to make things easier for myself by skipping practice steps.

“The thing about music is it’s a meritocracy,” he told me once. “If you do the work and take the feedback and use it, you’ll improve. You want to play with the big kids? You’ve got to work as hard as the big kids.”

A few times I have let his challenges get to me and felt depressed for a couple of days after the lesson. “I can’t play. I’m hopeless. He’s mean.” And then I’ve realised I’ve been silly. I want to play the cello: he’s teaching me how to do it (and he’s not mean, by the way – just honest) and it’s working. I’m improving. Yes, I could have taught myself by watching YouTube clips and sawing away, but I’d still be back in first position with lousy technique and a bad ear.

Writers, just like adult beginner cello players, need to carefully consider the feedback we get, and be able to separate our own sweet, sensitive selves away from our work – if not for our own sakes (hello, mental health, I’m talking to you!) then at least for the sake of our work. It won’t improve and we won’t grow as writers if we can’t be challenged by constructive feedback and take on an attitude of learning. 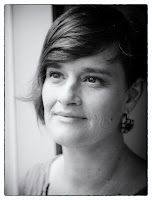 Cecily Paterson writes Middle Grade novels for girls, publishes Christian colouring books, and is working on an online 'Write Your Memoir' course to be launched in early 2018.

These thoughts were bought to you by Cecily Anne at 07:00