These Acting Tips Will Make You a Better Writer 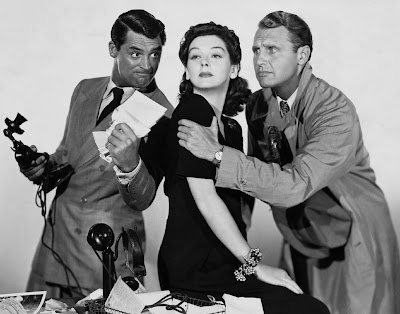 When it comes to writing, we all have our own unique approaches. Some of us spend hours working on plot and theme. Then once satisfied with where they story’s going we begin to write.

Others, like me, have a rough idea of where we’re headed and let the characters take us on the journey.

What ever your approach, I’m sure your characters have gotten themselves stuck in places you don’t know how to write them out of, or they may take a completely different road than you ever imagined.

It can be tricky to figure out the solution and sometimes it can lead to “writers block”. Or it can increase our days of procrastination when we should be writing.

I’d like to do something a little different today and show you how an actor approaches a character, in the hopes it helps you get your character “unstuck” or help you to avoid days of procrastination.

The first question an actor asks themselves is, “What is my Super-Objective?”

A super-objective is the characters ultimate goal. The think they want most.

Figuring this out for every character in our novels can give us vital tools on how to write them.

It’s the thing that carries them forward. They may have several smaller objectives for each scene (in fact they should) but everything they say, every choice they make and even some of the random habits or mannerisms we give our characters will have a direct correlation to their Super-Objective.

Another question the actor asks themselves when preparing for a role is, “Where am I coming from and where am I going?

As much as our character’s are driven by their Super-Objective, there are other things that get in the way. And often it’s circumstantial. Even if we really want something we sabotage that want because of the kind of day or week we’ve had. Or the belief we have about ourselves.

Our characters can run into the same problem. We may not write about every scene of their life, but we should have an idea of where they’ve come from and where they’re going.

Which leads me to another great question actors ask, “What is my relationship to the other characters in this scene?”

If we go back to the last example of knowing where your character has just come from, you know their reaction is going to be different depending on who’s at the door.

If it’s a good friend who they’ve known for years, they may bounce around on one foot while they yell at their friend to not just stand there, but to go get some ice.

Whereas if they were answering the door to the blind date their friend set them up on, they’re probably going to try to hide some of that pain and use some of those excellent habits and mannerisms we painstakingly gave to them to dodge any further embarrassment.

There are so many other questions an actor asks about their character, but this is the one I want to end on, “What obstacle is in the way and what action will I take to get what I want?”

When I studied acting, one of my teachers passed me a list of verbs and explained that we all try several different approaches to get what we want in life. Everyone does it. We try to coax a secret out of our friend and when we don’t get what we want we move to another approach. Perhaps we try to inspire them to tell us their secret and if that doesn’t work we may try something a bit more drastic like threatening to withhold the last piece of chocolate until they talk.

Our characters should be the same.

Every great story is rife with conflict, so our characters are going to need to try several different approaches to get what they want. I highly recommend you google “actors verb list” and use it to help you figure out the several different ways your character can approach getting what they want. Make them really fight for that want and you’ll hold your readers attention more.

These are just a few of the tricks I use in writing, what are some of yours? 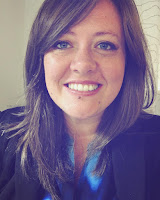 Charis Joy Jackson is working as a missionary with Youth With a Mission (YWAM) a non-profit organization & is part of The Initiative Production Company. She loves creating stories & is currently writing a novel, which she hopes to create into a seven part series.

Here's to a life lived in awe & wonder.
Welcome to the adventure.

These thoughts were bought to you by Charis Joy Jackson at 07:00