What They Never Tell You - by Buffy Greentree 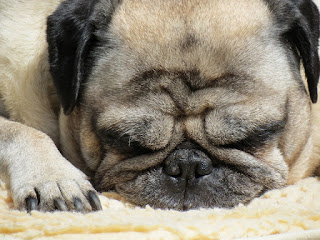 Everyone tells you how hard writing is, but I really feel they give all the wrong reasons. So yes, there are the usual distractions - life, work, finding out there are eight seasons of The Good Wife on Netflix, and/or realising exactly how much editing a manuscript really needs. We all have those. But these have nothing to do with writing.

At the core of many of my writing struggles is my relationship with my main character. It is in a very real sense like having a child. There are times of excitement as they actually start to respond to you, so you don't feel like you're just babbling to yourself. Then there is the joy of leading them blindfolded into the roomful of presents you've been collecting all the way through their story. You can sit back with a cup of tea and watch while they run from one to the next with squeals of delight.

These are wonderful times. But then there are the teenage years.

First there's the sulky teenager: that finger-tapping dullness of a character who has no personality yet and refuses to be written into anything - would you like to do this? I dunno. What about this? Meh.

Then at some stage this morphs into the rebellious teenager: the hair-pulling frustration of writing, scrapping, rewriting a scene that you'd carefully planned because the character has changed and no longer likes acting this way. But you always loved going to the park. Mum, no one goes to the park anymore, write me something better.

And finally there's the problem I'm currently stuck in - the 'I'm the centre of the universe' teenager. Basically, right now I don't like my main character very much. Of course I still love her, I just don’t approve of how she’s acting. I've been told that with real teenagers you're not allowed to slap them out of it. Luckily, writing's not nearly as considerate.

I'm currently trying to polish episode five of a twelve part serial. So far I've allowed Laurie to take control of her life and try to make it perfect. Unfortunately, she's making it clear that this just leads to complete self-absorption. She's so focused on getting what she wants that she doesn't even care about the other characters - I didn't even know one of them was married because it had never occurred to Laurie to ask. That came as a surprise to both of us.

By the end of the episode I get to pour cold ice down her back so she stops being a pain and realises she needs to change. However, until then I have 15,000 words of her not realising. That is to say, continuing to think she's the bee's knees and everything should go her way. If you've never been in this stage either with a character or a child, let me tell you - it's darn annoying and enough to make you want to pack them off to wherever it is they go to grow. Summer camp, maybe.

And then I have the audience to consider. I feel like that poor mother whose child is throwing a tantrum in the middle of the supermarket, while everyone else is judging. It's not my fault! I'm told they all go through this stage. She can be a real sweetie when you get to know her.

So there is really only one solution. I'm just going to unwrap a chocolate bar and sit down in the aisle until it's over, past caring about all judgement. In writing terms, I'm going to stop trying to make my character appear better and more likeable, and instead push her out into the world just as she is.

Anyone else struggling with a character/actual teenager? Any good tips?

These thoughts were bought to you by Unknown at 23:59