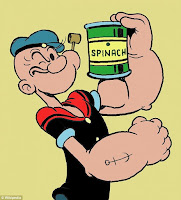 What do Popeye, Frodo and Anne Shirley have in common?
No this is not a trick question. I need help so today I have more questions than answers.

If I answer the first question, will you answer the next one? Popeye, Frodo and Anne Shirley are all distinctive, memorable characters, crafted by a creative pen. Whether a reader loves or hates them,
it doesn't matter. They have been quoted, talked about, emulated and taken by film-makers to make both investor and fan richer.

Of the three, my favourite is Anne of Green Gables. Nearly every character in those books and films are wonderfully individual. Anne's use of language, her responses,reactions and impulsiveness warm our hearts.

Let me ask you the main question. How do I create similar characters?  How do I write people we either love or hate, or at the very least stir our empathy? Characters we remember? My current problem is a supporting character. She chews over issues with Milly, encourages Milly, looks after Milly's kids. The book needs her. Milly needs her, but who is she? I determined one day to make her memorable so added to her character chart (you know the one - blue eyes, curly hair 157cm tall...) a big blue bra that acted like a handbag. She could pull anything out of it - from a hanky or dummy to a box of matches and bait for the fishing line. It was so memorable that I completed a full edit of 100,000 words without using that idea once. Her underwear never rated a mention.

Maybe blue bras don't make character? So who is she? Her name is Khi. My friends don't like her name. Originally she was Mia and then she became Shyhla. Neither of those worked. I like Khi but one of my readers thought it was a boy's name and was gender confused for ages. (Maybe she does need that big blue bra.)

She is a mother, a great friend, wife of an highly successfully business man who abused her behind closed doors. (My readers would have to guess that because she is so embarrassed she doesn't want them to know. I hope she never reads this blog.) Her faith is determined as opposed to passionate. I could tell you about her broken childhood, her low self esteem, her fears and her capability.

But she is colourless, unmemorable. In a recent manuscript assessment Iola said, 'Khi needs further development. It's not that there is anything wrong with her character, but it would be good to know her better'. In other words she's not quite there. I agree.

So I need help. Would a simple name change work? For instance I could call her Bl...y Mary, or BM for short to avoid offending my Christian readership. Would that add instant character? Or maybe I should....

As you see I'm out of ideas...or ideas that inspire me so that her character falls into the memorable category. 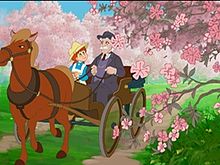 What do you like in characters? How do you build them?  Some writers develop characters sheets, others build an Instagram page, or write an interview of the character. What do you do? How do you get to know the people that carry your story?

I wait eagerly for your comments. Khi needs your help. She is the protagonist in  the sequel which is already written and I want her to have something in common with Popeye, Frodo and Anne. (Images from Wikipedia) 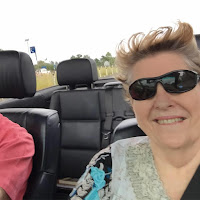 Jo Wanmer cheated when she wrote her first book. The fiction, Though the Bud be Bruised, is based on fact.  She knew all characters very well. It is her own story and she endeavoured to be very honest in every portrayal. As a result, all Zara's faults were on the page and few of her finer qualities. A beta reader who didn't know Jo personally was very critical of Zara and her husband, Sam. After Jo recovered from the shock, she realised her writing needed adjusting and did so.
Jo is very thankful for every person in the Christian writer community who has helped her over the years.
She loves feeling the air in her hair when driving with Steve in their new sports car, communicating the love of God with a pen or a microphone, and spoiling her eight grand-kids.