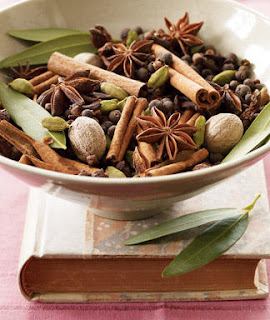 I've had the privilege of reading some unpublished manuscripts and writing reports on them for their authors. A couple of outstanding ones have come my way, full of whimsical, incredible originality combined with the sort of plot I'd imagine only dreams are made of. They shine with the outstanding and unexpected on almost every page. Such stories are clearly inspired because nobody else could possibly have written them.

When I ponder what I know about the public as an entity, I wonder, if these stories were published, how would they fare in the big wide world? Would they be received well by the masses in general? We live in a world in which some publishers even give perspective authors formulas as required reading because they fill such a niche in the market and know what they want to sell.

An editor once asked me what genre a manuscript of mine was, because she'd got a few chapters into it and couldn't tell. "Is it inspirational, sweet romance, adventure, chit-lit, family saga or what?" She said it was important that I tell her as the knowledge would influence the way she approached the editing. And I couldn't really tell myself. I simply wrote a story that appealed to me. I thought it a pity there is no genre called pot-pourri but it's easy to understand the reason there isn't. Many readers don't want to risk pot luck when it comes to spending their hard-earned money on books.

I've heard of authors writing stories out of their established 'genres', receiving flak from their fan bases and suffering in resulting sales. It seems the only viable option for these writers may be to consider using pseudonyms for certain projects.

My pot-pourri manuscript was eventually worked on by another editor who enjoyed all the disparate elements. It was published as A Design of Gold and its cover was once featured on a romance double page of a Koorong catalogue. I flinched when I saw it there because it is definitely not pure romance and looked odd among all the covers and blurbs of books that were. My kids even laughed at me and I gloomily predicted, "I don't think many will sell." I turned out to be right.

So what is the phenomenon we have? Sometimes I think of it as the "McDonalds" system of marketing books. Many people want to feel safe. They like the predictability of knowing exactly what they can expect when they buy a burger or a book. That's why I've come across many blurbs like the following.

Mary-Belle is contentedly preparing for her wedding to small town lawyer, Tim, when the brash and rude town-planner Hugo sweeps into her peaceful, rural life, determined to raise a civic shopping centre. As she fights him on this, mayhem ensues. Could the brusque villain really be nursing a broken heart?

Have you read that book before? Well, in one way, it's impossible because I just made up that blurb now. On the other hand, yes, you have, if you're coming from the, "seen one, seen 'em all" perspective. My Design of Gold was up against several similar blurbs to this. Would you feel tempted to read about Mary-Belle and Hugo based on that blurb? I'm sure many people would, in the same way they like to grab a chicken fillet meal deal at the end of a long day. We're worn out and we know we'll get to see the pompous guy with attitude eventually kiss the sassy girl with the perfect figure.

What happens if readers think what you're offering may appear a bit unpredictable at first sight? That, I believe, is one of the things I've struggled with over time, although I wouldn't change it for the world. My books are sort of eclectic with bits from all sorts of sources. Just like real life itself, I like to think my stories have body, flavour and offer a substantial feast.

Do they suffer in sales from being hard to squeeze into cut-and-dried genres? Yes, probably. I call my books 'contemporary dramas' as pot-pourri books would probably get raised eyebrows, and I add that there are elements of romance, mystery and suspense. They aren't totally off-the-wall, like going to a smorgasbord restaurant with goulash, meat pies, pavlovas, mi-goreng, baked trout, chocolate mousse and a Sunday roast all offered on the same table. That would be like having vampires in a time machine suddenly appearing in the middle of your Amish community to whisk Jacob and Rachel away just as they're about to have their first kiss. My books aren't that weird.

But would I struggle to write a novel according to a formula to fit squarely into a defined genre on the off-chance of more success? No, I honestly think that would take the heart out of writing for me. I prefer to keep doing what I've been doing because they have to reflect me and have lifeblood in their veins. Some readers can do that within the confines of definite genres and I think they're lucky, but I prefer to plod on, perhaps making pot-pourri drama romances my own particular brand for the sort of reader who may consider trying something like cayenne pepper in their hot chocolate and discovering that it goes together really nicely.

Paula Vince is an award-winning author and homeschooling mother who lives in South Australia's Adelaide Hills, a beautiful spot for inspiration. Her novel, Best Forgotten, won the 2011 CALEB prize for fiction and Picking up the Pieces won the 2011 International Book Award in the religious fiction category. She believes a well-written story has a way of igniting the imagination like nothing else.

These thoughts were bought to you by Paula Vince at 10:38