Graphic designers use a device called 'visual closure' when creating some logos and designs. It goes like this. Imagine someone just showed you a picture of a square, but one side was missing. You would know it was supposed to be a square because your brain automatically filled the gap and put the missing line in place.

Below is an outline made up of two pie shapes and a wriggly line. Of course, it’s a car. Then look at the Disney Channel logo – two circles above a broken arc. Yep… Mickey Mouse. And some ink blots, each meaning nothing in their own right, and no lines to join them, yet most of us would know the finished result is the logo for the World Wildlife Fund. 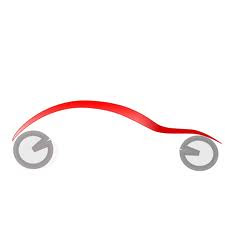 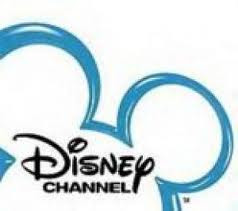 You may not know, but I work as a proofreader fixing other people’s spelling, grammar and punctuation. But I miss stuff sometimes in the documents because, if I’m not careful, I see what should be there not what actually is. And it’s why, when proofing a document, I have to read at grade three speed, one word at a time and often out loud… so I can see what’s really there.

This got me thinking about faith. Since Adam, we’ve all lacked something. Some of us are made up of blots, or wriggly lines or funny shapes. We’re all incomplete. Yet, when we come to know Jesus at whatever stage in our lives, God sees us as complete. We’re not perfect, but He fills the gap with His grace and healing.

Matthew told the story in chapter nine, verse two, of a paralytic who was taken to Jesus.

‘Then behold, they brought to Him a paralytic lying on a bed. When Jesus saw their faith, He said to the paralytic, “Son, be of good cheer; your sins are forgiven you.”’

They just showed up.

When we’re doing our work, whether it be writing or anything else, there are times when we have gaps; times when, like the paralytic in a way, we feel incomplete. But God is the great gap-filler. When we’re numb with fear, or lacking inspiration, or overwhelmed, all we have to do is show up.

I need to pick up my pen or sit at my computer − I just have to show up and invite God to fill the gap.

That’s faith and Jesus sees it every time.


About me: I live in Sydney with my husband Phil. We've been married forever (that's what you're allowed to say after thirty years). We have three adult kids, two d-i-l's (daughter's-in-law), one grandson and another grandson on the way.

These thoughts were bought to you by Jackie Randall at 01:00