Do you finish every book you read?


There are excellent cases for both sides of this question. I was conditioned not to read every word during my English degree at Uni when we were given way more books in the syllabus than we could possibly read. It became impossible to cram in one per week, when we were talking about novels the size of Little Dorrit, Bleak House or Middlemarch. The staff admittedly knew we'd focus on our essay topics and skim through the rest, and they instructed us to cherry pick. But was it a good habit they were encouraging students to take on board? Here are some pros and cons for both sides. 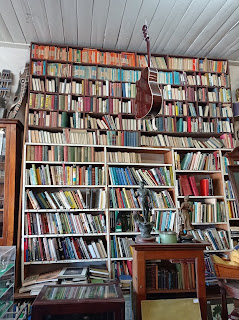 I Finish Every Book

These are people who grit their teeth and plow through no matter what. They believe being faithful in small commitments makes them more likely to be faithful in larger ones.

One friend of mine says that she can't count the numbers of times she was bored at the beginning of a novel and wowed by the end. Sticking to a book, in her opinion, is its own reward. She makes a valid point. I can think of numerous times I've loaned books to people who I'm sure would have greatly loved them if they'd only persevered. Instead, they ditched the attempt after a few chapters because it didn't hold their interest. I've no doubt I've done the same, although I may never know.

J.R.R. Tolkien wrote, 'I've only abandoned three books that I can remember, preferring to soldier on through unmemorable chapters than to let an unfinished plot clutter my thoughts.' He'd probably claim to be aghast by the superficial skimming era we find ourselves in, and perhaps he'd have a point. Nicholas Carr, the author of the book entitled 'Shallows' would surely agree with him. What can be more shallow than making snap judgments about any given book based on first impressions?

I Don't Bother Finishing Every Book

These people may be aware of statistics. Google says there are nearly 130 million books in circulation in the world, and 4500 are published in the USA alone, daily. A person who commits to completing 50 books in a Goodreads challenge each year, would have to read for a century to tap into 0.00004% of them.

As the years are short and fly by so fast, and there are many books we'd enjoy far more just waiting to be discovered, what is the point of slogging on with a book which isn't engaging us? Not every story is to everyone's taste. Doggedly persevering simply wastes the precious time we could be spending on books which could be a far better fit.
Librarian and author Nancy Pearl addresses this in her book entitled, 'Book Lust.' She suggests her 'Rule of Fifty.' If you're 50 years old or younger, why not commit to reading the first 50 pages before deciding whether to read on or give up? If you're over 50, she recommends subtracting your age from 100, and that's the number of determining pages you should read.

My Point of View

I admit I've reached a certain age which makes me more inclined to side with the non-finishers. I believe in giving books a fair, fifty page, or even 100 page trial, but by then, I've probably developed a fair idea of whether I should keep going. Over the years I've stuck to books I've been forced to study or have committed to review for blogging programs or authors. This has been enough to show me that the first third of any given book is usually a sound indicator of whether or not I'll enjoy the whole.

If it's a novel, and the characters are flat and the plot creeps along like a tortoise, it probably won't get much better. I've read many of books in my lifetime, and generally find that if I'm going to like them, I'll be engaged right from the start ninety percent of the time.

Did you ever complain about having to read books you hated at school, just so you could churn out painstaking essays about them? Some of these school novels left us with bad after-tastes about perfectly good authors for years. Well, the good news is that in most cases, nobody is forcing us stick with unpalatable books any more. I like to encourage readers to appreciate and utilise the freedom of no longer being in school.

If you need somebody to give you permission to quit a book you're finding tedious, maybe I can be that person. Although books may feel like people, it helps to remember they are only books, and won't get offended (although the person who wrote or recommended it might). But in general, leaving a library book unfinished is not as hard as breaking up with somebody you're dating. If you're procrastinating rather than hugely anticipating your next spare moment when you can pick up the book, it might be wiser to drop it. If you don't daydream about it and sense it calling you back at every opportunity, then it probably doesn't matter if you don't finish it.
I don't share Tolkien's experience of unfinished plots cluttering my thoughts. If I'm finding books to be a drag and put them aside, they're more likely to burst like bubbles and disappear from my thoughts. Especially when a better fit comes along.

So take it back to the library, donate it to a Goodwill shop, delete it from your kindle and get on with something good.
Now, I'm aware that this is just me, and perhaps my current DNF exhilaration is the result of many years of having to read books I didn't enjoy. I'd be very interested to know where you stand on the subject. 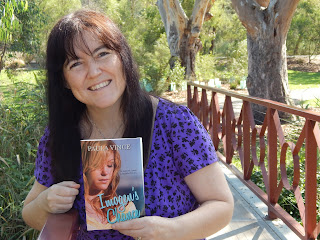 Paula Vince is an award-winner author of Australian Christian fiction. She has been a student and homeschooling parent and is always an avid reader. She lives in Adelaide's lovely coastal suburbs, a beautiful place for inspiration.

These thoughts were bought to you by Paula Vince at 05:30