Behind the Scenes: Scattered by Nola Lorraine

Today we go 'behind the scenes' as Jeanette (Jenny) O'Hagan interviews Nola Lorraine (aka Nola Passmore) about her upcoming release of her debut novel, Scattered. 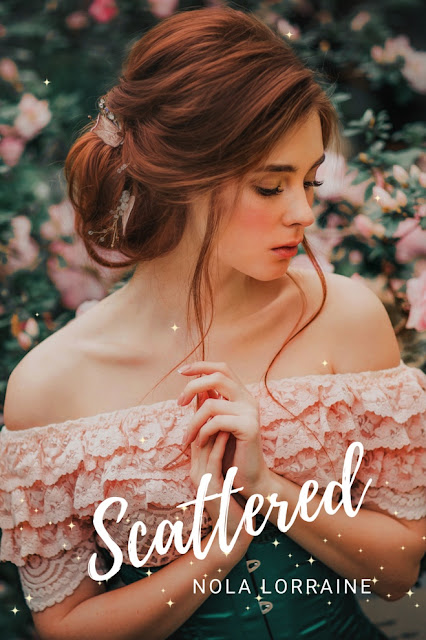 Jenny: Congratulations on your upcoming release, Nola. What inspired you to write your debut novel ‘Scattered’?

Nola: Thanks Jenny. The novel has been a long time coming. I first got the idea when my husband Tim and I visited the Canadian Maritimes in 2012. I heard about Sable Island, which is famous for its colony of wild horses. It’s about 300 km from Halifax and is known as the Graveyard of the Atlantic because more than 350 ships have been wrecked on its shores. Then when we went to Prince Edward Island, we came across a sign dedicated to John Willoughby, a volunteer at Avonlea Village who had helped many descendants of the British Home Children reunite with their families. I’d never heard of the Home Children, but I later discovered they were part of a migrant program that sent poor and orphaned children from Britain to Canada from the 1860s through to about 1930. The seeds of my novel had been planted. My heroine Maggie is on her way to Halifax to search for her brother and sister who had mistakenly been sent to Canada, but she’s shipwrecked on Sable Island and develops a special relationship with one of the horses. It took several years to get the rest of the plot in place, but I had my beginning.

Jenny: Tell us about the main character, Maggie. What drives her? What keeps her going despite the obstacles in her way?

Nola: Maggie is a 19-year-old Englishwoman who had been working abroad when her mother died. She has already lost her father and a brother, so when she discovers her two younger siblings have been sent to Canada, she’s desperate to find them. For a long time, I thought her love of family was enough to drive her search. As I got to know her better, I learned that there were also some deeper issues of abandonment that she had to deal with before she could move forward. A lot of obstacles are thrown at her, but her faith keeps her going, as well as the love and support of a dashing newspaper reporter and her new Canadian friends. If she has a flaw, it’s that she can be impulsive in her desire to speed things up, and that sometimes causes her problems. 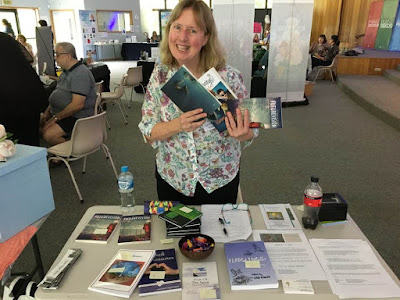 Jenny: You’ve written an impressive number of poetry, short fiction and non-fiction pieces. How is writing a novel different?

There are some obvious things of course, like the length and complexity. However, I think one of the main things is the perseverance you need to complete a novel. I set myself a difficult task by writing an historical novel set in 1882 in a different country. I knew it would involve research, so I started by reading books on Sable Island and the Home Children. However, I was amazed at how many little things I had to find out to make it authentic. For example, it’s wasn’t enough to know that the telephone was introduced into Canada in 1880. I had to know what types of people would have had some of the earliest phones and how long it took for phonelines to be laid in different areas. The research was never-ending. Then there were the rewrites, some of which involved taking out huge chunks of the plot and totally rethinking some scenes and chapters. If I’d known how much work would be involved, I may not have started. But I have a very supportive husband and writing group who kept me going. I also prayed a lot about the trickier aspects and there were many times when I felt God gave me insights as to how to proceed.

Jenny: What do you know now about the craft and business of writing that you didn’t when you started?

Nola: This book has been a seven-year journey, so I now know about a hundred things I didn’t know before – LOL. I think one of the biggest ones is that it’s so important to have a good plot before you start tinkering with the prose too much. When I started, I had a general idea of where the story was headed, but it changed so much as I went along. Some of my most beautiful, gut-wrenching scenes ended up on the cutting-room floor because they didn’t fit the evolving plot. A lot of craft books and workshops will teach you the ‘how-to’ of creative writing (e.g., show-don’t-tell; snappy dialogue; good imagery), and all of that is important. However, if you don’t have a good story, you could end up with beautifully written rubbish. So my advice would be to work hard on your story, then polish it up.

You also really need to be thinking about marketing well before you finish your book. I highly recommend Iola Goulton’s Kick-Start Your Author Platform (https://christianediting.co.nz/kick-start/ ) online course. It’s a great way to get you started.

Jenny: Now you’ve finished your first novel, what plans do you have for the next one?

Nola: I’m in the early stages of plotting the second novel. It will be set in 1896 in Nova Scotia and Prince Edward Island, and features one of the characters who was a child in the first novel. I can’t say more due to spoilers. (Wink wink!) I’m also working on a small devotional book and have been blogging some of the material for that on my website.

Thanks for chatting with me today, Jenny. It’s been fun. 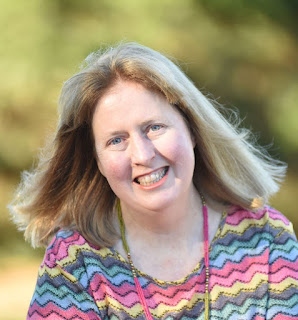 Nola Lorraine (aka Nola Passmore) has had more than 150 short pieces published, including poetry, devotions, inspirational articles, true stories, short fiction and academic articles. Her debut novel Scattered is being published by Breath of Fresh Air Press (https://www.breathoffreshairpress.com/) and is due for release on 20 October 2020. She also co-edited the Glimpses of Light charity anthology with Jeanette O’Hagan.

When she’s not engrossed in her own writing, she’s helping other writers through The Write Flourish, a freelance editing business she runs with her husband Tim. She is passionate about faith and social justice issues, and loves weaving words of courage and hope. She would love to connect with you through her website and social media platforms.

These thoughts were bought to you by Jeanette O'Hagan at 04:25