Most Thursdays in 2019 we will be interviewing one of the members of Christian Writers Downunder – to find out a little bit more about them and their writing/editing goals.

I’m a wife and mother of 4 (3 of them teens – pray for me!), I’ve worked as a high school English teacher, and I live in the beautiful Southern Highlands of NSW.

I’ve been a big fan of Jane Austen and Georgette Heyer for many years, so after experimenting with a few contemporary stories (based mostly in Australia, with Aussie characters) I tried my version of a Pride and Prejudice-type story, but with a strong God thread woven through. This first historical novel of mine became The Elusive Miss Ellison, which was published in 2017. Since then I’ve seen 8 Regency-era books published, with my ninth, Misleading Miss Verity, releasing next week (available for preorder now!). I love this era of the Regency period (1811-1820) because it was a time when England was experiencing so much social and technological change, with wars, exploration and scientific discoveries leading to a treasure trove of fascinating stories waiting to be discovered. Plus, the allure of a certain Mr. Darcy character can never hurt, can it? ☺ 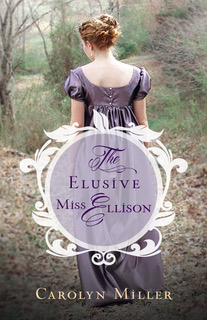 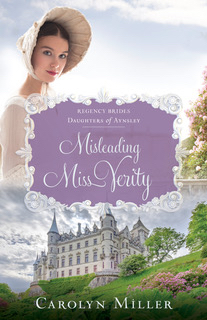 I’ve had lots of different people read my work, from teenage girls to elderly grandfathers, which is certainly a surprise as I didn’t expect older men to be a part of my audience! But it’s lovely to see how stories that some might dismiss as mere romance actually have enough grit and realism to appeal to a wider readership. My first two books have been translated into German and Dutch, so I guess that means there must be people in those countries who have read them, which is pretty surreal to this small-town Aussie girl!
Who would I like to read it? Anyone, everyone! I was speaking at a ladies end-of-year gathering last week, and mentioned some of the themes of my books, and one lady asked for ‘the book about social anxiety,’ (The Dishonorable Miss DeLancey) so I hope (and pray) that people who need to connect with some of these themes, whether it be miscarriage, infertility, family dysfunction, or reconnecting with God, will find these truths wrapped up in fiction through reading these books.

Story sparks happen anywhere: news items, things people share, whatever intrigues me enough to want more. Eg my family and I were travelling to church one day talking about tongue twisters, and I had to google the story behind ‘She sells seashells by the seashore’ which led me to Mary Anning, and early 19th century fossil hunters, something which I incorporated into a story that ultimately became A Hero for Miss Hatherleigh, which released earlier this year. I love how random things can lead to stories! 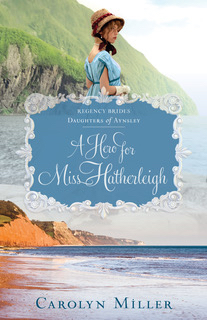 I’m not a huge plotter, so once I’ve got my idea I like to try and write down the scenes springing to mind, to not lose the freshness of them – it’s often where some of my best dialogue exists. Usually I’ll have an idea of the opening scene, and what major plot points need to happen, and the ending is not hard (hello, I write HEAs!), so I like to delve into writing to get the first draft out in a few weeks. This isn’t always easy, as I have to juggle family responsibilities (even more so as my hubby often works away from home for up to ¾ of the year), but I do love the sense of flow that uninterrupted writing time gives me – which usually occurs between 9 and 3 when my kids are at school.
I love quiet, so I can talk aloud to myself (well, my characters can ‘speak to me’), and hear the rhythm of words as they flow. Quiet is a valuable commodity!

I have found The Emotion Thesaurus by Angela Ackerman and Becca Puglisi to be really good in delving into the experience of emotions. Characters are the portal through which we experience a story, so it’s important to show not just tell their emotions, so the reader can more fully sympathise with the character, and hence engage with the story.

I first met Jenny Glazebrook at the Omega Conference in Melbourne in 2015, where I knew no one in the Aussie Christian writing scene. I’m SO glad I went, and discovered other Christian writers who had voices in their heads that simply had to be written down! Jenny’s warmth and solid Christian faith and encouragement helped this shy, unpublished newbie feel at home, and we have developed our friendship over the years to the point I’d call her one of my best friends.
I also want to give a shout out to Narelle Atkins who also spoke at that conference about writing a series – something I’d never really considered before, but after her session could suddenly see how the various historical stories I’d already written could be moulded into a series, which has ultimately led to the publication of three (linked) trilogies, and the ideas for more.
Go to conferences like the Omega Writers conferences – it can totally lead to God=things.

I’ve signed another contract for another 3 book historical series (The Wallflowers) with my publishers, Kregel, which will see a slower pace of one Regency being released per year rather than three. This allows room to develop other story ideas, such as dipping my toe into the contemporary market, which I’m doing through my involvement with the Independence Islands novella collection, which will see five 50,000 word novellas release in the next 2 ½ years. It’s so fun to write contemporary, and not have to worry whether a particular word or phrase was around 200 years ago! I’ve written the first draft of my contemporary novella, Restoring Fairhaven, and this week I’m back to editing the first draft of my historical novel, after which I hope to edit the first draft of my Christmas Regency novella which will be part of a novella collection releasing next year. I work well with deadlines, and knowing Christmas is coming (plus school holidays that won’t allow so much time to write) means I’ve had to knuckle down and get drafts done. So, I’m busy, but I’m also loving it – God is good!

My husband and I pastored a church for ten years, and it was really through the challenges and the aftermath of that experience that I learned so much about God’s grace and forgiveness and love, themes I incorporate into my stories. I write unapologetically Christian fiction, so my characters pray, look to the Bible for answers, attend church, and wrestle with some of the God challenges  along the way – just like I do. I want readers to be encouraged and inspired (as well as entertained) by my words.
The whole process has been a God journey, from praying about whether to enter particular online writing contests, to the agent who ‘just so happened’ to write Regencies, to the publisher who ‘just so happened’ to want to expand into a new genre – historical romance, to the various authors and reviewers and readers who have been kind enough to support my stories and bring them to a wider audience.
I’m so encouraged to receive emails that say how my fiction has made readers dig deeper into their own spiritual walks, such as the reviewer who said “I am so grateful for the novel Underestimating Miss Cecilia. Carolyn Miller has penned something more than just a Regency-era novel, she has crafted a fictional place that allows the reader the opportunity to wrestle with various internal struggles and hopefully come out the other side stronger in relationship with God. Yes the plot is engaging, yes the characters are well written and endearing, yes the happily ever after is satisfying, but it is the timely themes that make this novel stellar.” That is why I write. I may not be pastoring anymore, but I see my writing as my ministry. I really want readers to come away inspired by the hope that is found in God, and know that He loves them, has good plans for them, and that He is always trustworthy and faithful. 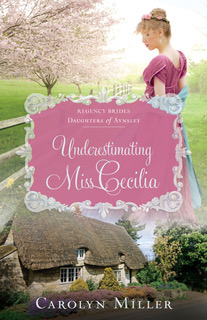 Misleading Miss Verity comes out next week! I am giving one away to any Australia-based commentator. The lucky reader will be randomly selected by me from those who comment below. 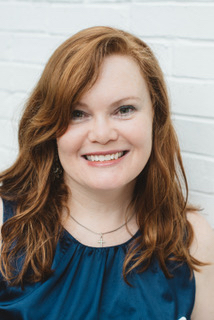 Carolyn Miller lives in the beautiful Southern Highlands of New South Wales, Australia, with her husband and four children. Together with her husband she has pastored a church for ten years, and worked as a public high school English and Learning and Support teacher.
A longtime lover of romance, especially that of Jane Austen and Georgette Heyer’s Regency era, Carolyn holds a BA in English Literature, and loves drawing readers into fictional worlds that show the truth of God’s grace in our lives. Her Regency novels include The Elusive Miss Ellison, The Captivating Lady Charlotte, The Dishonorable Miss DeLancey, Winning Miss Winthrop, Miss Serena's Secret, The Making of Mrs. Hale, A Hero for Miss Hatherleigh, and Underestimating Miss Cecilia, all available from Amazon, Barnes & Noble, Book Depository, Koorong, etc