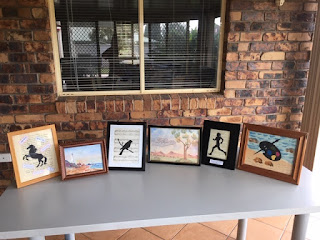 For the last three years, the members of my writing group have exchanged recycled Christmas presents. Each gift must be either something we already own that we’re regifting; something we’ve obtained from an op shop (i.e. charity shop); or something we’ve made, mostly from materials we already have at home. Although we started ‘recycled Christmas’ to save money, it’s turned into an amazing time as each person tries to think of just the right thing to bless the others.

This year, I gave framed pictures that included a Bible verse relevant to each person. All of the frames were secondhand, mainly bought from op shops. The collaged pictures were made from old watercolours that hadn’t quite worked on their own, pages from old books or sheet music, and paper and card from my scrapbooking stash. I’ve also recently made a couple of notebooks from recycled paper, and a concertina book from a mixture of new and retro materials. 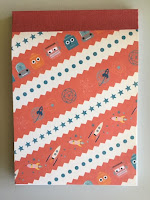 These arty-crafty projects got me thinking about how we could apply the same principles to our writing. Recycling could help us to gain a wider readership and increase sales. It’s also a great way to get the creative juices flowing, learn some valuable lessons, bless others, or just have fun. I’ve given some suggestions below under the broad headings of recycling, upcycling and repurposing, but don’t get too hung up on the categories as there’s a lot of overlap. The main point is to see whether any of these suggestions could spark some ideas you might like to follow up.

Recycle – Use again or convert waste into reusable material.*

Upcycle – Reuse discarded objects or material in such a way as to create a product of higher quality or value than the original.*

Repurpose – Adapt for use in a different purpose.*

Try to think outside the box with your writing. You may have conceived an idea for a short story, poem or devotion, but it doesn’t have to stay that way.  Try one or more of the following. 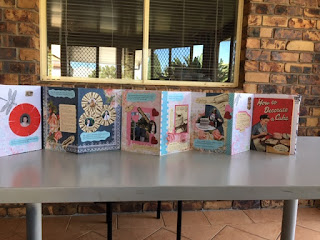 
Have you recycled, upcycled or repurposed any of your writing? I’d love to hear your examples. If you haven’t tried it yet, perhaps choose one of the suggestions above and plunge in. You don’t know where those seeds of inspiration will take you.

(* Definitions used in this article are from https://en.oxforddictionaries.com/) 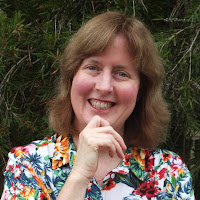 Nola Passmore and her husband Tim run a freelance writing and editing business called The Write Flourish (www.thewriteflourish.com.au).   She co-edited the Glimpses of Light anthology with Jeanette O’Hagan in 2015 and has had more than 150 short pieces published, including poetry, devotions, inspirational articles, true stories and short fiction.  She is almost finished her debut novel Scattered which will be published by Breath of Fresh Air Press. She co-leads the Toowoomba chapter of Omega Writers and loves driving them nuts with her ideas J