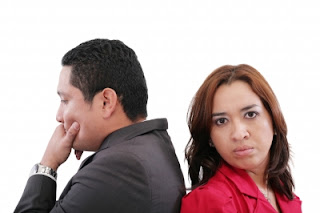 That was me for far too many years; searching for a soulmate, ‘needing’ a fulfilling relationship, hoping for domestic bliss. Yet the harder I looked the further the prize receded into the distance.

It’s a basic human need, this need for love and belonging, and we reach a point in our lives where our spiritual and emotional growth can become stymied if we fail to satisfy that persistent yearning. We become ‘stuck’, unable to move on with other important tasks and milestones in life. Most of us settle down and marry in our twenties or thirties and muddle on with varying degrees of conflict and stress, peppered with romantic highlights and for those who get lucky, some hard-won joy and contentment.

Others of us turn to our careers or what we perceive to be our passion to fill that nagging ache within our hearts and souls. Still others care for parents and relatives, and some of us are besotted with our four-footed furry friends. Every path taken is valid and significant, and every twist and turn can be molded into a valuable lesson. For me personally, ‘real’ love remained elusive and I settled into my 56th year determined to find ways to live a meaningful life without a partner by my side. In fact, God sort of arranged it for me.

It’s not that I’d forgotten about God over the years or even ignored Him overmuch. I’ve been a believer for a long time now and constant communication between El Shaddai and this somewhat wayward daughter of His has been the norm. Yet, I still made some wrong assumptions that drove a wedge between us. I was still trying to fill the God-shaped hole, which exists inside all humanity, with human love.

But God pursued me relentlessly.

A fiancé (not the first) exited stage right (my front door) in a flurry of doubt and confusion, citing unfinished business and pressure from his adult children. It’s a long and somewhat wretched story that I’ll leave entirely to your imagination. (Cue in the musical score from Les Misérables.)

This time, the separation was so traumatic, following close after my mother’s death, that I decided to go it alone for the rest of my days. Well, not quite alone…for God had finally got my full attention. I was done with human relationships (family and friends excepted). Absolutely done, I tell you.

I’d voiced similar sentiments in the past but this was the first time I knew, in my heart of hearts, that I truly meant it. I finally handed the reigns entirely over to my Creator and King, and the fear began to dissipate. Grief remained for a time but not intolerably so. Over the following months, as I read more and more scripture, searching each page with new impassioned eyes, a mantle of peace descended. My shoulders eased. The panic attacks began to ebb away.

As I steeped myself further and further in Christian literature and reached out to my priceless, loving Christian friends, I began to really know my God.

And you know what? I liked Him a lot! In fact, it wasn’t long before I was pretty sure I was in love! And the revelation that left me the most ‘gobsmacked’ is that I knew I’d finally found the one true love; the only one who could completely cherish every inch of my being; the only one strong enough, wise enough and gentle enough to give my still-girlish heart the depth of love and security I’d craved all my life.

But God didn’t stop at sweeping me off my feet. In very short order He set about building our very first home. It was a dream I thought I’d never achieve, and truth be known, no one else believed I’d achieve it either. Financial advisers insisted that, at my age and having only a disability support payment as income, I had no chance of breaking out of that iron-maiden commonly called the rental trap. Real Estate agents shook their heads and showed me through shoddy little hovels they assured me were within my price range. It was disturbing to see the combination of pity and desperation in their eyes as I said no, time and again. God had better in store for me. I was certain of that much.

He knew and understood my special needs and He also knew the desires of my heart, as, of course, He still does. This was one guy I was going to trust to come through for me. We were a team now and I had to learn to work with Him, not under my own steam for a change. I listened carefully, and I stepped out in faith, asking Him to stay my hand if I misread His cues.

And so it was that I came to find a block of land in one of the most beautiful parts of the country; a bank to give me the very small mortgage I needed to secure it, and a builder to give me a fixed-price contract beyond all the odds, which just happened to fit my tiny budget. How those funds came to be in my bank account in the first place constitutes a whole parallel narrative to this story, but I’ll spare you those seemingly mundane details for now. In truth each step of the process was a miracle.

During this honeymoon period of ours, God flooded me with His miracles. It was a tsunami of blessing and abundance. Along the way, there were some headaches and stresses, but that’s to be expected when you build a house.  We took it in our stride. Mostly, we just had fun! What a happy time we had collaborating over building design and materials, flooring, paint colours, tiles…and all the little extras that make a house a home. It was effortless!

We moved in about a month after the expected hand-over date but He had even that under control. At first I was disappointed about having to wait but I soon realized that, with my chemical sensitivities, I wouldn’t have been able to live with the odour of fresh paint. It would have brought me to my knees physically. And so God delayed things a little. By the time He carried me across the threshold (for real!) the odour had dissipated and all that remained was the heady fragrance of fresh mountain air.

For the finishing touch, He proceeded to fill my rainwater tanks with bountiful rain. They’re overflowing as I write.

I don’t know any human being who can pull that off, do you?

I think I might finally have met ‘the one’. And He doesn’t even mind if I find human love as well, as long as I continue to put Him first. Either way, I’m going to be just fine.

God makes a fine husband. In fact, there’s none better.

Melinda Jensen is a writer concerned with social justice, spirituality, the environment, and equality. She authors a blog on domestic abuse, particularly as it pertains to its psychological and emotional effects. Over the years she has had a smattering of short stories and poetry published in national magazines and anthologies.  At the moment she is working on two fantasy novels with environmental themes, both aimed at middle school readers. And more importantly, she’s engrossed in a non-fiction work that focuses on thriving in a materialistic, consumerist world, while limited by a tiny budget.

These thoughts were bought to you by Miss Min at 05:30