In the Light of Easter 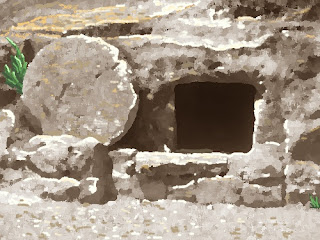 On this eve to arguably the most important festival in the Christian calendar - Good Friday followed inevitably by Resurrection Sunday, I thought I might meditate on Christ figures and forgiveness in literature and Western culture.

Forgiveness, redemption and Christ-figures are common motifs in much of Western story-telling and this is not an accident. Many of the concepts and values our secular humanist culture takes for granted arise out of the Judaeo-Christian heritage - including concepts of grace, unconditional love, the inherent value of each individual regardless of their position in society, and the concept of loving even the haters and the terrorists in this world or our neighbourhood.

A Christ-figure is a character that reflects in some way the mission and nature of Jesus. Sometimes the similarities are explicit, at other times they are veiled or partial. They have the potential to mislead or to awaken the reader to the possibility of God's love and grace.

In Lewis' Narnia, Aslan clearly represents Christ. He is the son of the Emperor Beyond the Sea, 'not a tame lion' who both creates Narnia through his song and brings it to an end. He is good, beneficent and powerful, yet attracts the ire of the White Witch and ultimately gives his life for the traitor, Edmund, thus saving the son of Adam and all of Narnia from the White Witch. Death is unable to hold him due to the deeper 'magic' of his Father.

In Tolkien's Lord of the Rings, three characters are often said to represent Christ's three roles of priest, prophet and king - Frodo who takes the ring to Mount Doom, Gandalf the Grey who guides the fellowship with wise counsel, dies in the battle with the Balrog but is brought back to glorious life, and Aragorn, the scorned and humble man who becomes King.

In Paul Gallico's The Man Who Was Magic, Calvin Miller's The Singer trilogy and Peter McKinnon's The Songs of Jesse Adams, Christ's story is retold in allegorical terms, as it is also in Anne Elizabeth Stengl's Heartless.

Others might include Superman, sent to this world as a baby, who is powerful and invulnerable and uses his powers to save others. Or Neo in the Matrix who, advised by the Oracle and accompanied by Trinity, gives up his life to destroy the enslavement by The Matrix. Or Jean Valjean in Les Miserables - first as the recipient of grace given by the bishop he stole from, and then he himself sparing his relentless pursuer Javert's life and risking his life for the sake the man his daughter loves.

Here are some parallels that may be present.

1. May have mysterious, supernatural or prophesied origins.

2. Is usually a good, pure person who doesn't lash out at others and treats all people as worthy.

3. May be tempted to use his or her power unwisely or to forsake his mission.

4. May suffer deeply, not because of his or her own flaws or weaknesses, and often because his seemingly unnatural goodness incites backlash by those who feel inadequate and challenged.

5. Ultimately, he or she is willing to sacrifice his life for the sake of others.

5. His sacrifice is not pointless but radically changes the circumstances, perhaps for one or two people or for a village or a nation or the world.

6. Despite dying, he comes back to life and triumphs over evil. 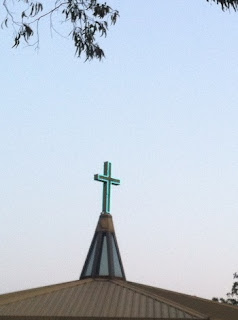 Rarely does a Christ-figure include all of these motifs, unless he (or she) is an allegory for Jesus. Aslan is always a lion, or at least a cat. Tolkien uses three figures to represent different aspects of Christ's life and work. Unlike Jesus, who takes on our humanity in full measure, Superman is invulnerable (apart from kryptonite). Jean Valjean is more like the Christian, who loves others because God loved us. Valjean extends the forgiveness he himself, a flawed and lost man, experienced from the saintly bishop.

One blogger, Erik cited by Nina Munteanu suggests 'Western culture’s “concept of Redemption has invariably separated from the Grace that created it.”

Perhaps this is seen in a variant of the flawed redemptive figure who has often done dark or radically evil deeds. However, at some point, this person is willing to lay down everything for the sake of someone or something he or she loves.

I'm sure we can all think of examples - from Darth Vader (Anakin Skywalker) who turns to the dark side and does countless violent deeds for the evil Emperor, including the massacre of innocents, only to save Luke and be reunited with the good. Or Severus Snape, a cruel and sarcastic teacher who torments Harry and seems to be on the side of Voldemort until its revealed (spoilers) that out of love for Lily Potter, he was working to defeat this tyrant and courageously pays the ultimate price to do so.  Perhaps, this fascination with dark, redemptive heroes,  is taken in the extreme with a character like Dexter, a serial killer how turns his deadly compulsion to 'good' - by killing serial killers more evil than himself.

Why are such figures so popular? Maybe because all but the most narcissistic among us relate to a flawed character. We are aware that we are far from perfect and are encouraged that redemption is possible if we are just inspired enough by love. Somehow, we can find it inside ourselves to change and need not be beholden to a higher power to do so.

Another approach is to see forgiveness as a personal choice for the sake of one's own mental health. We forgive because holding on to a grudge is not worth it. This is an idea more akin to a Buddhist or Hindu concept than a Christian or Hebrew one.

The forgiveness God offers through Jesus's life, death and resurrection is not about His peace of mind, but ours. His father-heart is broken and aching because we reject and spur His love and goodness, preferring our own facsimiles, much to our own detriment. The Triune God, Father, Son and Holy Spirit, reaches out in a costly love to turn our lives around, to change us to the core, to make us anew. It is this ultimate sacrifice and sublime love that we remember at Easter (or Pascha).

Does all Christian fiction have to have a Christ-figure or redemptive themes? Not necessarily. Yet, perhaps we should write explicitly or implicitly in the light of the Gospel even when we don't shout it out in bold letters.

I do hope that our lives and our writing may express the wonderful truth of Easter in many and various ways as our fitting response to Him. 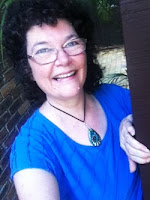 Jeanette O’Hagan first started spinning tales in the world of Nardva at the age of nine. She enjoys writing secondary world fiction, poetry, blogging and editing. Her Nardvan stories span continents, time and cultures. They involve a mixture of courtly intrigue, adventure, romance and/or shapeshifters and magic users.