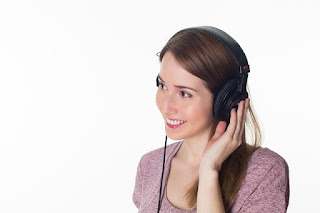 It’s a common question for writers. I’m sure you’ve been asked a few times in the past. Do you write with music or silence? It’s almost up there with “are you a plotter or a pantser?” I’ve always come down on the silence side of things. If I’m writing I need to be free from auditory distractions. Even if it’s just instrumental music it can pull me away. Interestingly though, I can program while listening to music, unless it is really intense algorithmic code. But enough about my day job.

I do find music very inspiration for setting the scene, but I’d prefer to listen to it before I write.

Recently, however, I came across something new and a little bit weird. It may work for some people. Writing with scene-appropriate ambient noise.

I write a lot of sci-fi, so many of my scenes are set on a space ship. When Star Trek: The Next Generation was first produced in the late 80s they made the decision to layer the engines of the Enterprise subtly rumbling in the background. If you pay attention you’ll hear it in every single scene set on the ship. It was probably a hotly debated decision. Would audiences really want that sound constantly in their ears while watching the show? It worked out well for them. It really added to the realism of feeling like you were on the ship with the characters.

Did you know that people have made looping videos of the Enterprise engine ambient noise on youTube? Want to get away from it all escape to the 24th century? Just close your eyes, pop on some headphones and listen to this:

That’s right 24 hours of engine humming! Don’t have it up too loud, though. It’s got to be subtle. Some people even fall asleep listening to this.

Getting back to my writing, I thought it would be cool to put this on in the background to enhance my setting. Make me feel like I was on a spaceship. It was pretty cool actually.

That’s when I found that ambient noise is a big thing on youTube. I was writing a story with a Victorian (1800s England, not the state in Australia) setting. Sure enough, I found a nice little video with ambient sounds of a Victorian street at night. It helped me get into the right head-space.

Writing a scene in a jungle?, writing a modern warfare scene? Have a scene on a tropical beach?, a restaurant?, the wild west?, a sailing ship? a city street or perhaps you’re writing a medieval battle scene. And we can’t forget everybody’s favourite sound of all - rain.

These background sounds certainly help me get into the setting. (It helps that I have an unlimited NBN plan). There is still, of course, the potential for distraction, but overall I think it is helping more than hindering, so I’ll continue to experiment with it. Not to mention, it’s just cool fun.

What about you? Do you think ambient sounds would help you get into the setting for your scenes? Have you used it before? What’s the most unusual setting you’ve managed to find sounds for? 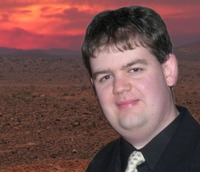