Early this year I was invited to make a contribution to an online site that I'd never heard of before - Great Australian Story. I read some of the other stories on the site and was very moved, amused and intrigued by these offerings. They give a great insight to so many aspects of life in Australia, honouring the brave, sharing funny stories and great achievements, and appreciating the extraordinary in the ordinary.
I decided to contribute a story about my great aunt, Mary Oakes. Her story was part of one of my early novels, The Price of Peace, and because it's now 100 years since WW1 and there have been so many commemorations of those who fought and died in the battles of the war, I thought something of the battles faced by mothers of those soldiers should also be told. Part of short story I wrote follows.
Mary Oakes was born in 1856 and was raised in the small country town of Murringo, near Young, in New South Wales. He mother, Suzannah, died in 1843 when Mary was just 17. A year later Mary married John Coddington and they had two children; Susan and William. Sadly, after just four years of marriage, John died of a fever. In that same year, 1878, Mary’s father, George Oakes, also died. In anyone’s estimation, that’s already a lot of loss for a young woman. At that time, continuing on with two small children would have been a great challenge.
In 1880 Mary married James Taylor and over the following sixteen years eight more children came along; six sons and two daughters. By the time the eldest children began to marry, it was clear that James came and went from the family quite regularly. Perhaps for work, or perhaps he was one of those men who wandered and returned unreliably. From remarks on the wedding certificates, his whereabouts was often unknown to Mary.
After the death of their twelve year old son, David, in 1903, James was never heard of again. David died from Tetanus after an accident on their small farm in Murringo. In 1912, Mary’s eldest daughter, Susan, died in childbirth. So much loss and pain to bear without the comfort of a husband.
When war was declared in August, 1914, Mary had three of her boys at home; James (27 years old), a labourer, Frederick (21), a horse breaker, and Herbert (18). No doubt she relied heavily on them for support and survival on the farm as there were no other social supports for women. Charles (29) worked in a nearby village as a blacksmith. The two older sons, William and George, were married and had families of their own. No doubt the war seemed an exciting thing for the young. There was enormous pressure for men to go and fight for the empire. It was considered cowardly by many for young men not to go. 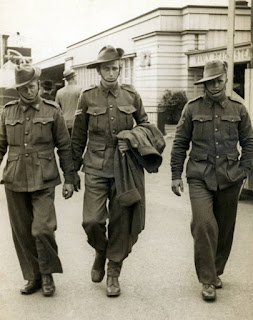 Frederick, aged 21, was the first of Mary’s sons to go. He enlisted on September 4th, within weeks of war being declared. At that stage there was speculation that it would all be over by Christmas. However, that was not to be the case. In January, 1915, Charles enlisted and in March James signed up. In August that year, Mary received a card from Charles, from Egypt, saying they were off to the front. By the front, he meant Gallipoli, where the ANZACS had landed in April and were dug in on the sides of steep hills, held off by the Turks. All of these names and details must have been terrifying and mystifying to women like Mary, waiting at home, hoping and praying that the war would end soon and their boys would come home safely.
In September Mary received word from the War Office that Frederick had been injured at Gallipoli and hospitalised. That same month another telegram came, to say that Charles and James had gone missing in action between the 6th and 25th of August, one at Lone Pine, and one at Hill 60.  Many soldiers’ bodies were identified and buried when their fellow soldiers had a chance to get out of the trenches and retrieve them. Many were not retrieved, not identifiable. For many months Mary did not know whether her two boys were dead, injured somewhere, or buried in mud.
In October, word came that Frederick was back in Egypt, hospitalised with fevers, but still no news of Charles and James. It was May, 1916 before Mary got word from the War Office that her two boys, James and Charles, could reasonably be presumed dead. About that time, she found out that Frederick was to be sent home to Australia with permanent damage to an arm.
It’s hard to imagine what pain she then experienced to hear that two of her other sons, George and Herbert, were about to enlist. George was 33, married with 2 small children. Whether he thought he was going to find his younger brothers, or to avenge them, or whether the pressure at home was so great, it’s hard to know, but he left his wife and children, took his youngest brother, Herbert, and off they went to war. Mary’s nephew, Arthur, son of her brother, also went with them.
These boys were sent to the Western front where the allies were trying to keep the Germans out of France.  Arthur was killed in March 1917 in Villers Bretonneaux.  Mary’s son, George, was injured in France in France, and returned to England to repatriate. Herbert was also injured, taken to England for treatment and returned to the front. The two boys returned to Australia in mid 1919. Both married and went on to have families of their own. I can only imagine their memories and nightmares as, along with thousands of other young men, they struggled to resume some kind of normal life.
It’s also hard to imagine the agony for Mary and her sister-in-law, Sarah Oakes.  It was 1920 before both of these women received notification from the War Office, attempting to finalise their deceased sons' affairs.
I can still weep for those women and marvel at the fortitude which enabled them to survive their pain, a pain and sacrifice that is often forgotten as we remember the fallen of the war.
Last year I attended a memorial service at Murringo (now called Marengo), to unveil a cenotaph honouring the Murringo boys who gave their lives. I couldn’t help but think of mothers like Mary and Sarah, and wish that their sacrifice and pain was also acknowledged and honoured.
This, along with many true stories; sad, funny, inspiring, can be found on Great Australian Story. (www.greataustralianstory.com.au) I'd encourage any of you as writers to consider making a contribution to the site. I've had numerous responses to my story and was able to link it to my author pages so that interested readers could find my novels if they chose to. It's also an opportunity for writers to practice their skills and get some feedback. Most of all it's a great way for down to earth, everyday Australian history to be documented.
Carol Preston 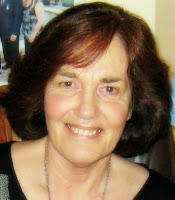 Carol writes historical novels based on her family ancestry in Australia from the First Fleet. They include the Turning the Tide series; Mary’s Guardian, Charlotte’s Angel, Tangled Secrets and Truly Free. Her earlier novels Suzannah’s Gold and Rebecca’s Dream have been re-released by EBP. Her new novel, Next of Kin, was released last year by Rhiza Press and her latest novel, Beyond the Fight was released this April. You can see more about Carol and her novels on her website, her Amazon author page or FB author page.
www.carolpreston.com.au
www.amazon.com/author/carolpreston
www.facebook.com/writingtoreach

These thoughts were bought to you by Carol Preston at 07:00