A Review of the saga, Federal Election by Jo Wanmer

This saga covers the progress of Turnbull attempting to strengthen his political position in Canberra. His antagonist, Shorten, jumps to the challenge and they parry for eight long weeks. The middle of the story was very boring and drawn out. I found the plot weak and the opposition unbelievable. I wanted to throw it aside but I continued to follow because of my personal involvement. At the close of the saga I had to make a choice. This is a ‘choose our own ending’ story. 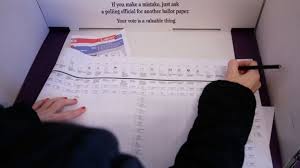 But who wants to select the ending when the two offered choices are uninviting and unsatisfactory? So in a vacuum of brilliance, Aussies added other options, leaving us with a Senate voting paper large enough to wrap my fish and chips.

On the whole, the characters were grey, dull, and strangely alike. Of average height and weight, living in average suburbs, they were both middle aged males. One had more money than the other, one from Sydney and the other Melbourne and although from different political persuasions, their greatest passion was proving someone else wrong. I longed for a flash of brilliance, innovative thinking, sparkling dialogue about an inspiring future. But I found no daring hero or heroine, just average politicians dancing like puppets, trying  to impress as many people as possible. Their performance was aimed at a particular ‘reader target’. In other words, they were boring at best, blatantly dishonest at worst.

At the extreme edges of the saga, both to the right and the left, a few minor characters added colour. Aussie’s gravitated to the brightness and did the unthinkable. They wrote their own ending to this boring saga. The expected clear-cut, tidy ending was dumped. Pauline Hanson, complete with red hair and loud opinions has been resurrected from the dead. Derryn Hinch, the belligerent outspoken human headline, Bob Katter, a big-mouthed cowboy and many colourful others will join Pauline on the cross benches of the Senate. They’ve lived life. They know hard work, great difficulty, broken marriages, small business challenges, financial success and failure. At least two of them have experienced the clang of jail doors. These characters engender a response. Love them or hate them, they are there and will add ongoing frustration and colour for an indeterminate length of time.

When we compare this colour with blue/grey suited, gray haired merchant banker or professional unionist, is it any wonder Aussies have rebelled and tried to write a more interesting ending than the expected three years of never ending blah? Now the unhappy  lead characters struggle to make sense of this new ending. 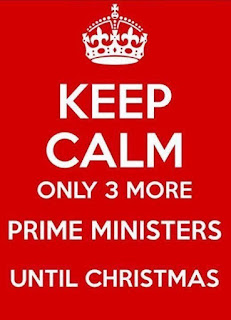 Colourful characters and passionate plots draw people, lots of people. Look, for example, at the presidential elections in the USA. Love or hate Donald Trump, we know about him! He has made a long boring campaign much more interesting. Why?  Because he breaks the rules, is full of life, stands his ground...and he has shocking hair!
As I ponder the uncertainty of our political future in Australia, I realise the election saga suffers a similar problem to many books, including mine.  The plot is either predictable or unbelievable. The characters are average or caricatures.

So there is a positive in this saga. I’m heading back into the pages of my book to add colour, interest and the unexpected. After all I want my reader to finish my book inspired and satisfied, not lying in bed at night dreaming of a better ending. 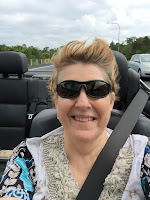 Currently Jo Wanmer is enjoying the Queensland sunshine and wind in her hair. When she's not touring with Steve or minding wonderful grandchildren, she's communicating hope. She is a pastor at a small family church at Burpengary called Access and loves speaking anywhere people want to hear of the love of God.
Her book ‘Though the Bud be Bruised’ was published in 2012 and there are two more novels in the pipeline. Her passion is to bring the love, healing and hope of Jesus to men and women who have walked through life’s valleys. There is always light at the end of the tunnel.

These thoughts were bought to you by Jo Wanmer at 20:26